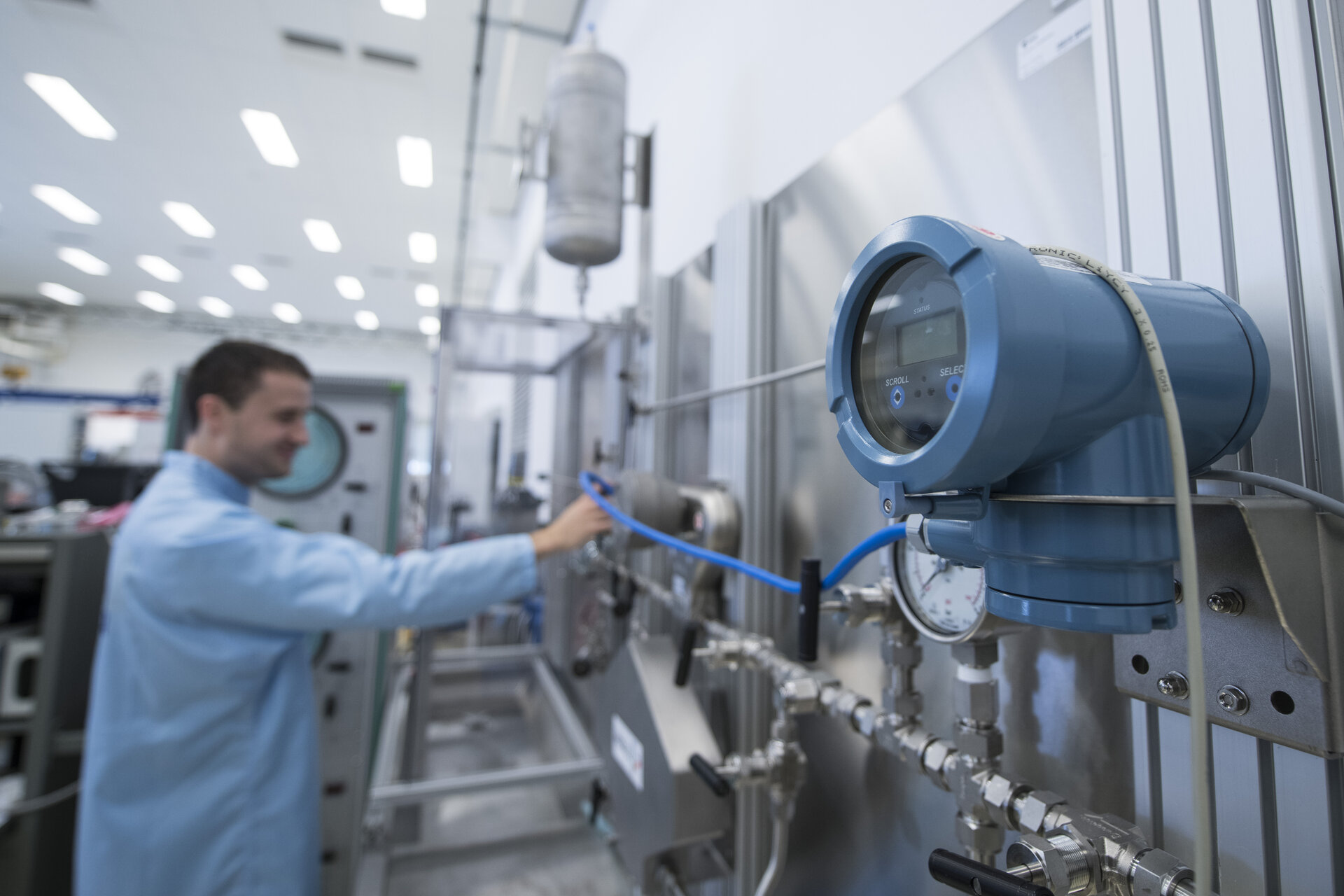 Part of ESA’s Propulsion Laboratory, this Water Hammer Test Bench simulates the vital moment early in a satellite’s life when propellant is first pumped through its propulsion system.

“Propulsion is a core subsystem, essential to the operation of the spacecraft,” explains ESA propulsion engineer Andreas Gernoth. “If other systems fail, impacting the spacecraft control – from solar array deployment to the reaction wheels that adjust satellite attitude – then the propulsion system has to go on working.

“So it is essential that the propulsion system comes on line as soon as possible after launch, sometimes even before a data link is established. The resulting ‘priming’ action is what we reproduce here.”

To help minimise the risk of leakage, propellant stays stored within a satellite’s propellant tank while on the ground. It is only released into the propellant lines once the satellite reaches space. But this abrupt surge of propellant can cause high pressure peaks, similar to the terrestrial ‘water hammer’ that can cause knocking in water pipes as taps are turned on or off.

In space, these peaks have the potential to damage thruster valves at the end of the lines, leading to propellant leaks. In the case of highly reactive hydrazine propellant, too high a pressure peak could even trigger an explosion.

Andreas adds: “These priming and water hammer peaks needs to be characterised precisely: the pressure sensors used within the Test Bench need to operate on a timescale of milliseconds, thousandths of a second.

“The propulsion systems for all space missions go through this kind of validation, with most of the work done using software-based numerical simulation – through a program called EcosimPro. This facility is used to validate the results, using water rather than actual propellants for safety purposes.”

ESA’s Propulsion Lab is based at its ESTEC technical centre in Noordwijk, the Netherlands, testing methods of controlling the motion of satellites in space, with a particular focus on electric propulsion.