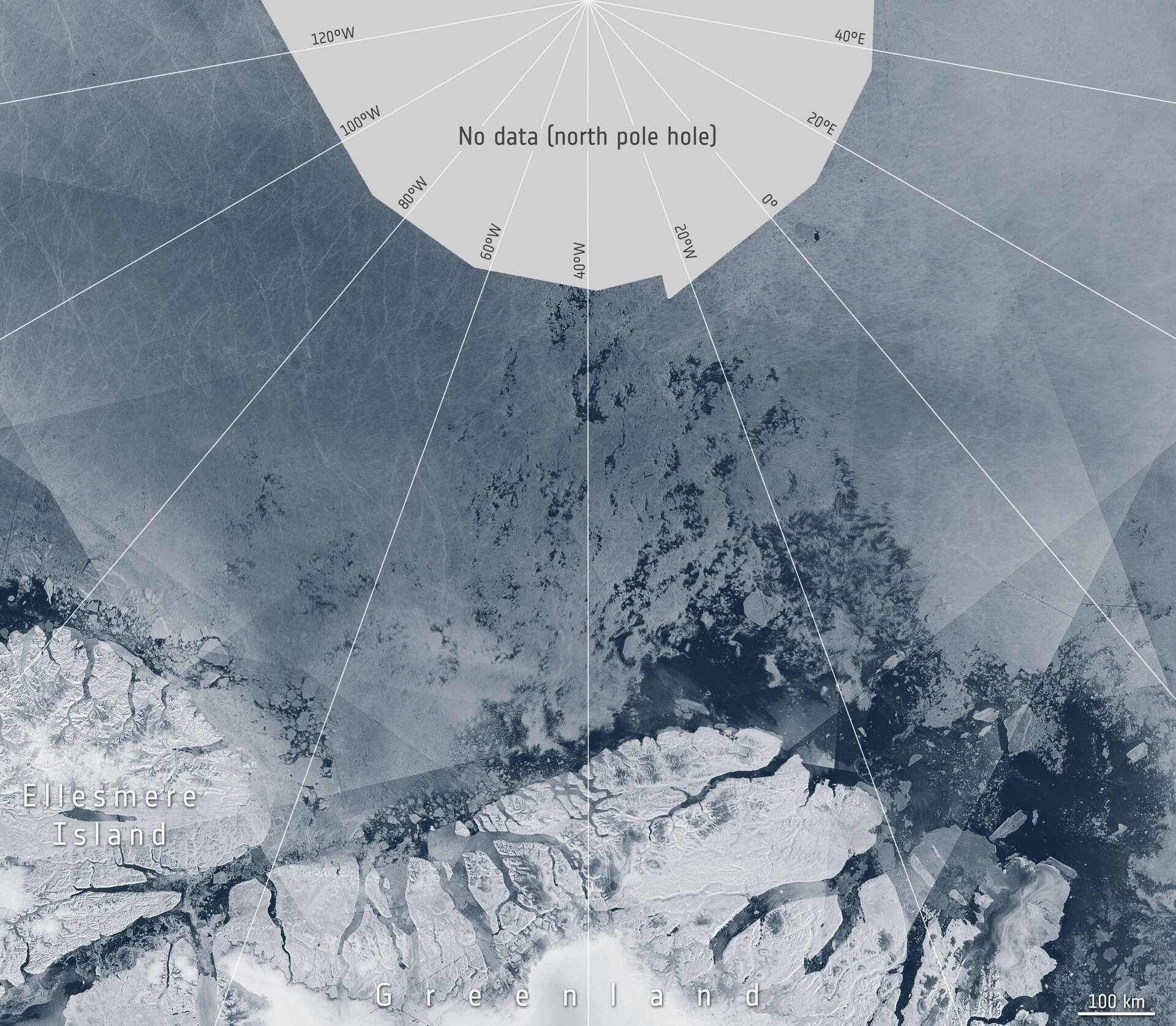 On 19 August 2020, the world’s largest and longest polar research expedition – known as MOSAiC – reached the North Pole after making an unplanned detour owing to lighter-than-usual sea ice conditions. The expedition now enters its final stage, where researchers will study the last piece of the Arctic puzzle: the refreezing of melt points and freezing of new sea ice at the end of the summer season.

This image shows the Arctic sea ice conditions north of Greenland captured by the Copernicus Sentinel-1 mission on 14 August 2020.