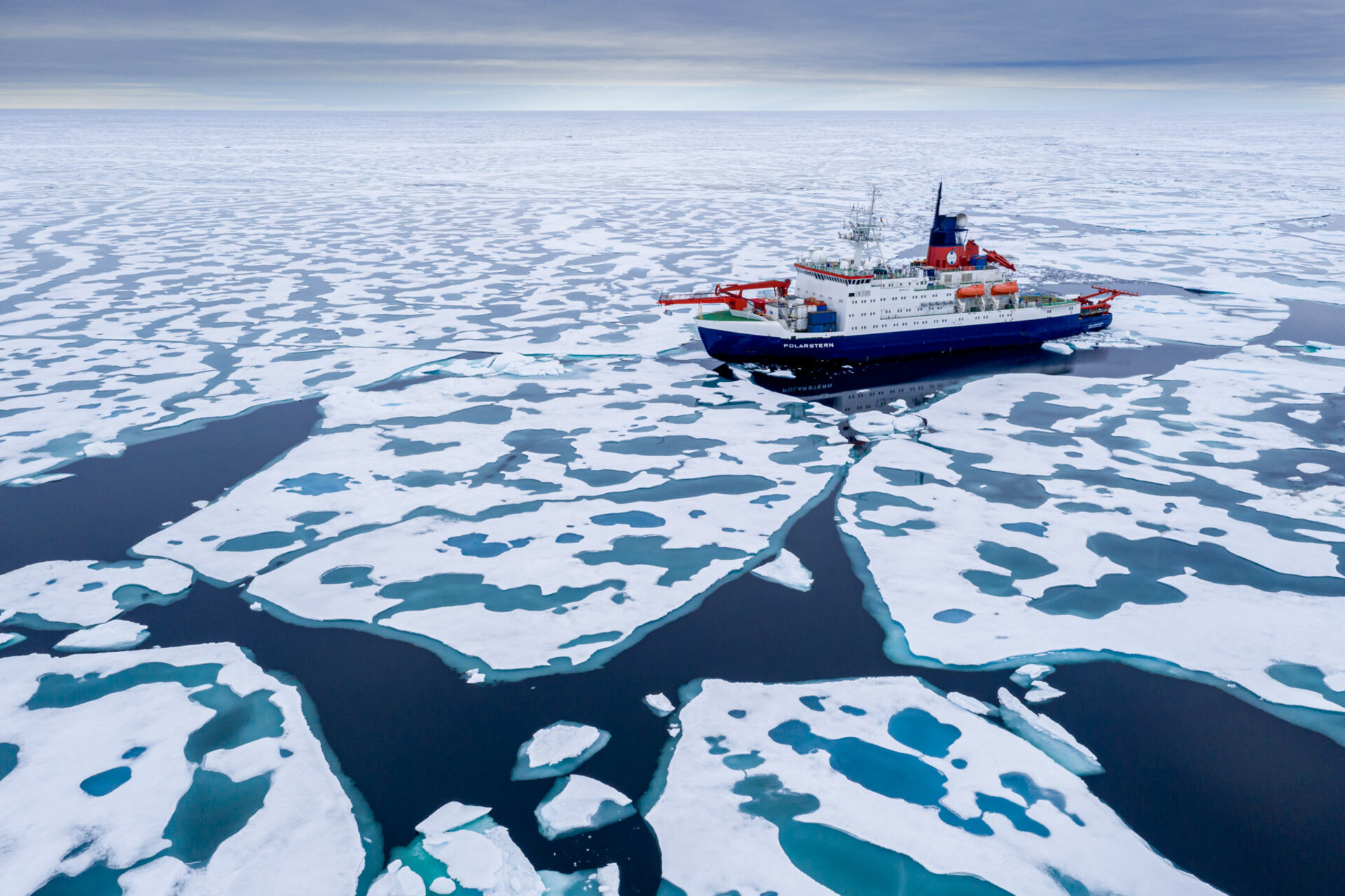 On 19 August 2020, the world’s largest and longest polar research expedition – known as MOSAiC – reached the North Pole after making an unplanned detour owing to lighter-than-usual sea ice conditions. The expedition is now entering its final stage, during which researchers will study the last piece of the Arctic puzzle: the growth of new sea ice marking the end of the summer season.

In September 2019, the German research icebreaker Polarstern set sail from Tromsø, Norway, to spend a year drifting through the Arctic Ocean – trapped in ice. After leaving the ice floe it had been sitting in for the previous ten months, the icebreaker travelled through the Fram Strait and along the northeast coast of Greenland – a region that is usually home to thick, multi-year ice.

Using radar satellite imagery and sea-ice data, researchers onboard the vessel determined that the ice conditions this year were ‘lighter than usual’ and were able to complete their journey to the North Pole in just six days.

Onboard, during the year-long experiment, around 600 researchers from 20 countries have been carrying out various experiments on the sea ice surrounding the ship in order to gain fundamental insights that are key to better understand global climate change.

Tânia Casal, Scientific Campaign Coordinator for the Multidisciplinary drifting Observatory for the Study of Arctic Climate (MOSAiC), explains, “The vital importance of these measurements is related to the fact that they are made continuously and simultaneously throughout the full year. The data acquired will give the scientific community an exceptional dataset that will be studied for years to come.”

One of ESA’s experiments includes the use of a new ground-based dual frequency radar which has been used to measure sea-ice of a different age and thickness and is also able to distinguish between the snow and ice among the first results.

Tânia comments, “Even though the conditions on the ice have been quite challenging due to the unusual weather conditions faced this year, first results have already revealed that warming events and associated changes of the snow surface can lead to an underestimation of the ice concentration – a major variable when studying the Arctic conditions.”

Understanding snow and measuring snow depth is very relevant also for ESA’s CryoSat and SMOS missions, as well as preparing for the next three Copernicus high priority candidate missions: CIMR, CRISTAL and ROSE-L.

Now that the Polarstern has reached the North Pole, researchers have picked out a new ice floe to attach to in order to observe and study the re-freezing of melt ponds and the start of autumn freezing of sea ice.

Normally, the North Pole is not usually covered by satellite data, and therefore leaves what is called a ‘pole hole’ visible in most Arctic maps. Ordinarily, vessels do not journey near the North Pole, so ice support services are not warranted or needed.

This posed a challenge during the MOSAiC expedition when the Polarstern ship drifted north of the Copernicus Sentinel-1 routine coverage to continuously study the development of the sea ice. In order to get around this, the WMO Polar Space Task Group (PSTG), which comprises 13 Space Agencies, has undertaken a special tasking of satellites to obtain data of the seldom imaged North Pole region. 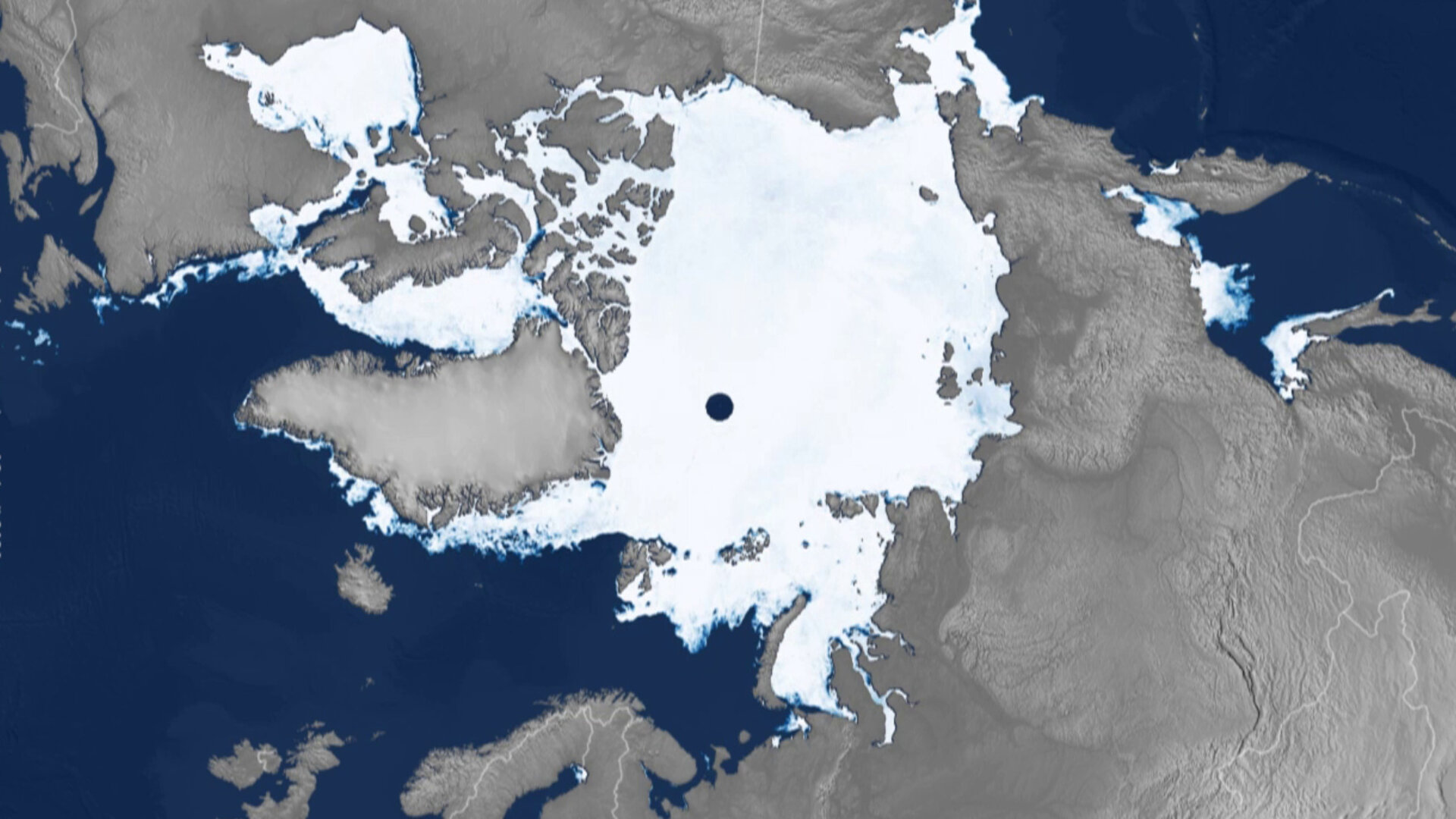 This involved obtaining observations from CSA RADARSAT-2 and RADARSAT Constellation Missions, DLR’s TerraSAR-X and ASI’s COSMO-SkyMed mission. ESA’s Mark Drinkwater says, “The Polar Space Task Group has made a very special effort in the name of MOSAiC and the Year of Polar Prediction science to collect data in a location where normally there is none.”

Depending on ice and weather conditions, the Polarstern will follow the Transpolar Drift southwards, from its current position at 88° North. The Polarstern is expected to complete the final stage of the experiment and return to Bremerhaven, Germany, by mid-October.