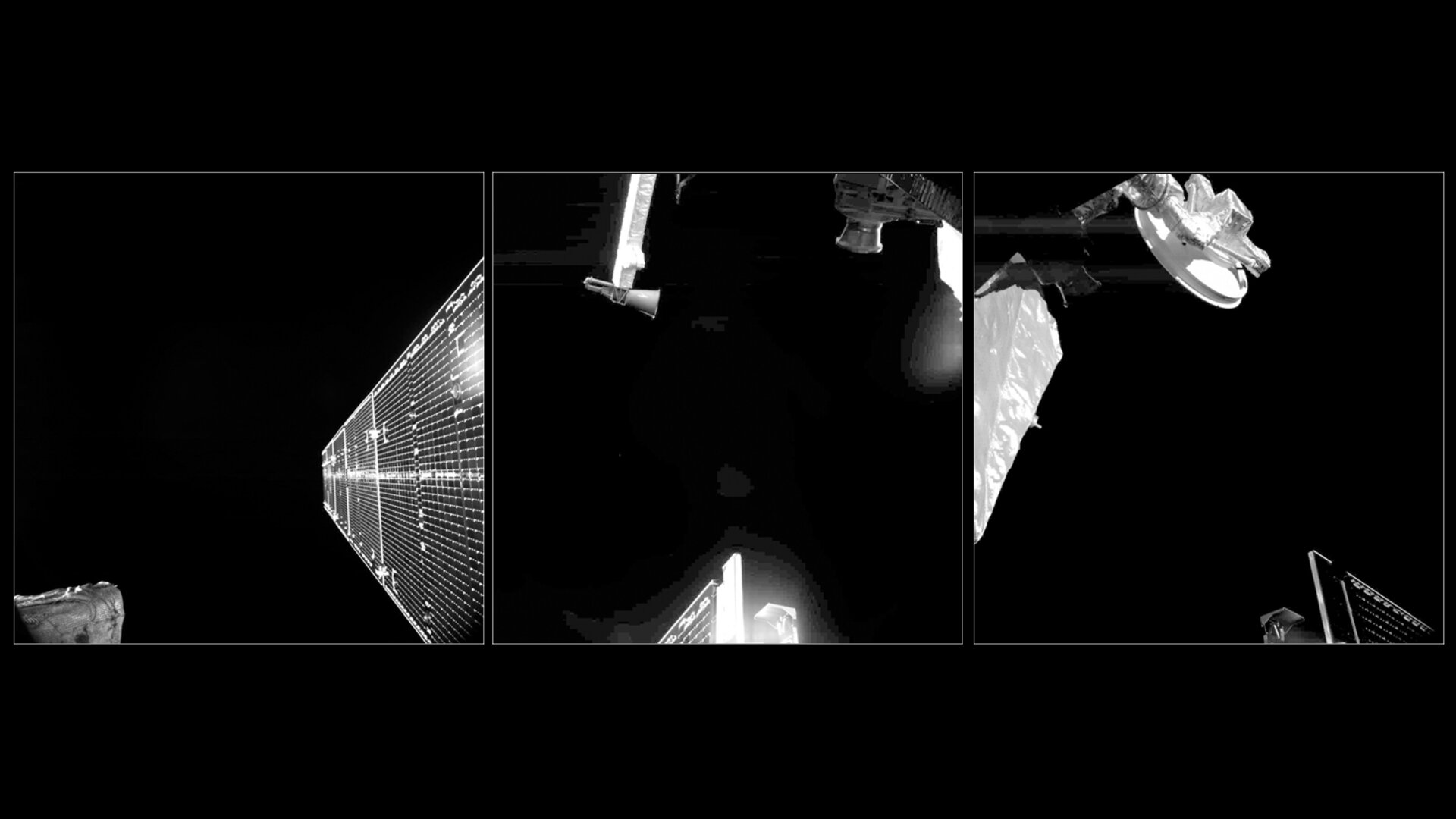 This trio of images was captured by the BepiColombo spacecraft after it blasted off into space at 01:45 GMT on 20 October on its seven year cruise to Mercury, the innermost planet of the Solar System.

In the hours immediately after launch, critical operations took place, including deployments of the solar wings and antennas. The Mercury Transfer Module (MTM) has two 15 m-long solar arrays that will be used to generate power, while the antennas onboard ESA’s Mercury Planetary Orbiter (MPO) are needed to communicate with Earth, and eventually to transmit science data. The deployments were all confirmed by telemetry sent by the spacecraft to ESA’s mission control centre in Darmstadt, Germany.

The transfer module is also equipped with three monitoring cameras – or ‘M-CAMs’ – which provide black-and-white snapshots in 1024 x 1024 pixel resolution. The M-CAM 1 camera imaged one of the deployed solar wings of the transfer module (left), while M-CAM 2 and M-CAM 3 captured the medium- and high-gain antennas on the MPO (centre, and right, respectively), along with other structural elements of the spacecraft.

Click here for an infographic showing the locations of the cameras onboard the MTM together with the new images.

JAXA’s Mercury Magnetospheric Orbiter sits inside a protective sunshield on ‘top’ of the MPO, and cannot be seen in these images.