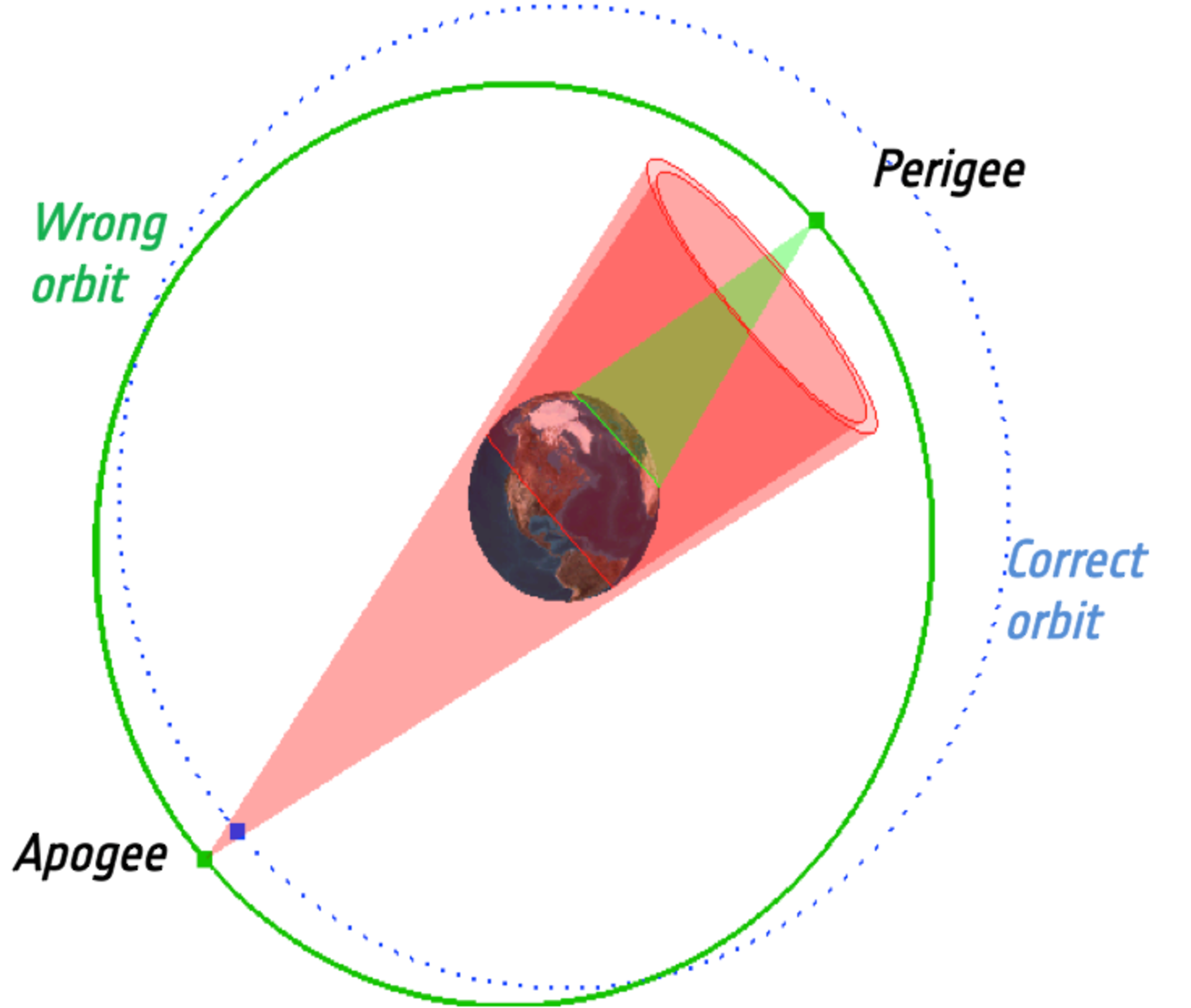 Galileo satellites 5 and 6 were delivered into faulty elongated orbits by a faulty Soyuz upper stage during their launch in 2014. This left them unable to view the entire Earth disc during the low point or perigee of their orbits, rendering their navigation payloads unusuable, because they use an Earth sensor to centre their signal beams. Subsequent orbital manoeuvres succeeded in making their orbits more circular and their navigation payloads usbale because they retained views of the entire Earth disc through each orbit. However their orbits remain elliptical compared to the rest of the Galileo constellation. Bottom view from orbital plane of nominal orbit (in blue) and injected orbit (in green) for the pair.