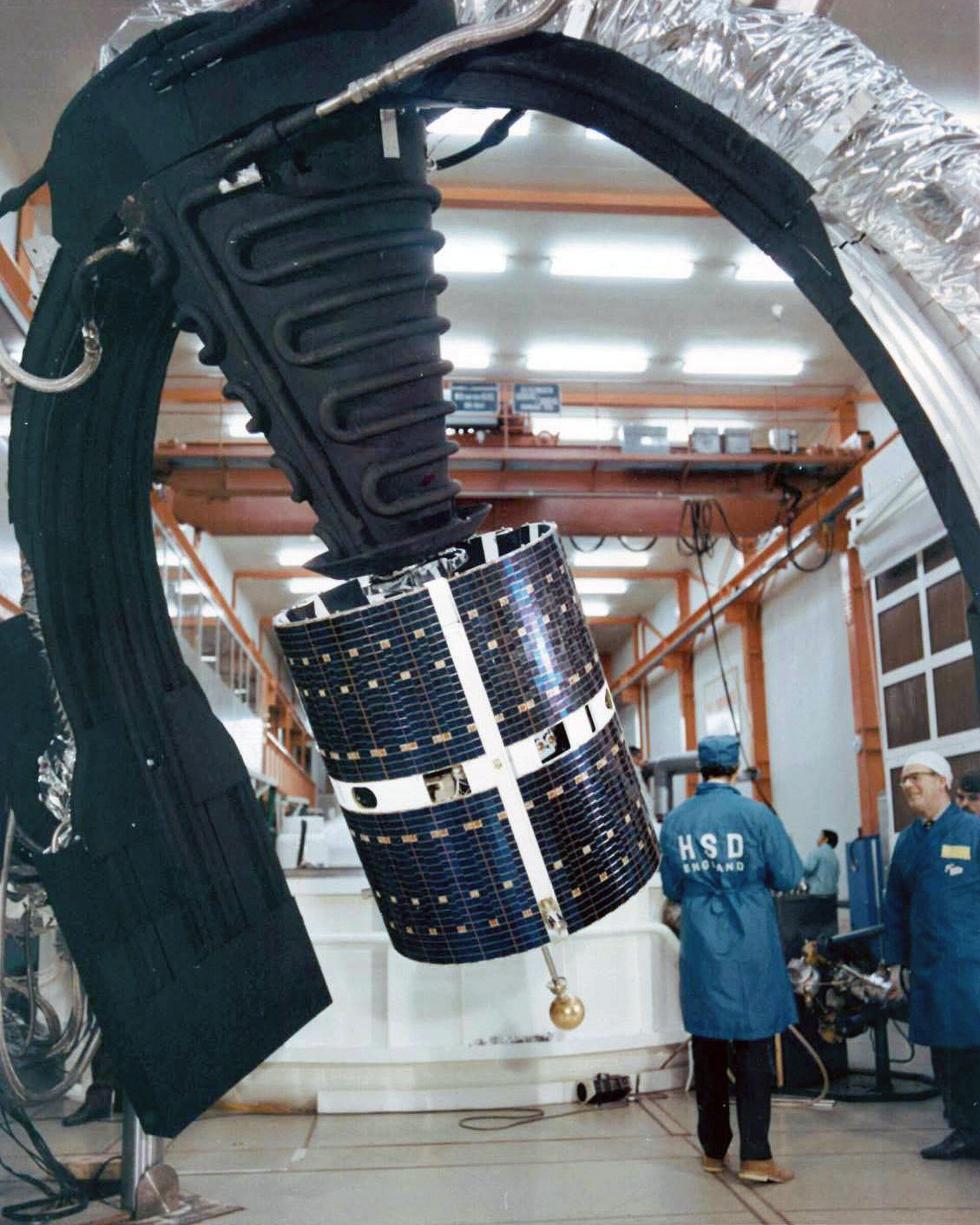 The ESRO-4 satellite being prepared for solar simulation testing in Building 24 of the ESTEC technical centre in early 1972.

Launched that same year on 22 November, this 90-cm high, 76-cm wide satellite significantly advanced scientific understanding of Earth’s atmosphere, ionosphere and radiation belts, despite being injected into an incorrect orbit.

ESRO-4 was based on the proven ESRO-2B design, which on 17 May 1968 became the very first mission into orbit of the European Space Research Organisation, ESA’s predecessor.

Original engineering models of a number of pioneering European space missions – functional replicas of the final satellites, constructed expressly for testing – will go on show at the ESTEC Open Day on 5 October, as part of an exhibition marking 50 years of European cooperation in space.