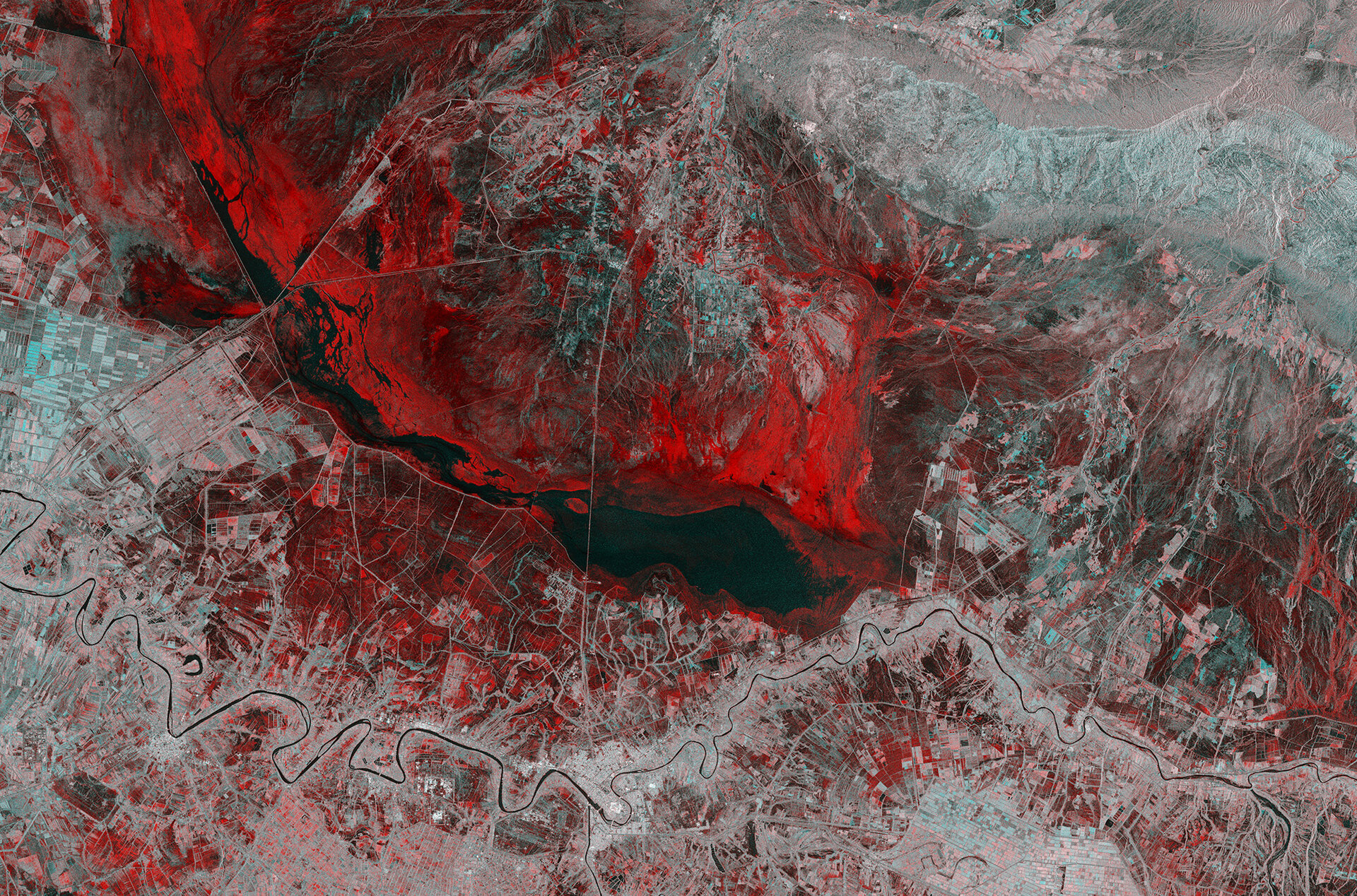 This Copernicus Sentinel-1 image combines two acquisitions over the same area of eastern Iraq, one from 14 November 2018 before heavy rains fell and one from 26 November 2018 after the storms. The image reveals the extent of flash flooding in red, near the town of Kut.

Kut is in the lower-centre of the image. It lies within a sharp ‘U-bend’ of the Tigris River, which can be seen meandering across the full width of the image. The image has been processed to show floods in red, and it is clear to see that much of the area was affected including agricultural fields around the town. Dark patches in the image, including the large patch in the centre , however, indicate that there was no or little change between the satellite acquisitions.

After the searing dry heat of summer, November typically signals the start of Iraq’s ‘rainy season’ –but  November 2018 brought heavier rainstorms than usual. Many parts of the country were flooded as a result. Thousands of people had to be evacuated, and infrastructure, agricultural fields and other livelihoods were destroyed, and tragically the floods also claimed lives. Declared an emergency, the International Charter Space and Major Disasters was activated. The Charter takes advantage of observations from a multitude of satellites to aid emergency relief. Images from Copernicus Sentinel-1 contributed to this particular effort.

The two identical Copernicus Sentinel-1 satellites carry radar instruments, which can see through clouds and rain, and in the dark, to image Earth’s surface below. This capability is particularly useful for monitoring and mapping floods, as the image shows. Satellite images play an increasingly important role in responding to disaster situations, especially when lives are at risk. Also, after an event, when damage assessments are needed and plans are being made to rebuild, images from satellites are a valuable resource.