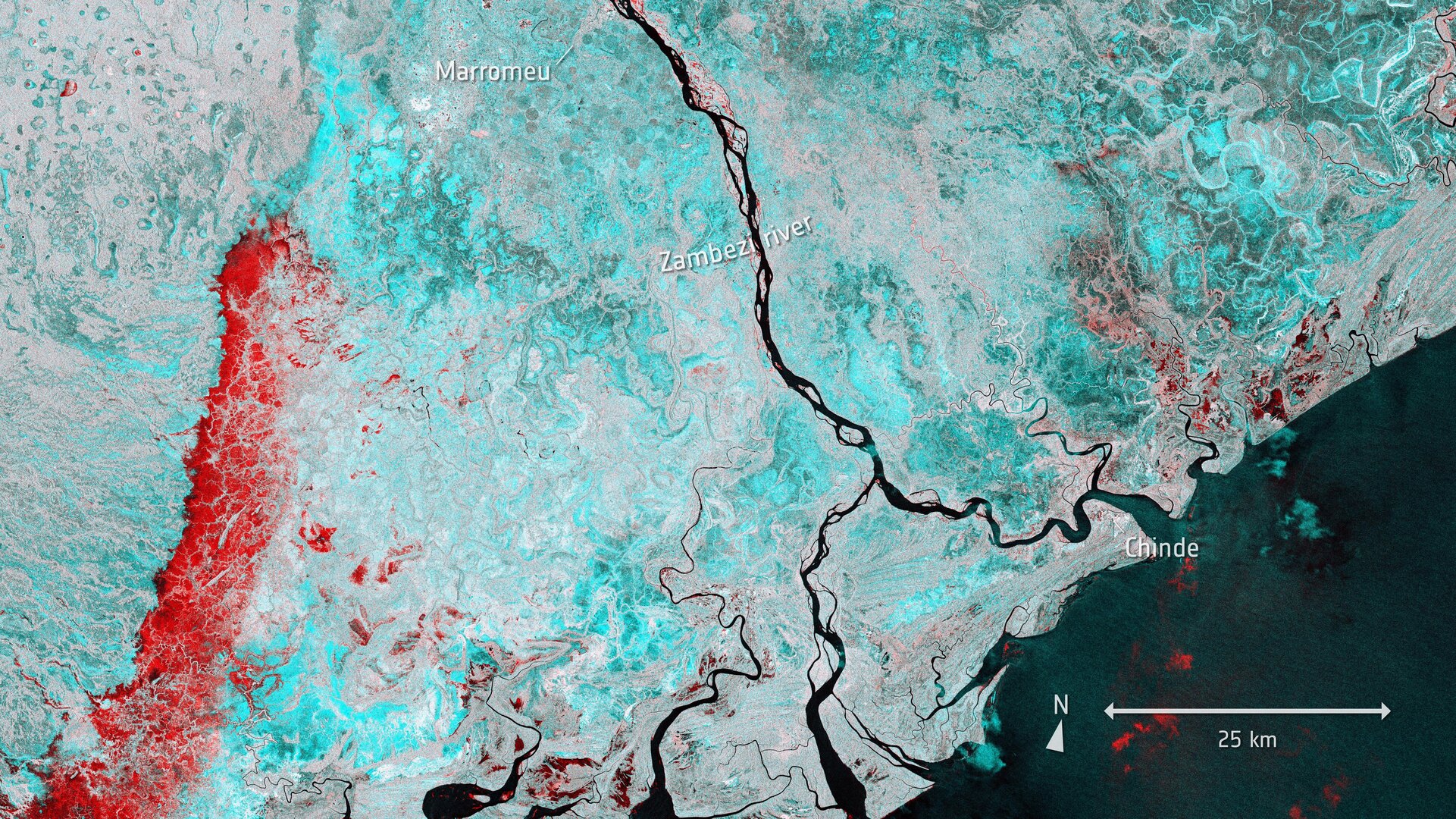 Millions of people in Mozambique, Malawi and Zimbabwe are struggling to cope with the aftermath of what could be the southern hemisphere’s worst storm: Cyclone Idai. This image is from Copernicus Sentinel-1 and shows part of the flooding, which shown here is largely west of the Zambezi River Delta in Mozambique. Inundated areas are shown in shades of red. The image comprises two satellite acquisitions, one from 2 March before the cyclone hit and one from 20 March in the wake of the cyclone. The mission is also supplying imagery through the Copernicus Emergency Mapping Service to aid relief efforts.