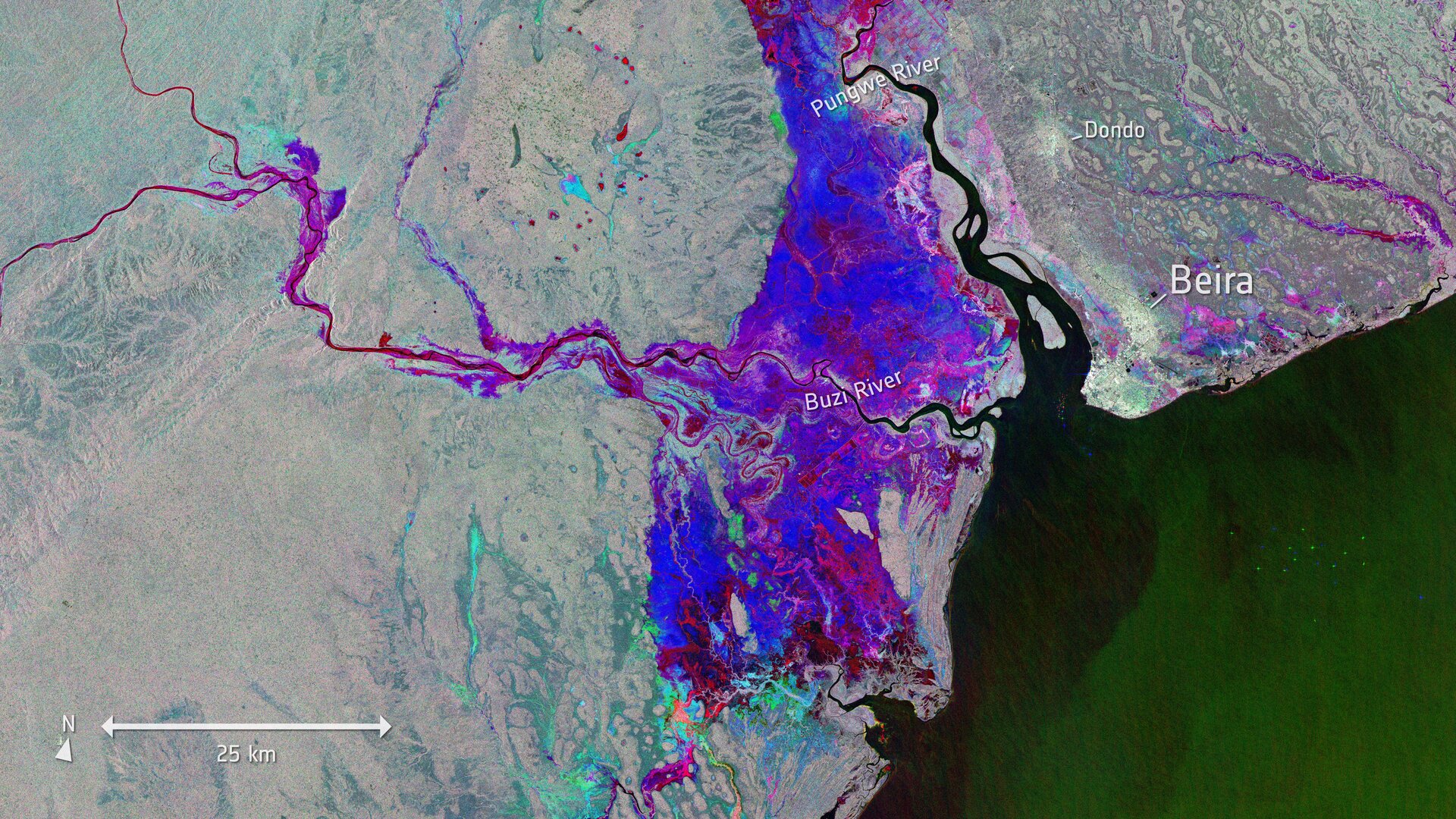 It is thought that well over a million people have been affected by what is probably the worst storm on record to hit the southern hemisphere. Making landfall on 15 March 2019, Cyclone Idai ripped through Mozambique, Malawi and Zimbabwe, razing buildings to the ground, destroying roads and inundating entire towns, villages and swathes of farmland. The human death toll is still unknown. While humanitarian efforts continue, people are now also facing the mammoth task of picking up the pieces and cleaning up after this devastating storm.

This Copernicus Sentinel-1 image indicates where the flood waters are finally beginning to recede west of the port city of Beira in Mozambique. The image merges three separate satellite radar images from before the storm on 13 March, from one of the days when the floods were at their worst on 19 March, and as the waters are beginning to drain away on 25 March. The blue-purple colour indicates where floodwater is receding, while areas shown in red are still underwater.

Images from Copernicus Sentinel-1 contributed to activations triggered in the Copernicus Emergency Management Service and the International Charter Space and Major Disasters. Both services take advantage of observations from several satellites and provide on-demand mapping to help civil protection authorities and the international humanitarian community in the face of major emergencies.

Copernicus Sentinel-1 is a two-satellite mission, each carrying a radar instrument that can ‘see’ through clouds and rain, which makes it particularly useful for monitoring floods. As a constellation of two satellites orbiting 180° apart, the mission can repeat observations every six days, which is also useful for monitoring evolving situations.