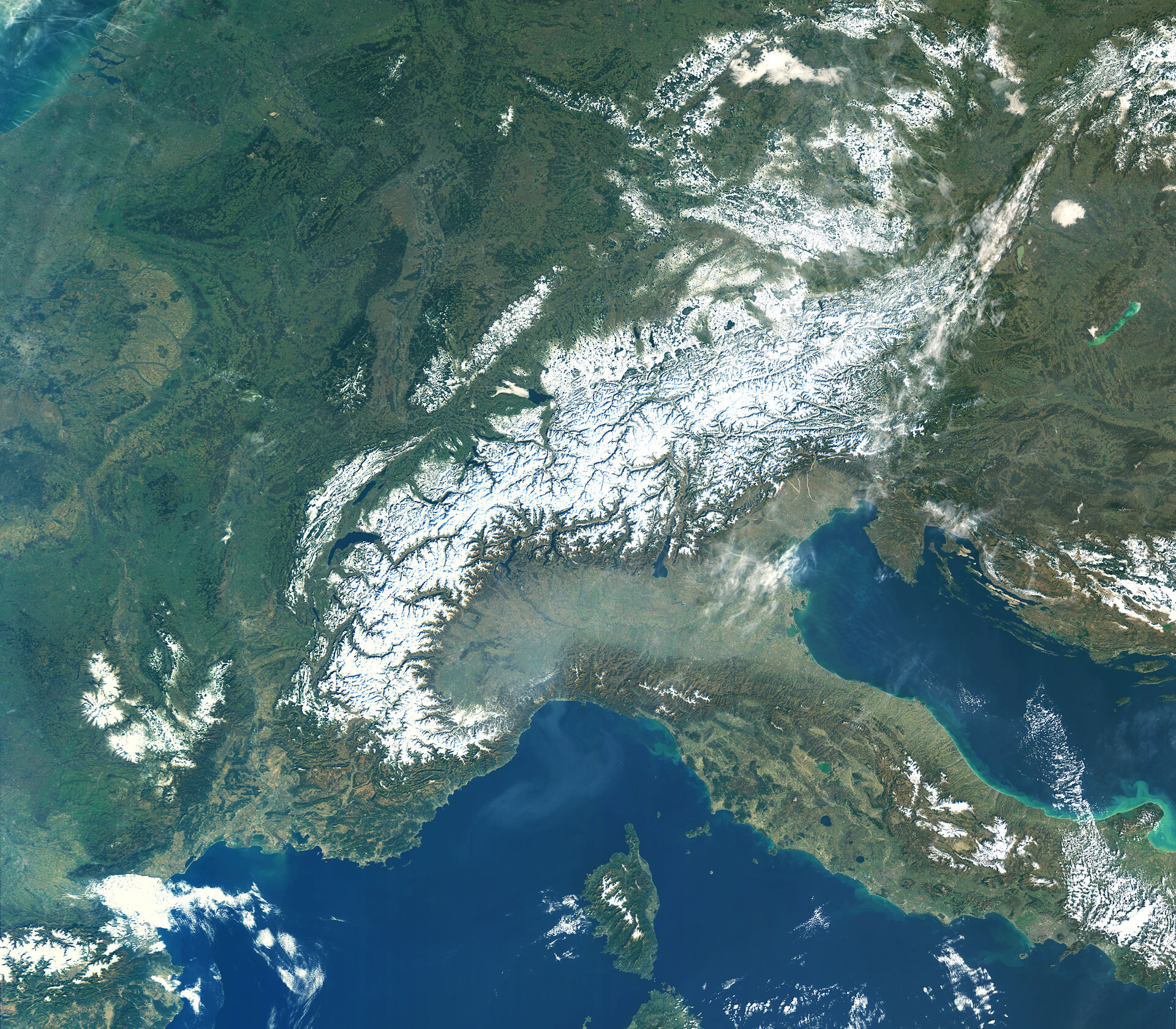 The Copernicus Sentinel-3A satellite takes us over the high, snow-studded Alps under clear skies.

Captured on 16 February 2019, this true-colour image shows little clouds, particularly over the Alps and the surrounding flatter lands in southern France. There is an interesting contrast between this and the haze hanging over the Po valley in Italy, directly south of the Alps. The haze is most likely to be a mix of both fog and smog, trapped at the base of the Alps owing to both its topography and atmospheric conditions.

Patches of snow are also visible on the island of Corsica, to the left of mainland Italy, Croatia, to the right, and at the bottom of the Apennines in central Italy. Most of Italy’s rivers find their source in the Apennines, including the Tiber and the Arno.

The Adriatic Sea to the east of Italy is visible in turquoise, particularly the coastal area surrounding the Gargano National Park, jutting out. This light-green colour of the sea along the coast is likely to be caused by sediment carried into the sea by river discharge.

Directly to the right of the Alps, the image shows a pale-green Lake Neusiedl straddling the Austrian-Hungarian border. Neusiedl, meaning ‘swamp’ in Hungarian, is the largest endorheic lake in central Europe, meaning water flows into but not out of the lake, hence its size and level frequently fluctuates. It is a popular area for windsurfing, sailing and spotting the woolly Mangalica pig.

To the right, the freshwater Lake Balaton is visible, and is the largest lake in central Europe. It stretches for over 75 km in the southern foothills of Hungary. Its striking emerald-green colour is probably down to the presence of algae that grow in the shallow waters.

Sentinel-3 is a two-satellite mission to supply the coverage and data delivery needed for Europe’s Copernicus environmental monitoring programme. The mission provides critical information for a range of applications from marine observations to large-area vegetation monitoring. The satellite’s instrument package includes an optical sensor to monitor changes in the colour of Earth’s surfaces.