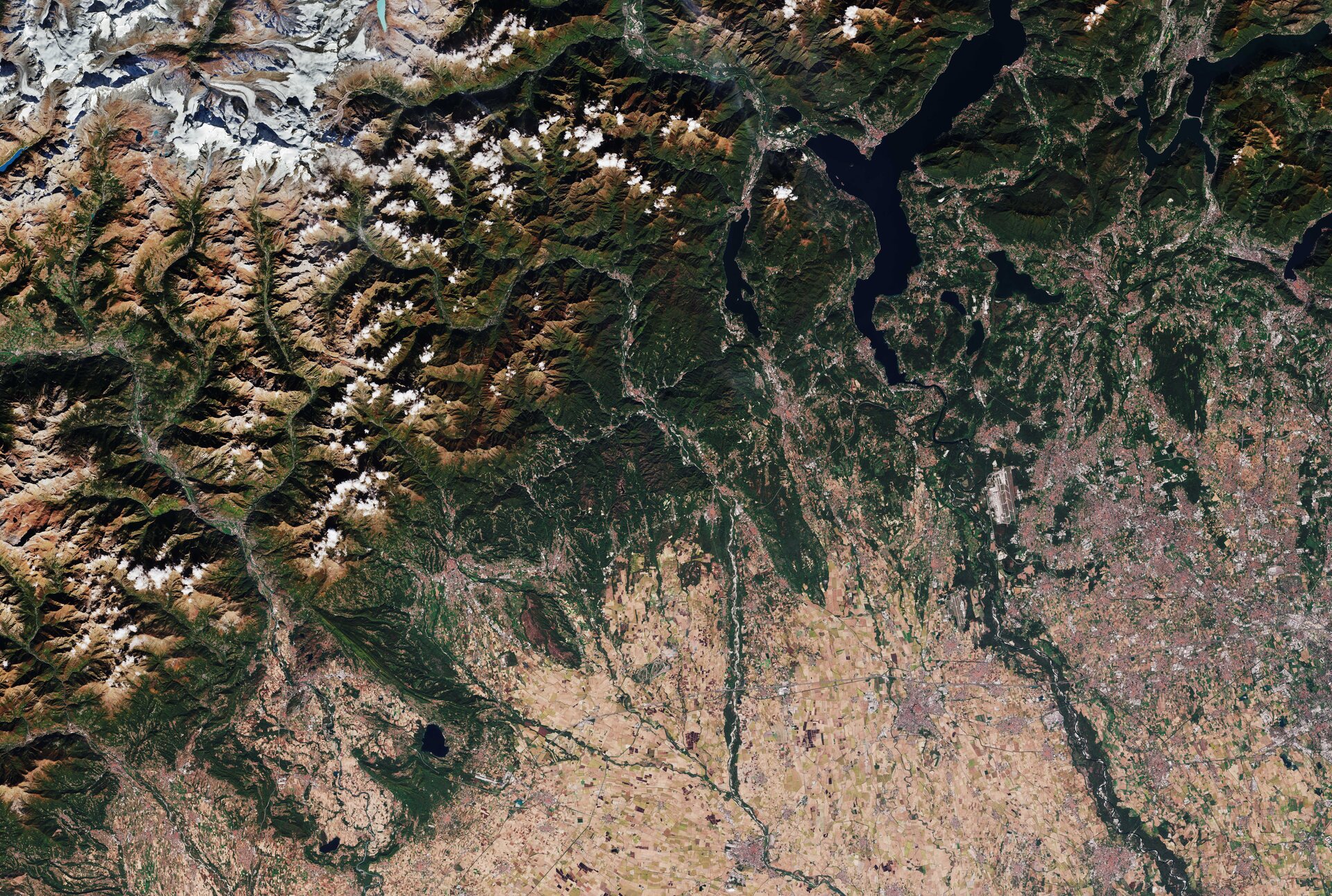 The Copernicus Sentinel-2B satellite takes us over the Italian Alps and down to the low plains that surround the city of Milan.

The image captures the transition between the high snow-capped peaks of the Italian Alps and the flatlands of the northwest Po Valley. This transition cuts a sharp diagonal across the image, with the mountains in the top left triangle and the flat low-lying land in the bottom right.

The southern part of the beautiful Lake Maggiore can also be seen in the image. Although its northern end crosses into Switzerland, Lake Maggiore is Italy’s longest lake and its character changes accordingly. The upper end is completely alpine in nature and the water is cool and clear, the middle region is milder lying between gentle hills and Mediterranean flora, and the lower end advances to the verge of the plain of Lombardy.

The River Ticino, which rises in Switzerland and flows through Lake Maggiore, can be seen emerging from the lake’s southern tip. Here, the land, which is one of the most fertile regions in Italy, gives way to numerous agricultural fields, which are clearly visible to the west of the river. The city of Milan lies to the east of the river.

In May 2019, Milan will host ESA’s Living Planet Symposium. Held every three years, these symposia draw thousands of scientists and data users from around the world to discuss their latest findings on the environment and climate.

This image, which was captured on 9 October 2017, is also featured on the Earth from Space video programme.