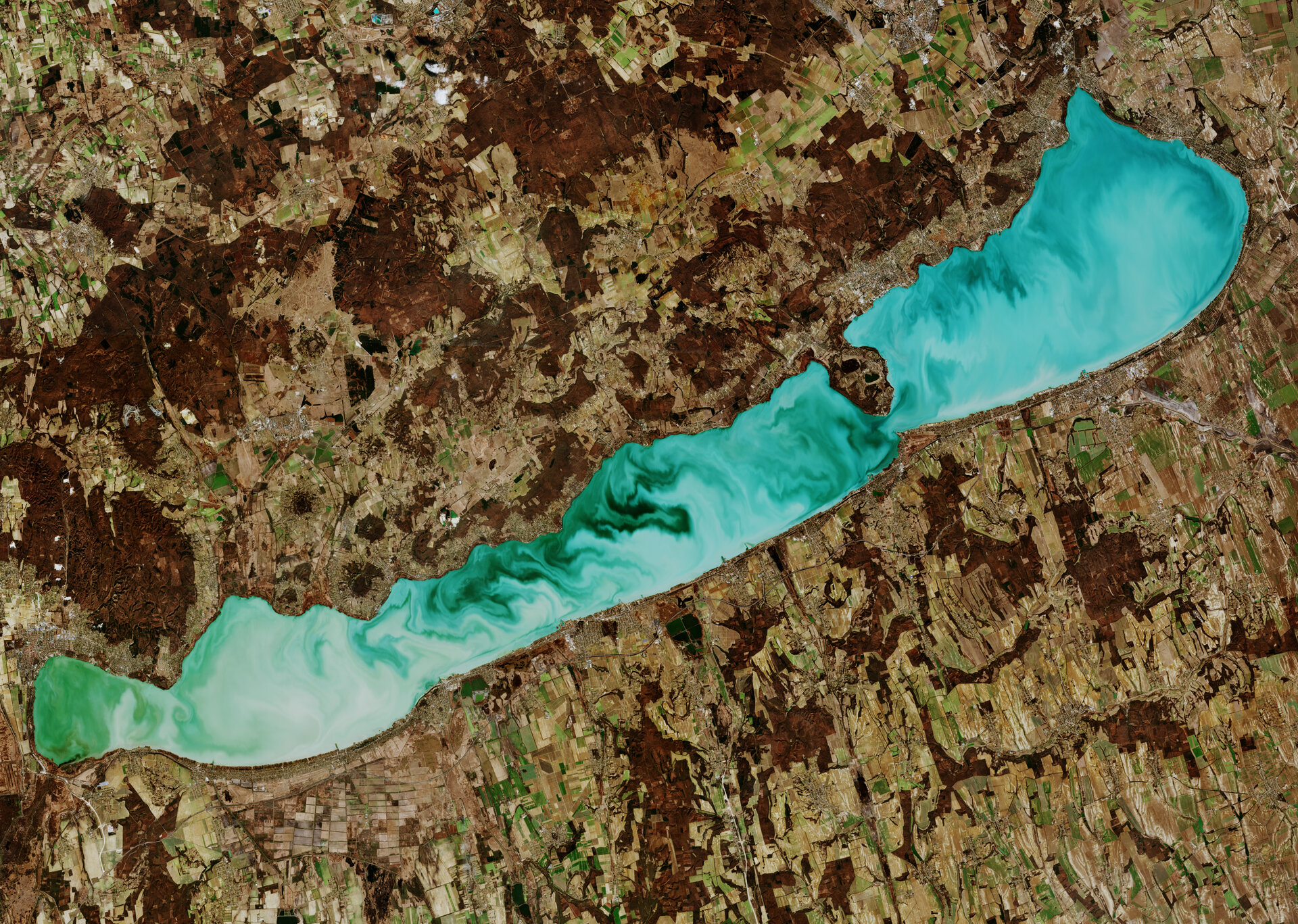 The Copernicus Sentinel-2 mission takes us over Lake Balaton in western Hungary. With a surface area of around 600 sq km and a length of around 78 km, this freshwater lake is the largest in central Europe.

The lake is mainly fed by the Zala River at its western end. The lakewater flows out near the eastern end via an artificial channel called the Sió, which eventually feeds into the Danube River.

Originally five separate water bodies, the barriers between have been eroded away to create the lake it is today. Remnants of the dividing ridges can be seen in Balaton’s shape – with the Tihany Peninsula on the northern shore narrowing the width of the lake to approximately 1.5 km.

Lake Balaton’s striking emerald-green colour in this image is most likely due to its shallow waters and chemical composition. It is heavy in carbonates and sulphates, and there are also around 2000 species of algae that grow in its waters.

The lake supports a large population of plant and animal species. During migration and wintering sessions, the site is an important staging area for thousands of ducks and geese.

Owing to its pleasant climate and fresh water, the Lake Balaton area is a popular tourist destination. The mountainous northern region is known for its wine, while popular tourist towns lie on the flatter southern shore.

This image, captured on 27 February 2019, is also featured on the Earth from Space video programme.