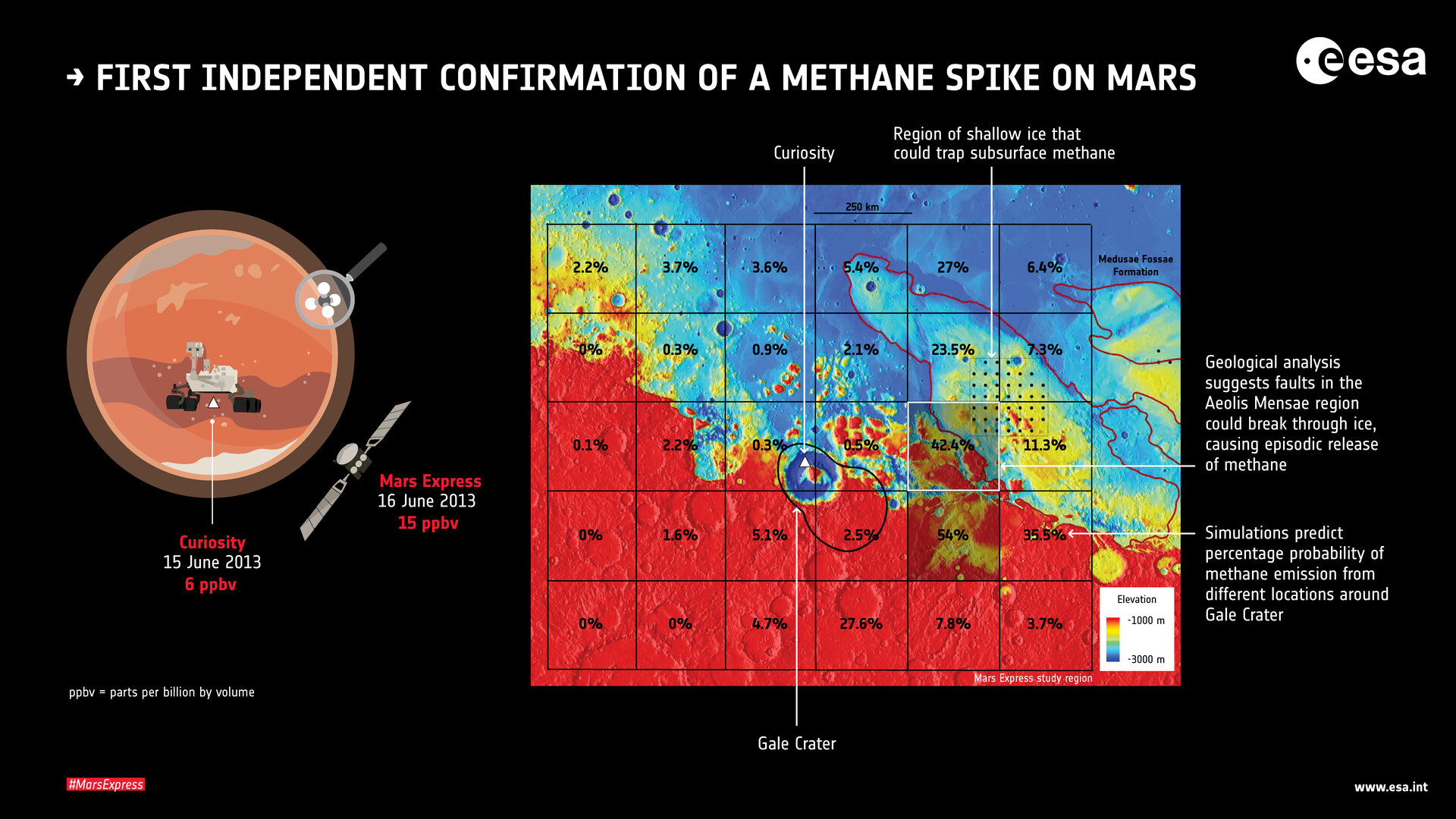 Data collected by the Planetary Fourier Spectrometer onboard ESA’s Mars Express during the first 20 months of NASA’s Curiosity mission found one case of correlated methane detection, the first time an in-situ measurement has been independently confirmed from orbit. Ten other observations in the Mars Express study period reported no detections at the limit of the spectrometer’s sensitivity; all of these correspond to a period of low measurements reported by Curiosity.

The details of the methane spike are illustrated in this graphic – the Mars Express detection was made one day after the elevated reading recorded by Curiosity, which is exploring Gale Crater, just south of the martian equator. Taken together, the two results can be used to examine the possible source region for the methane.

Two independent analyses were made, by examining a wide region around Gale Crater. The region was divided into grids of about 250 by 250 square kilometres, and in one study, computer simulations were used to predict the probability of methane emission from each square (indicated by the numbers in each square). The simulations took into account the measured data, expected atmospheric circulation patterns, and methane release intensity and duration based on the geological phenomenon of ‘gas seepage’. In the other study, geologists scrutinised the region for features where gas seepage is expected – these are the kind of features that might be associated with methane release.

The geological analysis pointed to one of the regions that the computer simulations predicted would be the most likely region for methane release. The area marked by the black dots is thought to contain shallow ice that could easily trap subsurface methane, and tectonic faults in the grid square between this region and Gale Crater are thought to extend below the surface and break through the ice, causing the episodic release of methane.