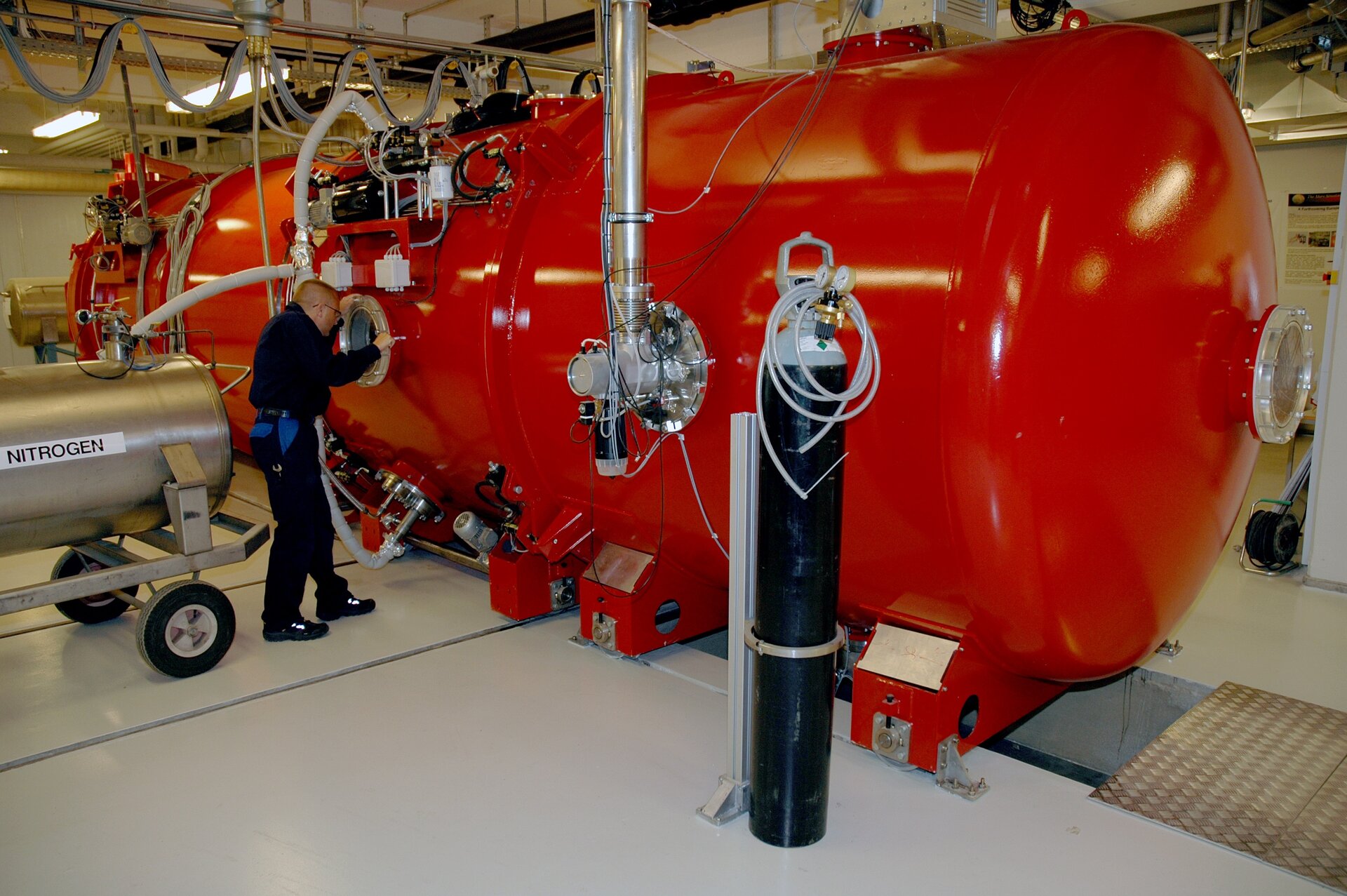 Part of Aarhus University’s Mars Simulation Laboratory in Denmark, this wind tunnel has been specially designed to simulate the dusty surface of planet Mars.

Constructed within an 8-m long, 2.5-m wide pressure chamber, the Aarhus Mars Simulation Wind Tunnel has attracted researchers from all over Europe and the United States, to test instruments and equipment for a wide range of Mars missions, including ESA’s ExoMars and NASA’s Mars 2020 rovers.

The air pressure within the wind tunnel can be taken down to less than one hundredth of terrestrial sea level and the temperature reduced to as low as -170°C using liquid nitrogen. Fans then blow the scanty atmosphere that remains at up to 30 m/s, along with Mars-style dust.

Researchers can evaluate how items such as sensors, solar panels and mechanical parts stand up to the clingy, abrasive particles, sourced from Mars-like, oxide-rich soil found in central Denmark.

“We’ve been in operation all through this decade,” comments Jonathan Merrison of Aarhus University’s Department of Physics and Astronomy, overseeing the facility. “We’re the only wind tunnel that not only reproduces the low pressure and low temperatures of Mars, but also allows the introduction of particulates of sand and dust.

“Probably about a third of the testing carried out here has been ExoMars related, then there have been users related to other Mars missions, as well as industrial testing of high altitude terrestrial equipment.

“We are also a member of the Europlanet network, a grouping of planetary scientists supported by the European Union, supporting the usage of various planetary simulation facilities and analogues.”

The Aarhus Mars Simulation Wind Tunnel was based on a smaller, earlier version, which remains in use. Its development was supported by ESA’s Technology Development Element programme for promising new technologies as well as the philanthropic Villum Kann Rasmussen Foundation.