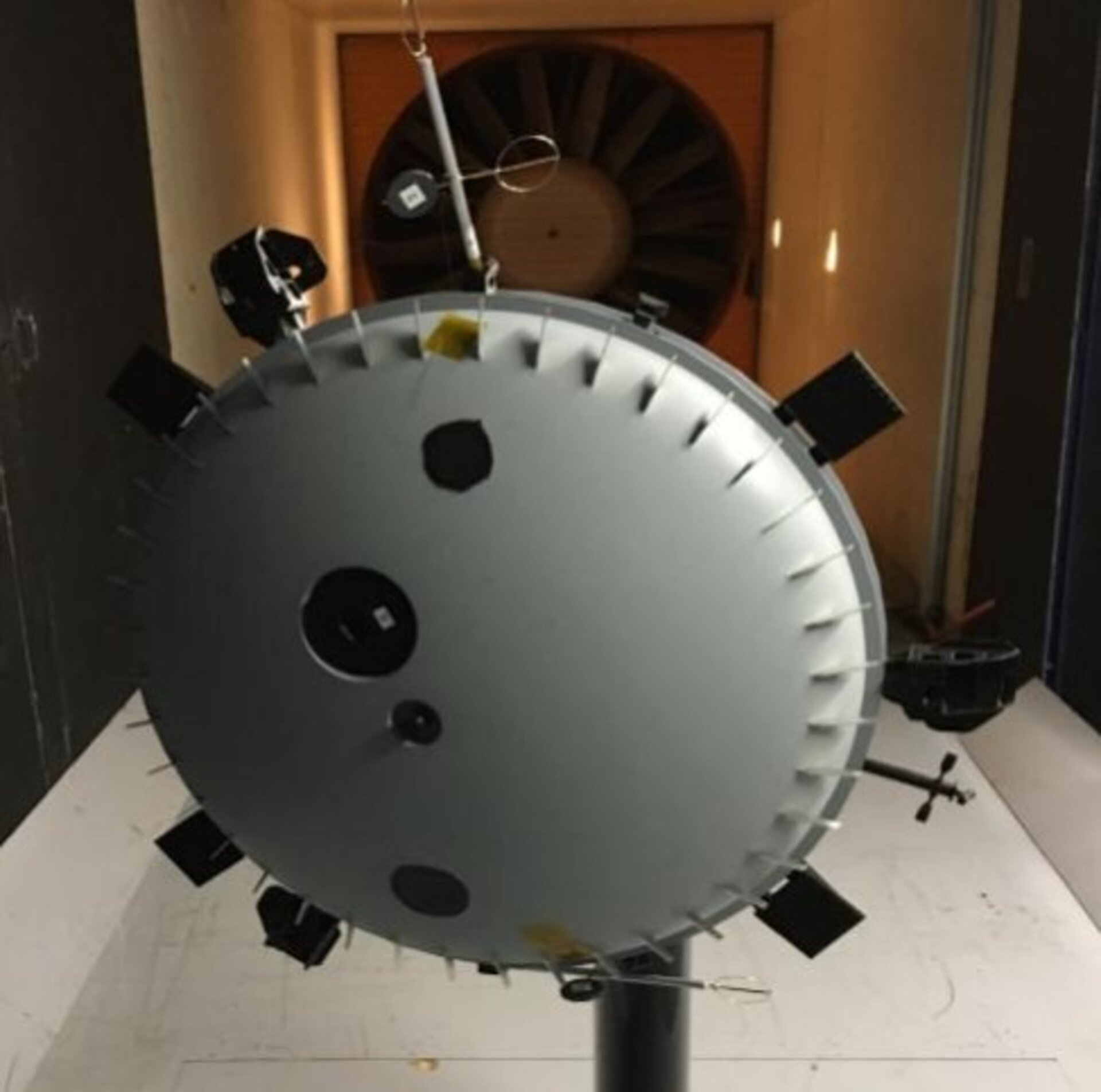 This image shows a replica of ESA’s Huygens probe, as used in recent wind tunnel testing to characterise how the spacecraft spun as it descended to the surface of Titan – an event that made history on 14 January 2005. This mock-up is at a scale of 1/3 – the real Huygens probe, and appendages, was 3 times bigger.

Various booms and appendages can be seen around the probe, including four flat Radar Altimeter antennas, two deployable booms for the Huygens Atmospheric Structure Instrument (HASI), different telemetry and sensor heads, pressure and temperature sensors, and the mechanism by which the heat shield and coverings would detach after atmospheric entry. This side of the spacecraft would be the side to touch down on the surface of Titan; the probe’s descent parachute is stored on the side not in view.

In this image, the mock-up is deployed in the test section of the wind tunnel at the PRISME Laboratory at the University of Orléans, France, where subsonic testing was performed from 2017 to 2019 to determine the spin profile of Huygens during its descent. This study was carried out under an ESA contract with LPC2E/CNRS-University of Orléans.