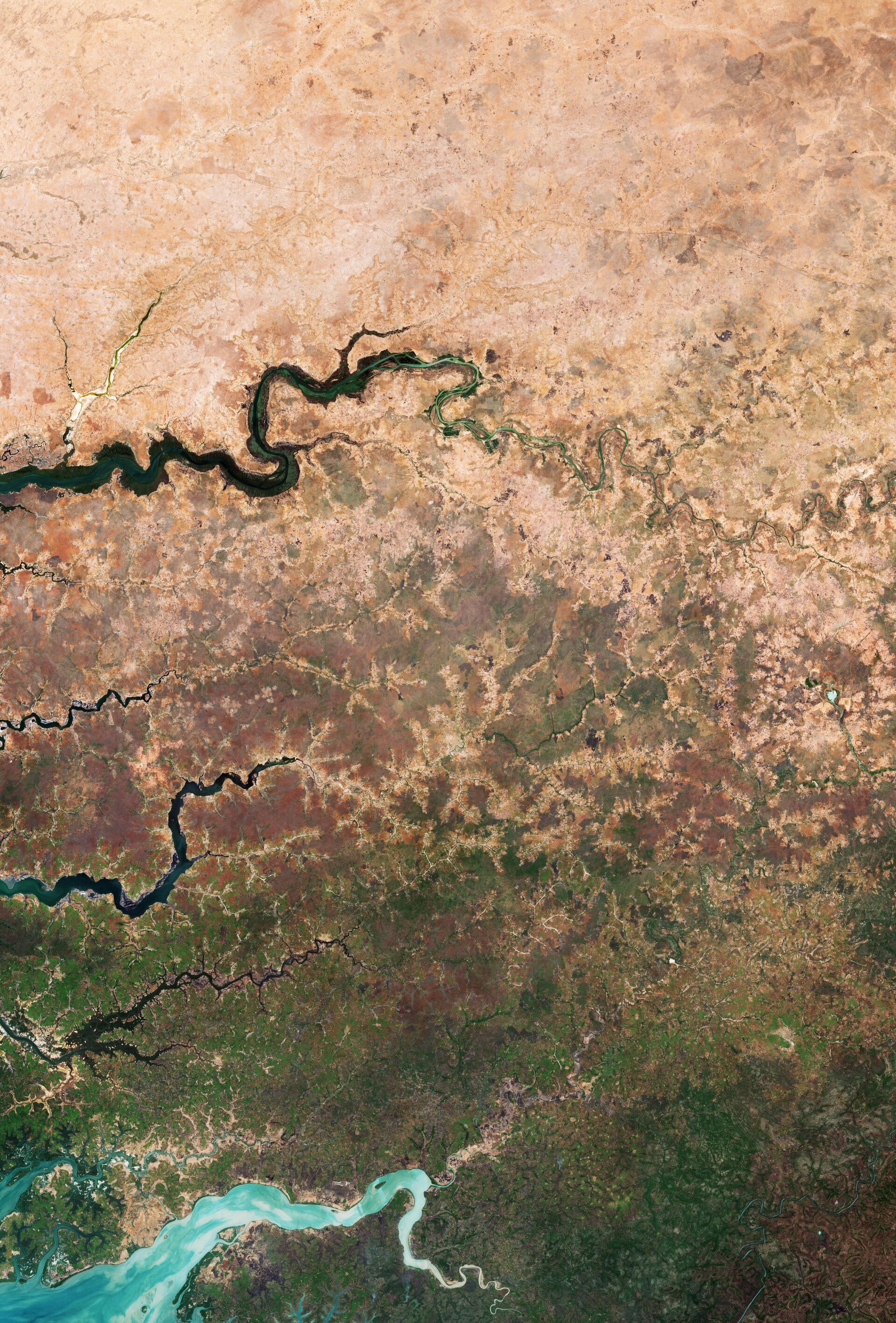 Today marks the 25th anniversary of World Day to Combat Desertification and Drought (WDCD). Under its theme ‘Let’s grow the future together,’ the initiative celebrates the 25 years of progress made in sustainable land management.

One ambitious project – the Great Green Wall – aims to improve life in Africa’s desert regions by planting a belt of trees across the entire width of the continent. Once completed, the wall will be the largest living structure on the planet stretching across 20 countries - from Senegal in the west to Djibouti in the east.

By 2030, the initiative aims to have restored 100 million hectares of degraded land, sequestered 250 million tonnes of carbon and created 10 million green jobs.

Captured by the Copernicus Sentinel-2 mission, this image shows the edge of the dry desert in west Africa contrasted with vegetated land. Signs of land degradation can be seen as brighter “islands” around villages and to a lesser extent along roads and rivers showing bare soil and degraded vegetation. The image shows parts of three African countries: Senegal, The Gambia and Guinea-Bissau. See the image at its full resolution to zoom in on the area.

Since the Green Wall started in 2007, progress has been made in restoring the Sahelian lands. In Senegal alone, almost 12 million trees have been planted, and 25 000 hectares of degraded land restored.

Desertification is the degradation of dry land ecosystems, owing to overexploitation through human activities and climate change. According to the UN, 12 million hectares of land is lost yearly because of desertification and drought, and 75 billion tonnes of fertile soil is lost due to land degradation.

Copernicus Sentinel-2 is a two-satellite mission. Each satellite carries a high-resolution camera that images Earth’s surface in 13 spectral bands. The mission is mostly used to track changes in the way land is being used and to monitor the health of vegetation.