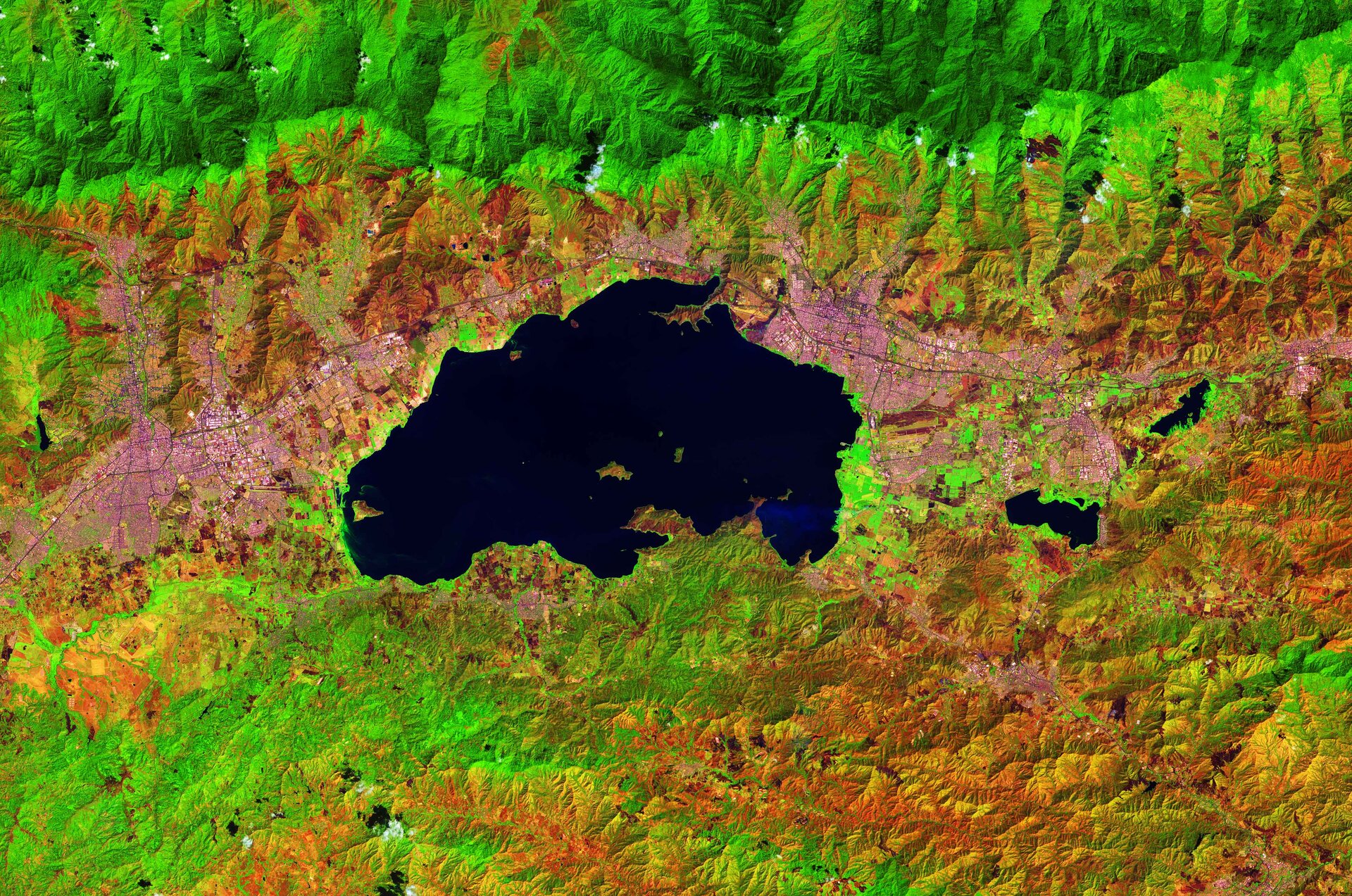 The Copernicus Sentinel-2 mission takes us over Lake Valencia, in northern Venezuela.

This false-colour image was processed in a way that makes vegetation of the Henri Pittier National Park, north of the lake, appear in fluorescent green. These bright colours contrast with the blackness of the lake.

With a surface area of 370 sq km, Lake Valencia formed a few million years ago and is now a reservoir for the cities of Valencia on the west shores and Maracay on the east shores.

Unfortunately, the inflow of untreated wastewater from the surrounding industrial and agricultural lands has led to the lake to become contaminated. The lake now suffers from algal blooms and between 1960 and 1990 it lost over 60% of its native fish species.

It was at this very lake that the German naturalist and explorer, Alexander von Humboldt, witnessed how human behaviour could cause harm to our natural ecosystem and climate. During his travels in the late 18th century, he noted the surrounding barren land which had been cleared for plantations and crops for sugar and tobacco. He attributed the decreasing water levels in the lake to climate change.

“When forests are destroyed, the springs are entirely dried up,” he wrote in his travel report, the Relation historique du voyage aux régions équinoxiales du nouveau continent (1814-17). “The beds of the rivers are converted into torrents whenever great rains fall on the heights…Hence it results, that the destruction of forests, the want of permanent springs, and the existence of torrents, are three phenomena closely connected together.”

The now poor-quality waters of Lake Valencia prevent the development of tourism and recreational activities in the region.

Copernicus Sentinel-2 is a two-satellite mission. Each satellite carries a high-resolution camera that images Earth’s surface in 13 spectral bands. The mission is mostly used to track changes in the way land is being used and to monitor the health of  vegetation.

This image, which was captured on 2 February 2019, is also featured on the Earth from Space video programme.