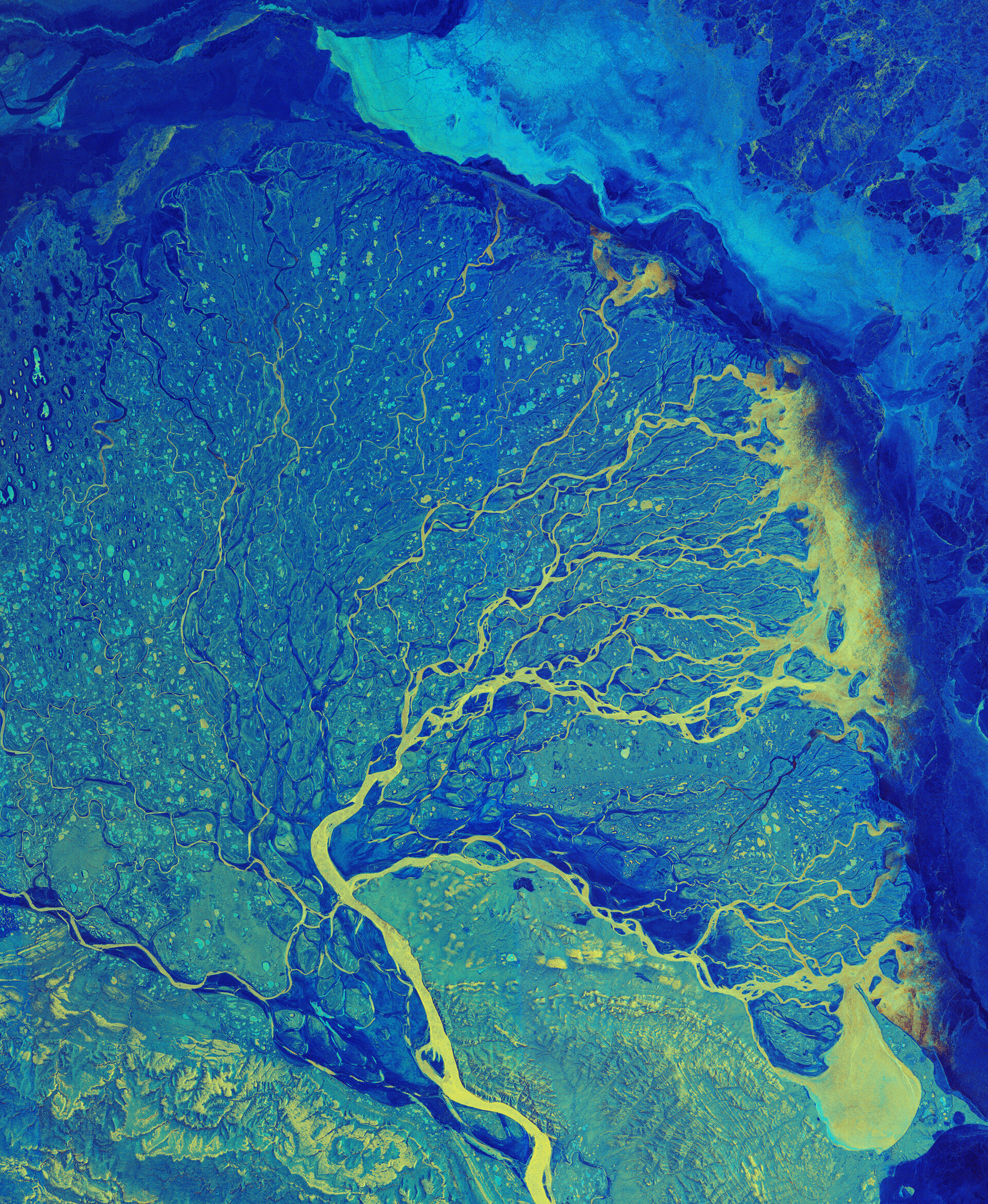 The Copernicus Sentinel-1 mission takes us over the Lena River Delta, the largest delta in the Arctic.

At nearly 4500 km long, the Lena River is one of the longest rivers in the world. The river stems from a small mountain lake in southern Russia, and flows northwards before emptying into the Arctic Ocean, via the Laptev Sea.

The river is visible in bright yellow, as it splits and divides into many different channels before meandering towards the sea. Sediments carried by the waters flow through a flat plain, creating the Lena River Delta. Hundreds of small lakes and ponds are visible dotted around the tundra.

This false-colour image was captured on 14 January 2019, the peak of the Arctic winter, and shows a large amount of ice in the waters surrounding the delta. Cracks can be seen in the turquoise-coloured ice at the top of the image, and several icebergs can also be seen floating in the Arctic waters to the right. Snow can also be seen in yellow on the mountains at the bottom of the image.

The delta’s snow-covered tundra is frozen for most of the year, before thawing and blossoming into a fertile wetland during the brief polar summer – a 32 000 sq km haven for Arctic wildlife. Swans, geese and ducks are some of the migratory birds that breed in the productive wetland, which also supports fish and marine mammals.

In 1995, the Lena Delta Reserve was expanded, making it the largest protected area in Russia.

The two identical Copernicus Sentinel-1 satellites carry radar instruments, which can see through clouds and rain, and in the dark, to image Earth’s surface below. This is particularly useful for providing imagery for emergency response during extreme weather conditions, or monitoring areas prone to long periods of darkness, in this case, the Arctic.