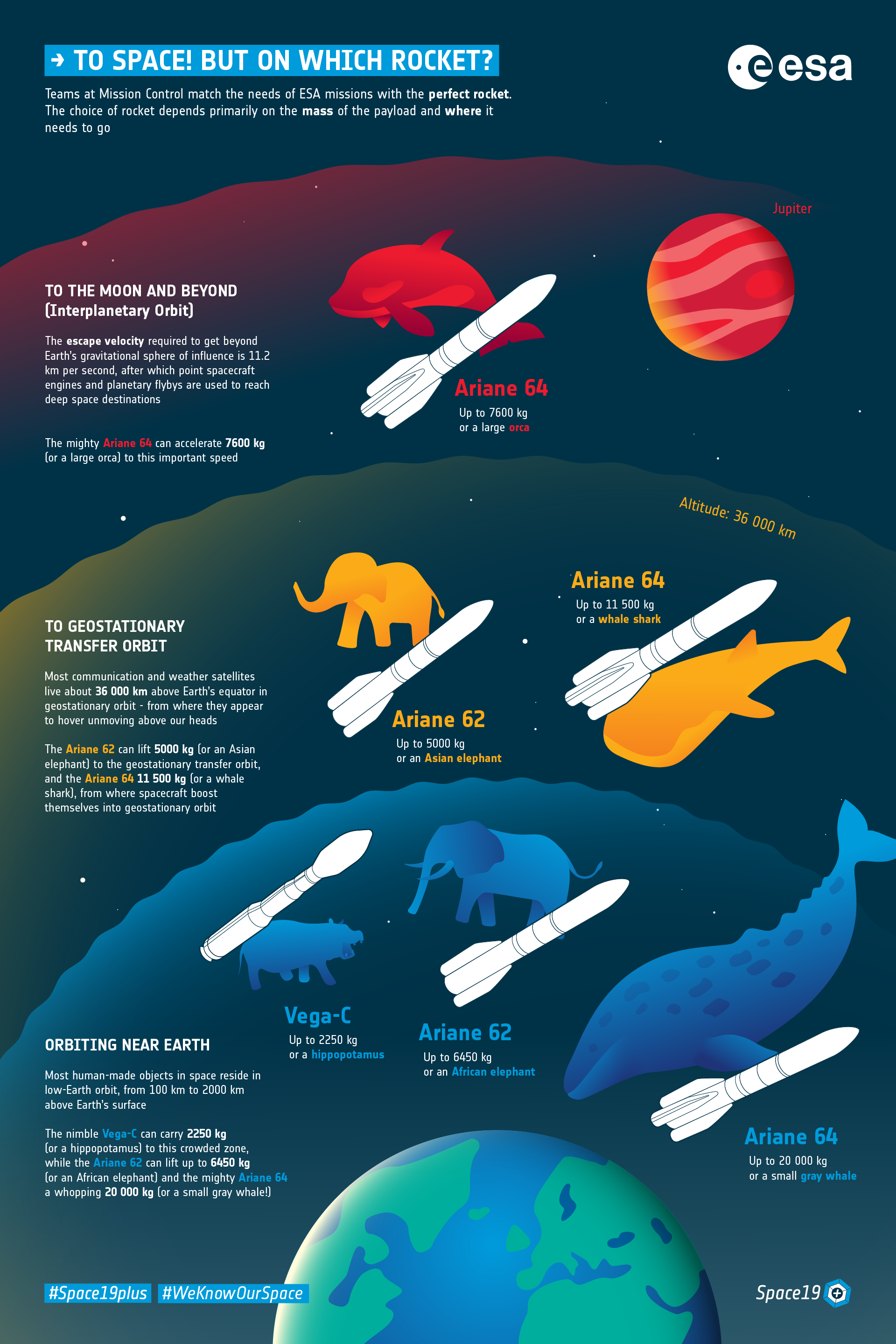 To space! But on which rocket?

Teams at Mission Control match the needs of ESA missions with the perfect rocket. The choice of rocket depends primarily on the mass of the payload and where it needs to go.

The further from Earth a spacecraft needs to be lifted, and the more massive it is, the more fuel that is needed.

To the Moon and beyond

The minimum velocity required to get beyond Earth’s gravitational sphere of influence is 11.2 km per second, after which point spacecraft engines and planetary flybys are used to reach deep space destinations.

The mighty Ariane 64 can accelerate 7600 kg (or a large orca) to this important speed.

Most communication and weather satellites live about 36 000 km above Earth’s equator in geostationary orbit - from where they appear to hover unmoving above our heads.

Most human-made objects in space reside in low-Earth orbit, from 100 km to 2000 km above Earth’s surface.