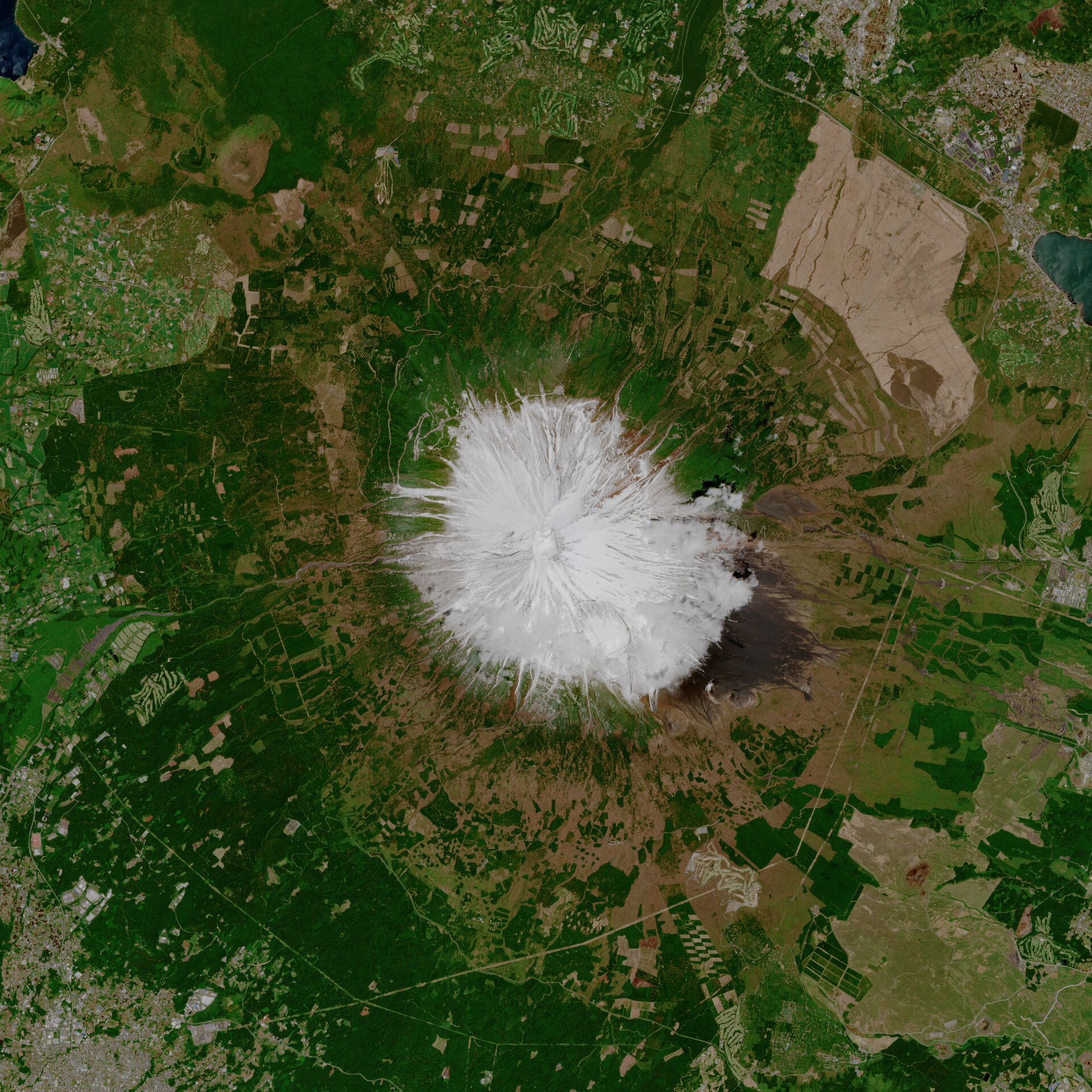 The Copernicus Sentinel-2 mission takes us over Mount Fuji, Japan’s highest mountain standing at 3776 metres tall. In this spring image, the mountain can be seen coated in pure white snow.

This snow-capped mountain is often shrouded in cloud and fog, but this image was captured on a clear day, by the Copernicus Sentinel-2A satellite - flying 800 km above.

Mount Fuji is near the Pacific coast of central Honshu, straddling the prefectures of Yamanashi and Shizuoka. On a clear day, the mountain can be seen from Yokohama and Tokyo - both over 120 km drive away.

The majestic stratovolcano is a composite of three successive volcanoes. Generations of volcanic activity have turned it into the Mount Fuji as we know it today. This volcanic activity is a result of the geological process of plate tectonics. Mount Fuji is a product of the subduction zone that straddles Japan, with the Pacific Plate and the Philippine Plate being subducted under the Eurasian plate.

The last explosive activity occurred in 1707, creating the Hoei crater – a vent visible on the mountain’s southeast flank, as well as the volcanic ash field which can be seen on the east side.

Mount Fuji is a symbol of Japan, and a popular tourist destination. Around 300 000 people climb the mountain every year – and in the image several hiking trails can be seen leading to the base of the mountain. The city of Fujinomiya, visible in the bottom left of the image, is the traditional starting point for hikers.

Many golf courses, a popular sport in Japan, can be seen dotted around the image.

Worshipped as a sacred mountain, Mount Fuji is of great cultural importance for the Shinto religion. Pilgrims have climbed the mountain for centuries and many shrines and temples dot the landscape surrounding the volcano.

This image, captured on 8 May 2019,  is also featured on the Earth from Space video programme.