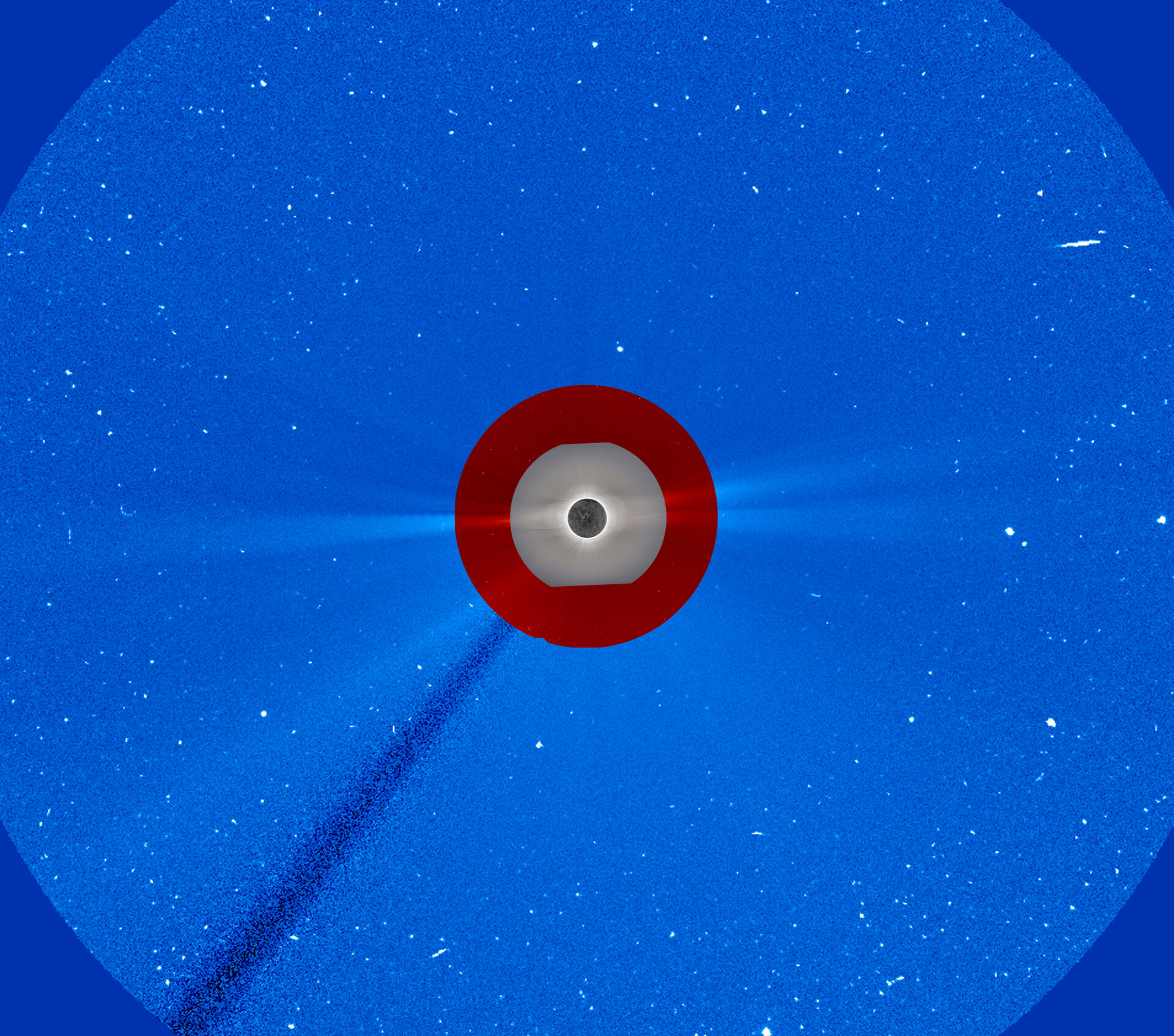 A composite of space- and ground-based observations gathered at the time of the solar eclipse on 2 July 2019, combining imagery from the ESA/NASA SOHO and ESA's Proba-2 satellites with observations performed by the ESA-CESAR team in Chile.

At the centre, an extreme-ultraviolet image of the solar disc taken by the Royal Observatory of Belgium’s SWAP instrument aboard ESA’s Proba-2 mission shows the surface of the Sun (depicted in grey scale). The surrounding inner corona (also shown in grey scale) is revealed through ground-based observations obtained during the totality phase of the eclipse with a 10-cm refractor telescope (600mm focal lenght) at ESO’s La Silla Observatory in Chile. The outer corona is depicted through the white-light LASCO-C2 (shown in red) and C3 (shown in blue) coronagraph instruments aboard the ESA/NASA SOHO satellite.

The composite image provides an overall view of the Sun and its surrounding corona, with several streamers – elongated structures that extend from the solar surface far out into space. It shows the power of combining ground-based observations of the corona, which provide fine details of the inner corona and can only be obtained during a total eclipse, with the broader context yielded by coronographs like those on SOHO, which can observe the wider corona.