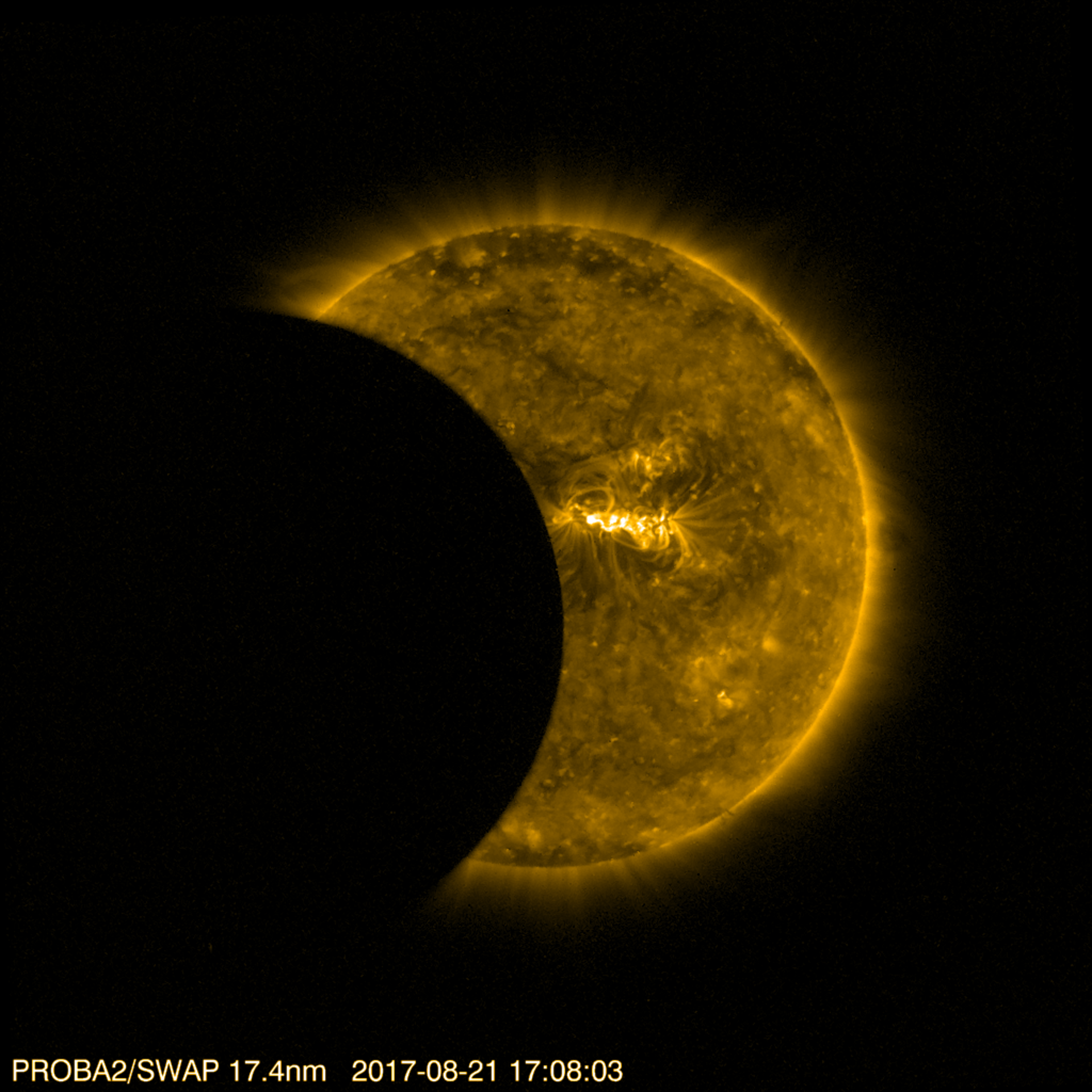 As the US enjoyed a total solar eclipse on 21 August 2017, ESA’s Sun-watching Proba-2 satellite captured partial eclipses from its viewpoint, 800 km above Earth. Proba-2 orbits Earth about 14.5 times per day, and thanks to the constant change in viewing angle, it can dip in and out of the Moon’s shadow several times during a solar eclipse.

This still image shows one of the first images available from today's eclipse, taken at 17:08 GMT.

The image was taken by the SWAP imager, and shows the solar disc in extreme-ultraviolet light to capture its turbulent surface and swirling corona corresponding to temperatures of about a million degrees.