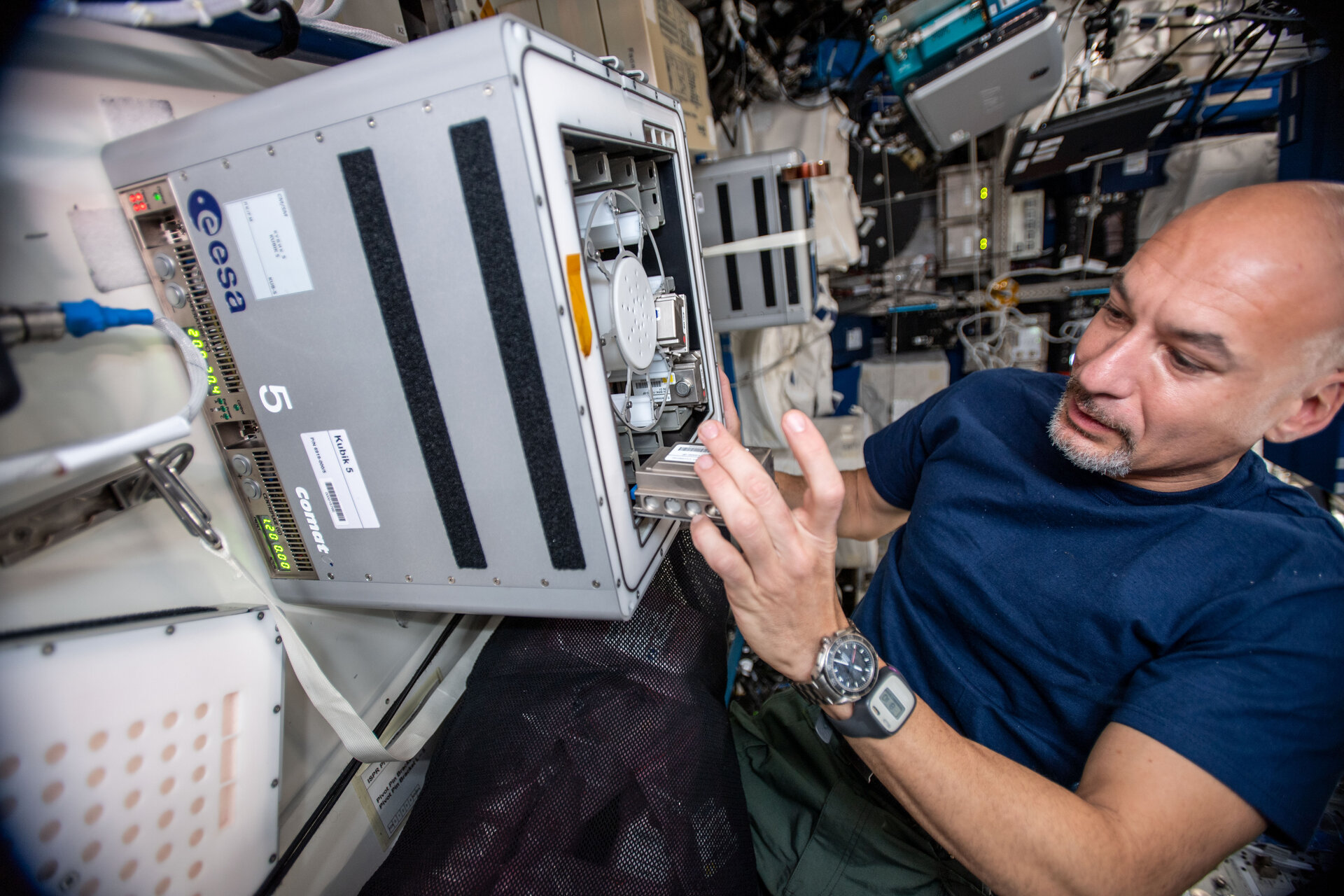 Heigh-ho, heigh-ho, it is off to work the microbes go.

ESA astronaut Luca Parmitano slides the smallest miners in the universe into the Kubik experiment container on the International Space Station.

For the next three weeks, three different species of bacteria will unleash themselves on basalt slides in the Kubik centrifuge that simulates Earth and martian gravity as well as in microgravity.

Run by a research team from the University of Edinburgh in the UK, the BioRock experiment is testing how altered states of gravity affect biofilm formation – or the growth of microbes on rocks.

Microbes are able to weather down a rock from which they can extract ions. This natural process enables biomining, where useful metals are extracted from rock ores.

Already a common practice on Earth, biomining will eventually take place on the Moon, Mars and asteroids as we expand our understanding and exploration of the Solar System.

The bacteria arrived at the Space Station on the latest Dragon resupply mission in a dehydrated, dormant state.

The organisms are given ‘food’ to restore cell growth and left to grow on basalt at 20°C.

After three weeks, the samples will be preserved and stored at 4°C while they await their return to Earth.

Researchers will map out how altered states of gravity affect the rock and microbes as a whole, as well as which microbe is the best candidate for mining in space. It is hoped these results will shine light on extraterrestial biomining technologies and life-support systems involving microbes for longer duration spaceflight.

In addition to installing the little creatures, Luca is busy with a host of other experiments during his six-month mission, called Beyond.

Listen to the latest episode of the ESA Explores podcast for more science on the Space Station.

Follow Luca and his #MissionBeyond on social media and the blog.