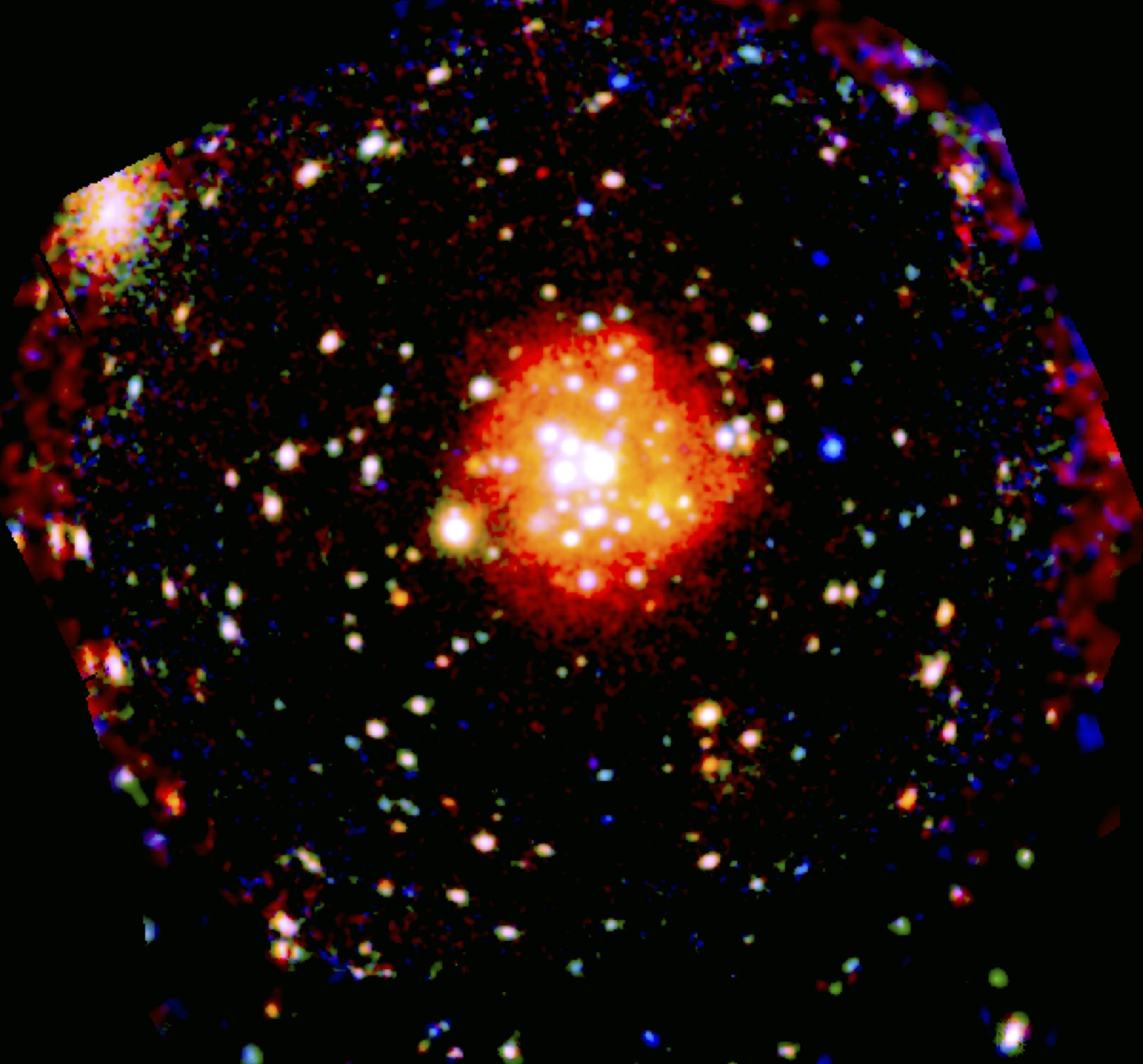 This colourful spread of light specks is in fact a record of extremely powerful phenomena taking place in a galaxy known as Messier 83, or M83. Located some 15 million light-years away, M83 is a barred spiral galaxy, not dissimilar in shape from our own Milky Way, and currently undergoing a spur of star formation, with a handful of new stars being born every year.

While the starry pattern of spiral arms is barely visible in this X-ray view obtained by ESA’s XMM-Newton space observatory, this kaleidoscopic image tells a different story about the stellar remnants in this galaxy.

Most of the dots in this view represent the end points of the life cycle of stars, including remnants of supernova explosions and binary systems featuring compact stellar remnants like neutron stars or black holes that are feeding on matter from a companion star. In particular, the large speck to the lower left of the galaxy’s central region is what astronomers call an ultra-luminous X-ray source, or ULX, a binary system where the compact remnant is accreting mass from its companion at a much higher rate than an ordinary X-ray binary.

The highly energetic phenomena that can be observed with X-ray telescopes often undergo regular changes, on time scales of days or even hours, turning the X-ray sky into a spectacular light show. An animated version of this image, based on XMM-Newton data gathered on six occasions – January 2003, January and August 2014, February and August 2015, and January 2016 – is available here.

A study of 189 X-ray sources in M83, based on data from XMM-Newton, was presented in a paper by L. Ducci and collaborators in 2013.