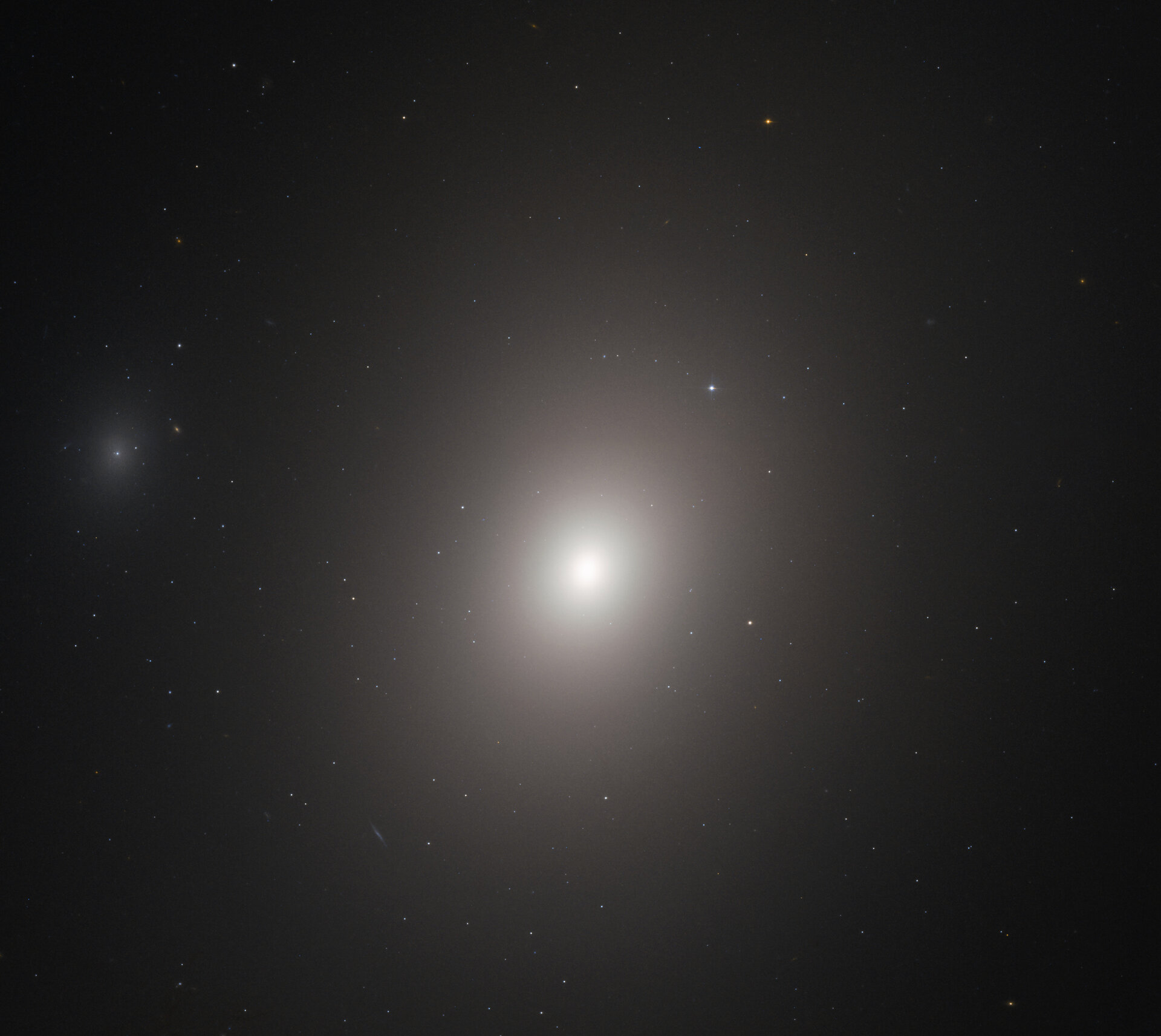 This image from the NASA/ESA Hubble Space Telescope shows the galaxy Messier 86. Despite its being discovered over 235 years ago by astronomer Charles Messier, the morphological classification of Messier 86 remains unclear; astronomers are still debating over whether it is either elliptical or lenticular (the latter being a cross between an elliptical and spiral galaxy).

Messier 86 is part of the Virgo Cluster of galaxies and is situated about 50 million light-years from Earth. The galaxy is moving through space remarkably quickly  — its current trajectory is bringing it in our direction, back towards the centre of its cluster from the far side, at the incredible speed of over 875 000 kilometres per hour! Because of the speed with which it is moving through the cluster, Messier 86 is undergoing a process known as ram-pressure stripping; the resistive material filling the gaps between individual cluster galaxies is pulling at the gas and dust in Messier 86 and stripping them out as the galaxy moves, creating a long trail of hot gas that is emitting X-ray radiation.

Astronomers are using these data to study elliptical and lenticular galaxies, both of which are often found at the centres of galaxy clusters. By studying the cores of these galaxies, astronomers hope to determine details of the central structure and to analyse both the history of the galaxy and the formation of its core.