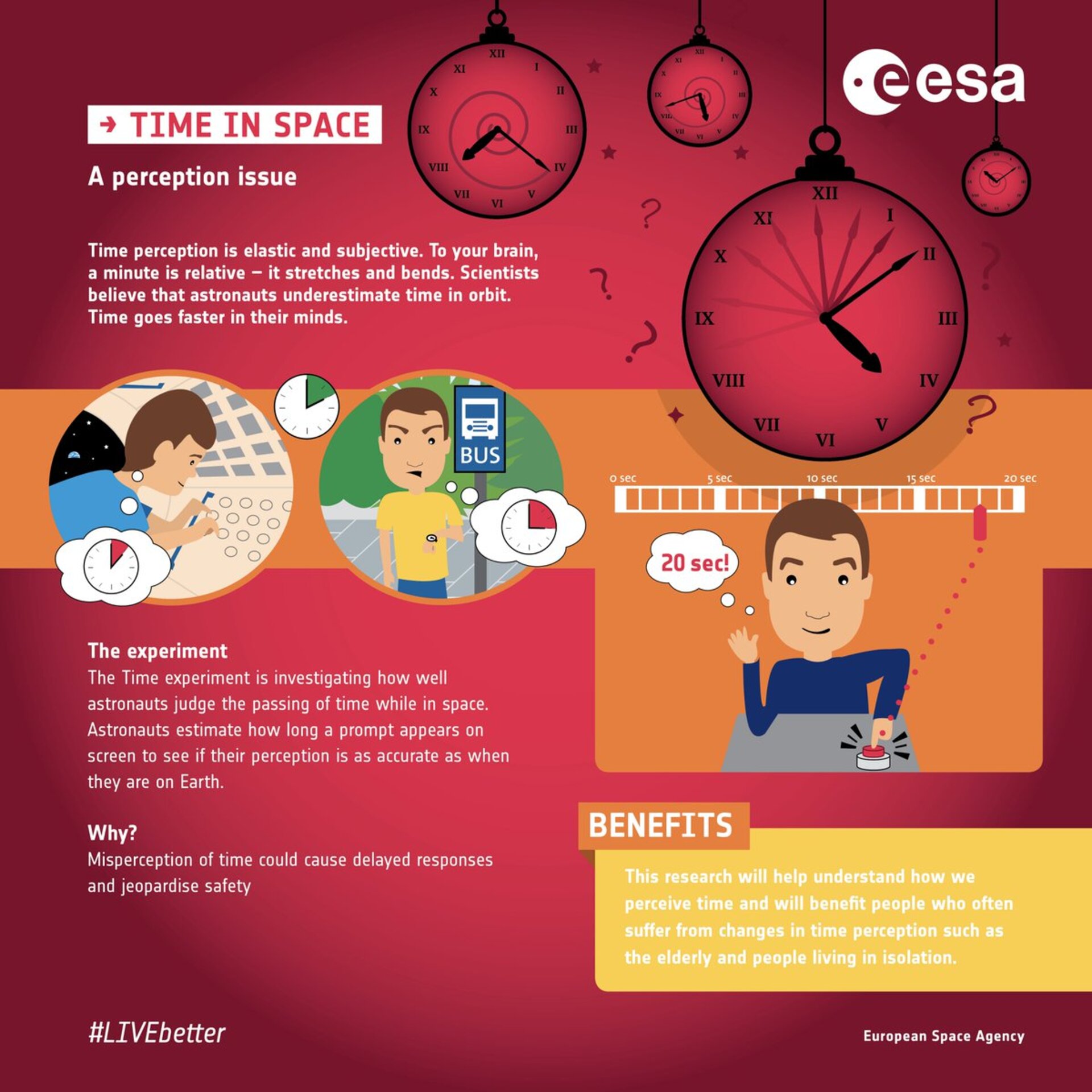 The Time experiment on the International Space Station investigates the claim that time subjectively speeds up in microgravity.