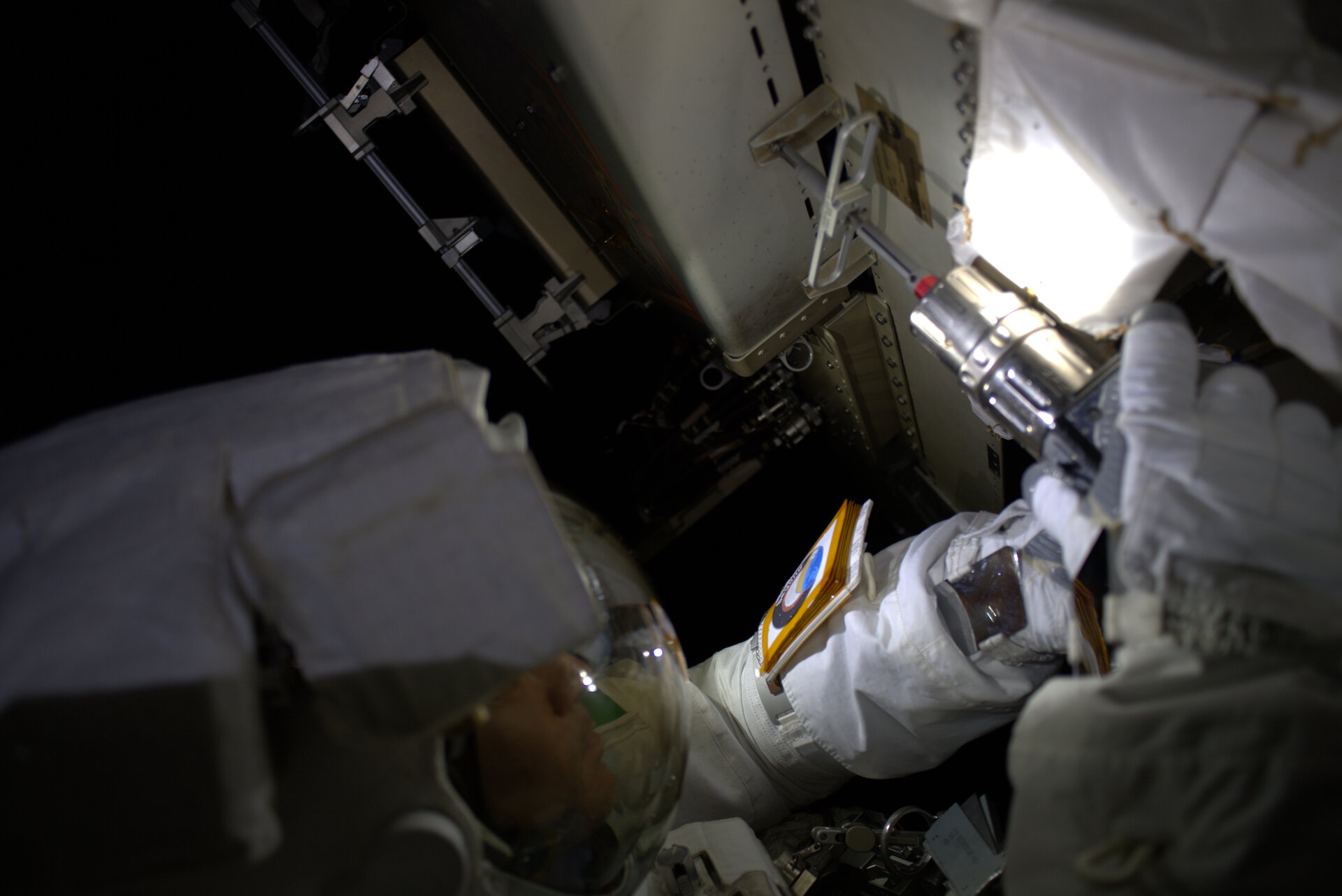 ESA astronaut Luca Parmitano's first #SpacewalkForAMS. During his Beyond mission on the International Space Station, Luca and NASA astronaut Andrew Morgan are performing a series of complex spacewalks to service the cosmic ray detecting Alpha Magnetic Spectrometer AMS-02. This first spacewalk took place 15 November 2019.
Luca tweeted this image following the first spacewalk with the caption: With only the helmet lights for visibility, I’m using a specially designed tool to remove and capture AMS’ many fasteners and washers.