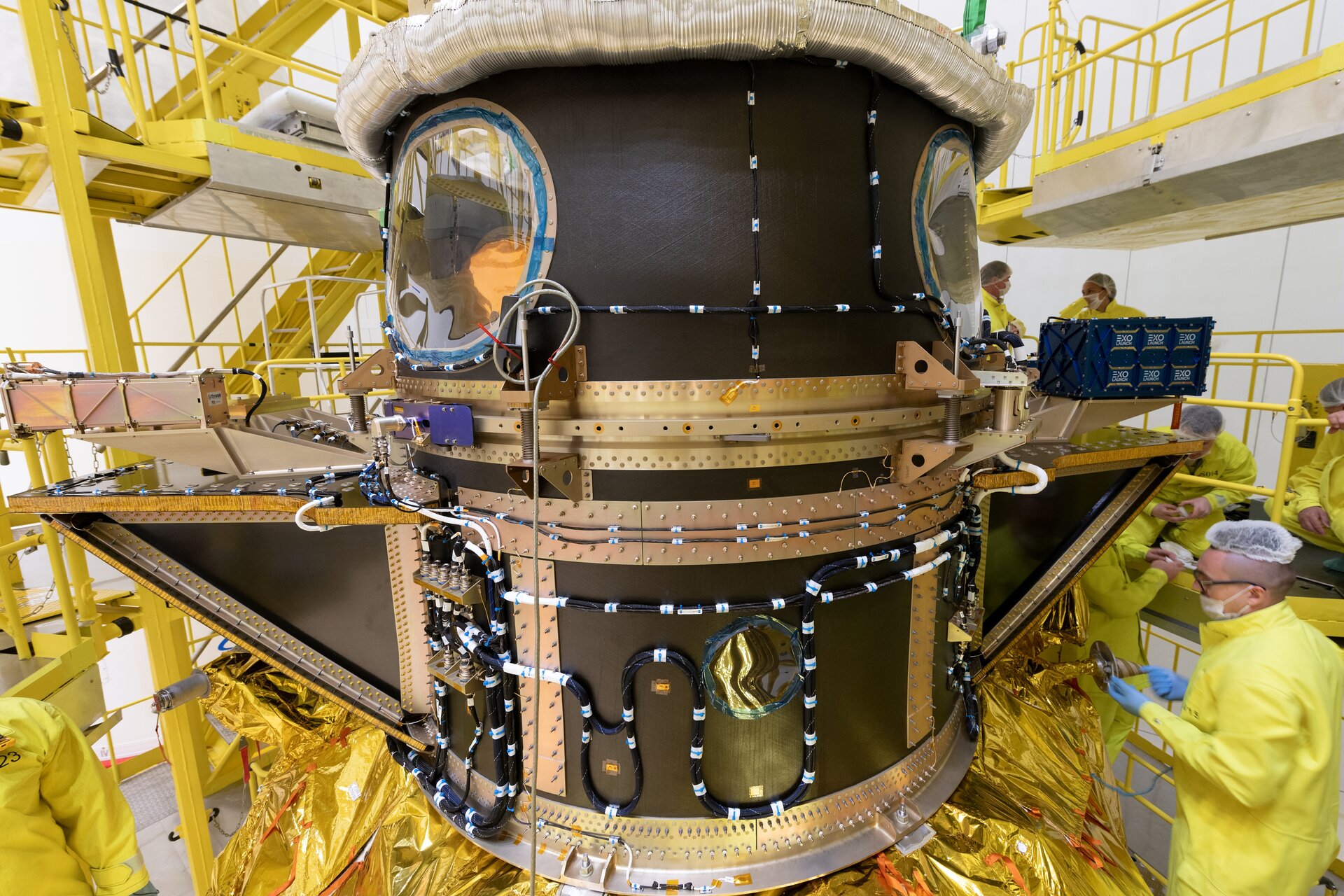 In this picture, taken on 6 December, the Souyz Arianespace System for Auxiliary Payloads (ASAP-S), enclosing Cheops and supporting the three Cubesats, is in position atop the Fregat upper stage of the Soyuz launcher. The ASAP-S multi-passenger dispenser system will be used to integrate the main passenger, Cheops and the Cubesats into the launcher.

The copper-coloured baffle cover of Cheops can be seen inside the ASAP-S system, and two of the three Cubesats on the side platforms.