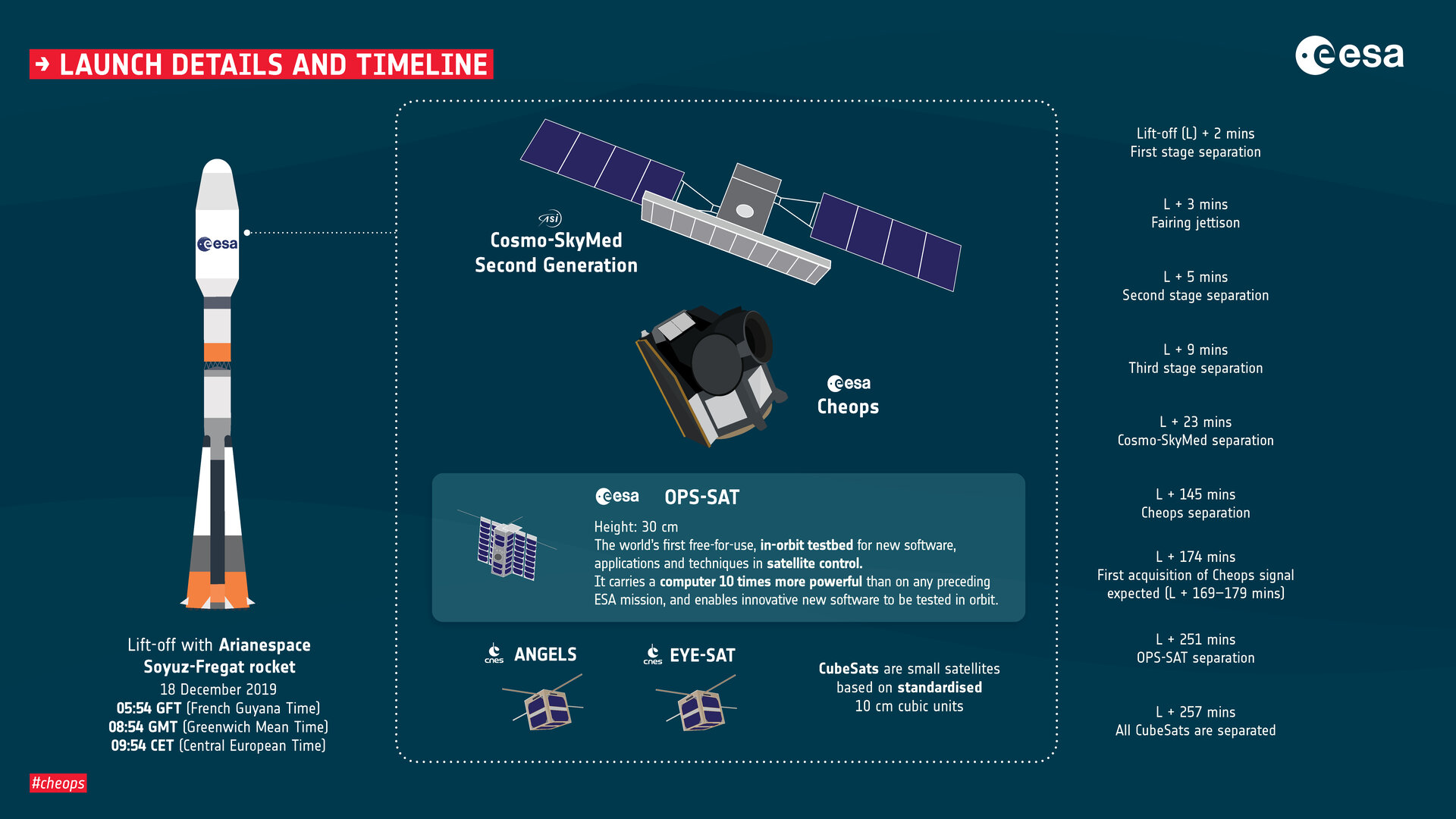 Cheops, the Characterising Exoplanet Satellite, is ESA’s first mission dedicated to the study of extrasolar planets, or exoplanets. It will observe bright stars that are already known to host planets, measuring minuscule brightness changes due to the planet’s transit across the star’s disc.

Scheduled for launch at 09:54 CET on 17 December 2019, Cheops will lift off as a secondary passenger, hitching a ride on the Soyuz-Fregat that will deliver the first satellite of the Italian Space Agency’s Cosmo-SkyMed Second Generation constellation into space. The launcher will also carry three ‘CubeSats’, small satellites based on standardised 10 cm cubic units, including ESA’s OPS-SAT, the world’s first free-for-use, in-orbit testbed for new software, applications and techniques in satellite control.