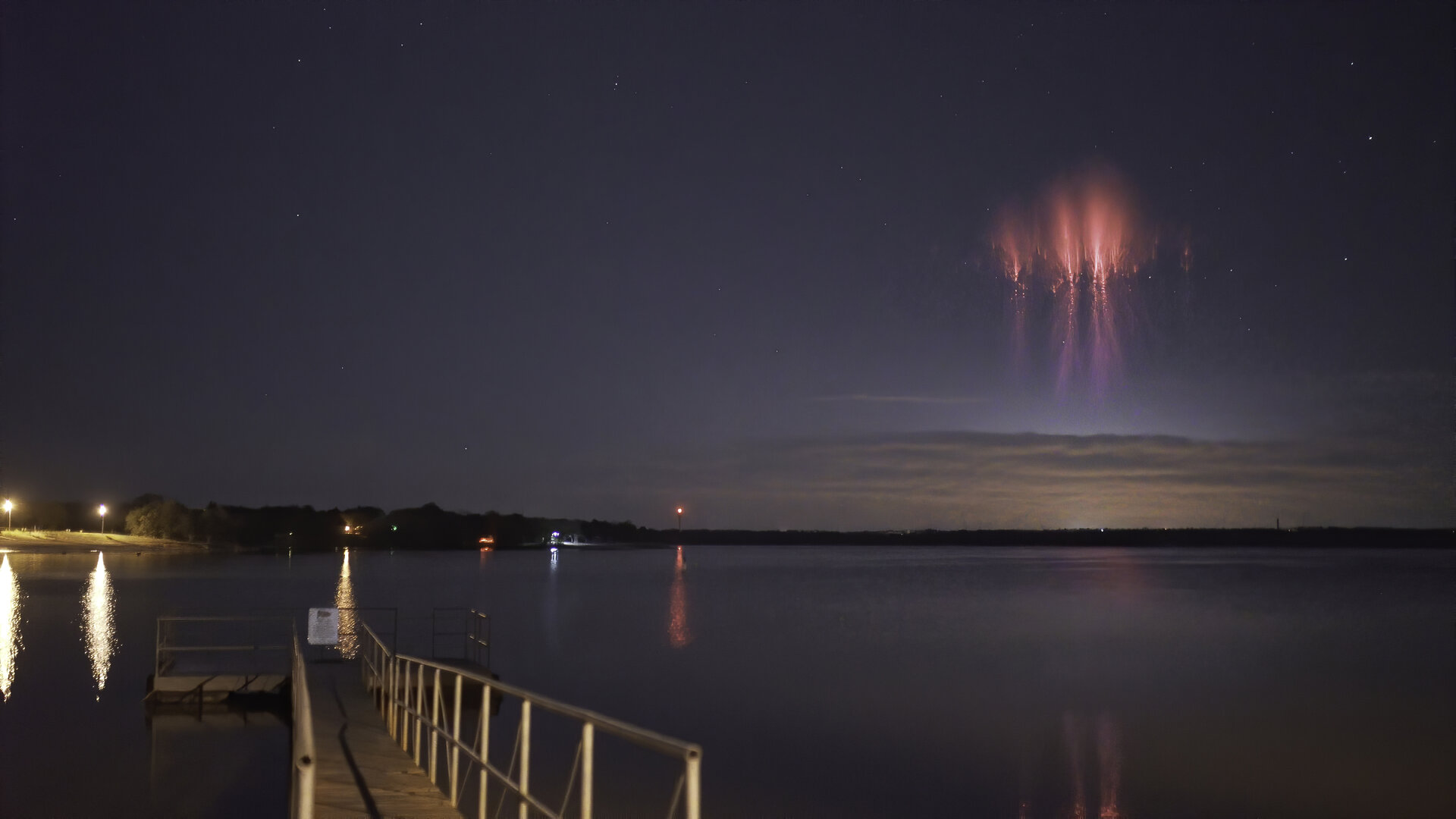 The sprite before Christmas

Someone decked the skies with boughs of sprites.

The red jellyfish in the sky is a unique red sprite high above a storm across the southern plains of the United States.

Taken in the early hours of 21 October by outdoor photographer Paul Smith, red sprites, along with blue jets and elves, are elusive electrical discharges in the upper atmosphere that are difficult to study as they occur over thunderstorms and propagate out into space.

“There were some very strong events and many dancing sprites as the storms matured,” says Paul.

“I was so amazed to capture some very bright reflections in the lake I was shooting from. I was out until the early hours of the morning and got home at 5:00, but so worth it!” The photo was taken from Lake Acadia, Oklahoma. Watch a video of the storm here.

Sightings of these elusive high altitude optical phenomena had long been based on hearsay and appeared to be linked with thunderstorms.  First camera images of red sprites were obtained about 30 years ago. The scientific community was intrigued and wanted to learn more, leading to the creation of an observatory that is now aboard the International Space Station.

All these instruments are mounted together outside the European Columbus module and look downwards towards the Earth. The combination of optical and Gamma-ray detectors in the same payload makes it possible to describe the lightning processes that lead to TGF emissions. ASIM provides the highest ever spatial and temporal resolution for the study of electrical activity linked to thunderstorms.

New data from ASIM will improve our understanding of the effect of thunderstorms on the atmosphere and thus contribute to more accurate climate models.

The data ASIM is generating has been made available to the public for the first time and can be consulted at the ASIM Science Data Center. A recent paper was also published in Science magazine.

Though they are difficult to detect due to their faintness and the fact that they disappear within milliseconds, the conditions from Earth were just right to catch these sprites in action.