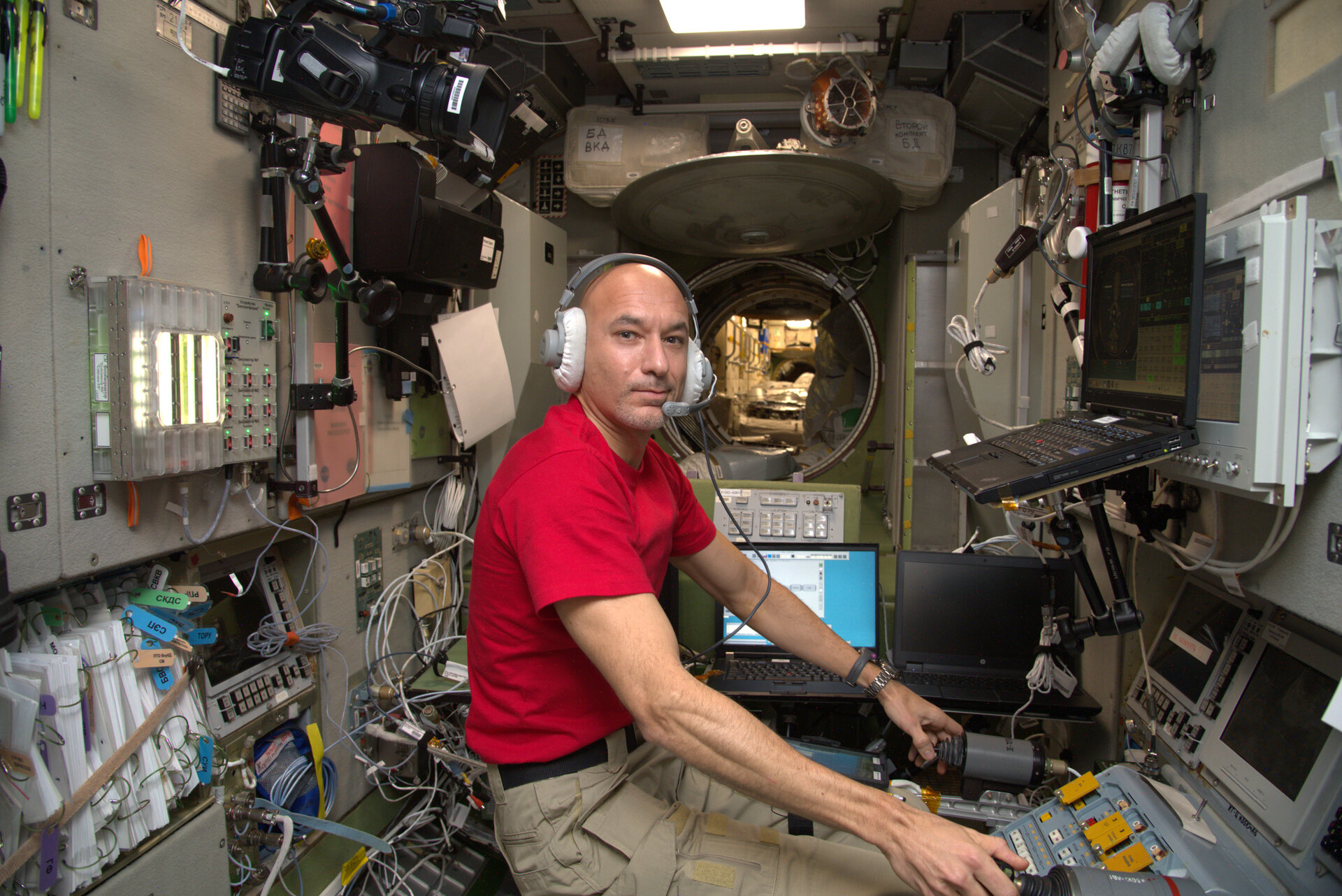 ESA astronaut Luca Parmitano training for the manual docking of Soyuz MS-13 ahead of operations to move the spacecraft from the Zvezda service module to the Poisk module in the early hours of Monday 26 August.