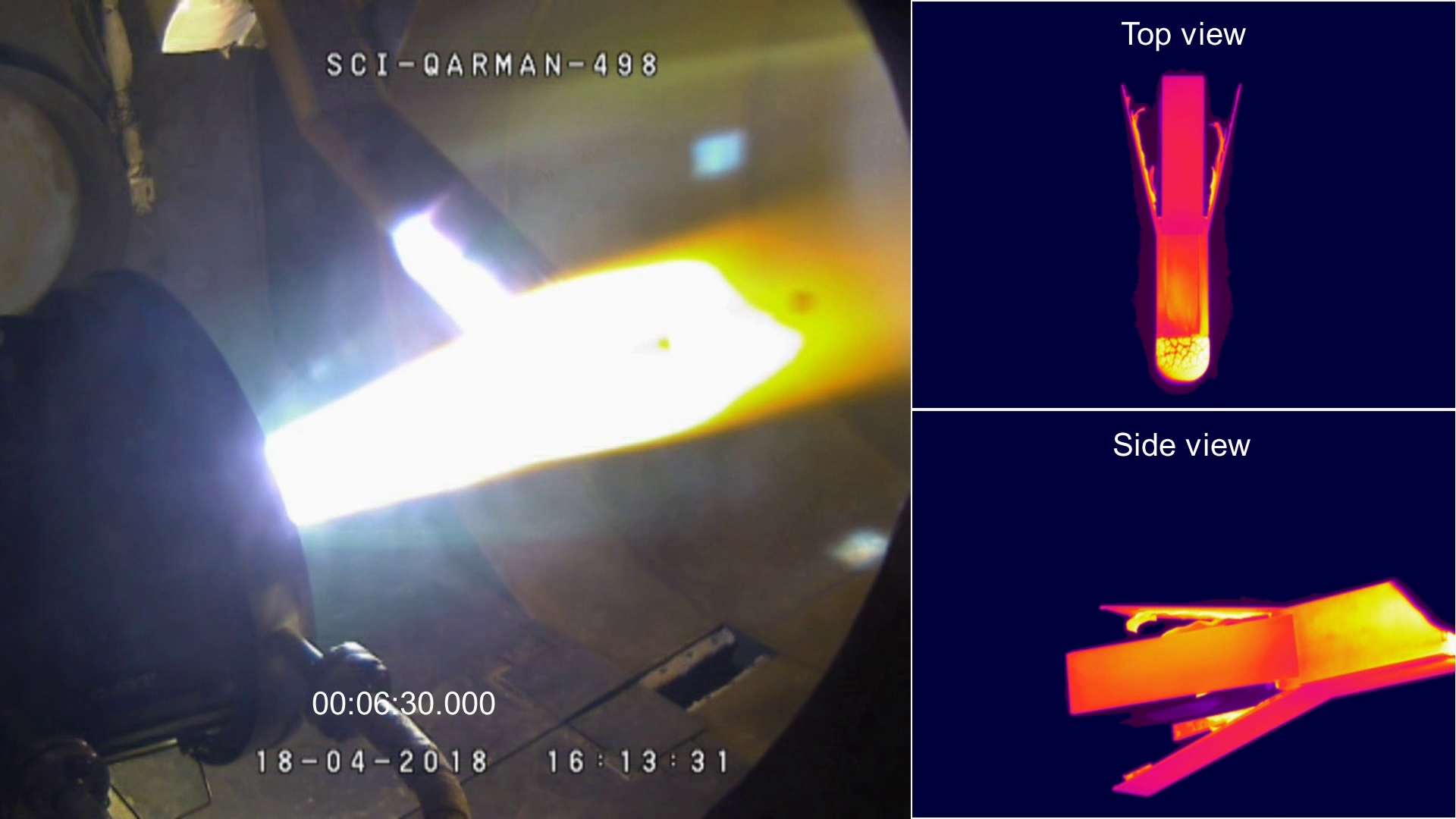 Equipped with a cork-based heatshield, titanium side walls and silicon carbide deployable panels, the Qarman (QubeSat for Aerothermodynamic Research and Measurements on Ablation) CubeSat survived six and a half minutes of testing inside Italy’s Scirocco Plasma Wind Tunnel.

An arc jet using up to 70 megawatts of power – enough to light up a town of 80 000 people – converted air into hot plasma at temperatures of several thousand degrees Celsius, which sped towards Qarman at seven times the speed of sound. See video of the test here.