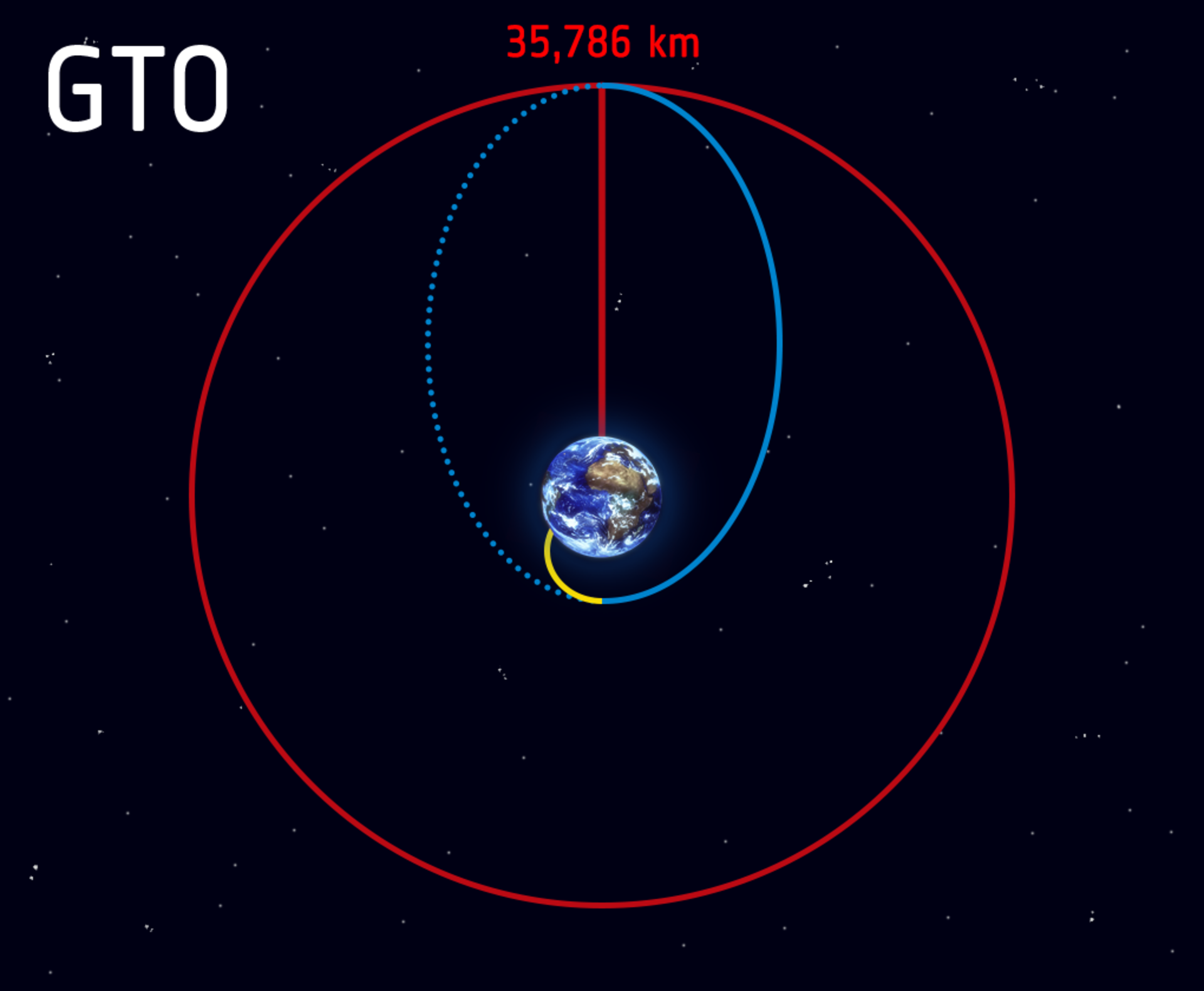 After liftoff, a launch vehicle makes its way to space following a path shown by the yellow line, in the figure. At the target destination, the rocket releases the payload which sets it off on an elliptical orbit, following the blue line which sends the payload farther away from Earth. The point farthest away from the Earth on the blue elliptical orbit is called the apogee and the point closest is called the perigee.

When the payload reaches the apogee at the GEO altitude of 35 786 km, it fires its engines in such a way that it enters onto the circular GEO orbit and stays there, shown by the red line in the diagram. So, specifically, the GTO is the blue path from the yellow orbit to the red orbit.