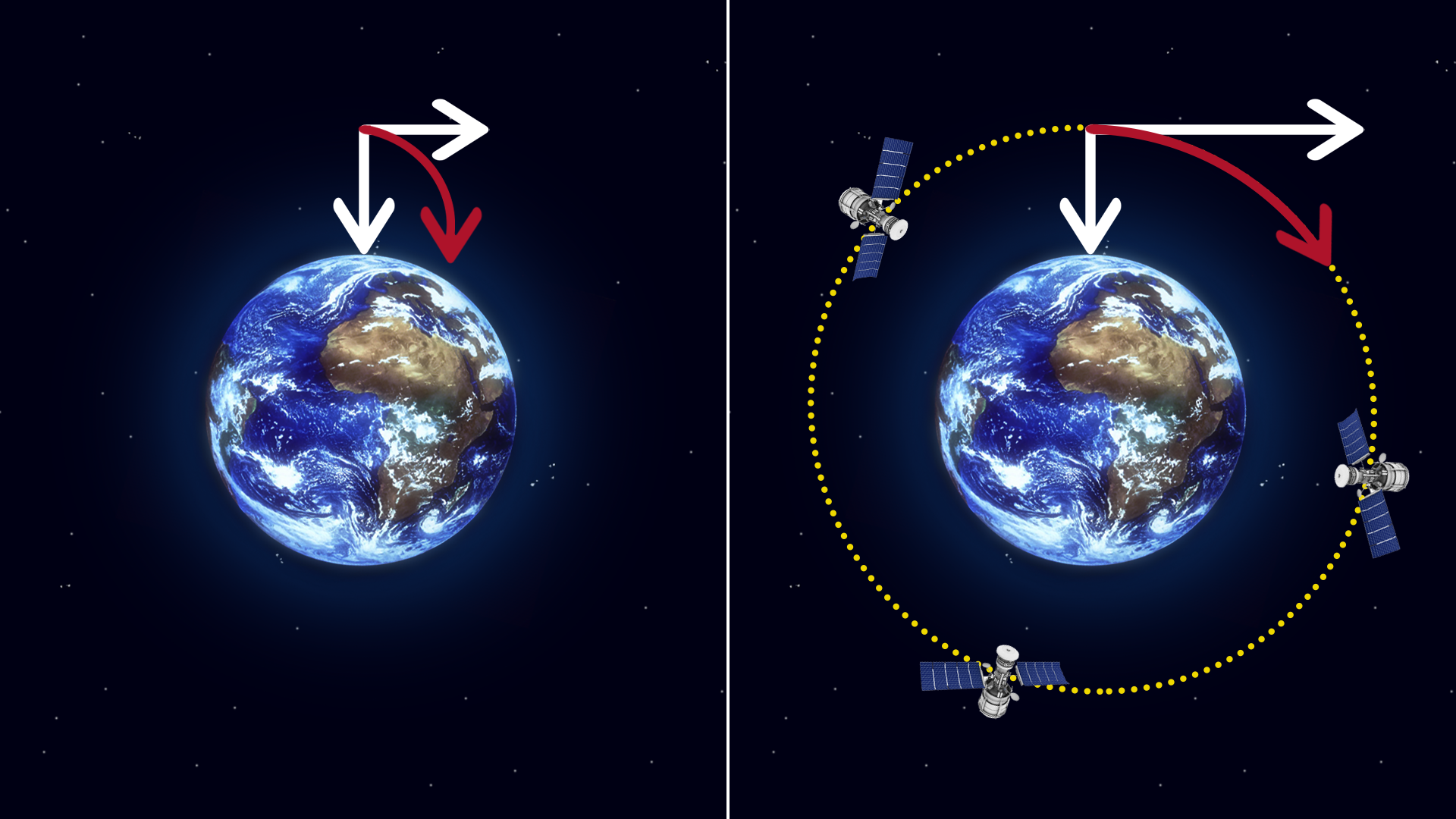 This happens in a way that is similar to throwing a ball out of the window of a tall tower – to get the ball going, you need to first give it a ‘push’ by throwing it, making the ball fall towards the ground on a curved path. Whilst it is your throw that gives the ball its initial speed, it is gravity alone that keeps the ball moving towards the ground once you let go.

In a similar fashion, a satellite is put into orbit by being placed hundreds or thousands of kilometres above Earth’s surface (as if in a very tall tower) and then being given a ‘push’ by the rocket’s engines to make it start on its orbit.

As shown in the figure, the difference is that throwing something will make it fall on a curved path towards the ground – but a really powerful throw will mean that the ground starts to curve away before your object reaches the ground. Your object will fall ‘towards’ Earth indefinitely, causing it to circle the planet repeatedly. Congratulations! You have reached orbit.

In space, there is no air and therefore no air friction, so gravity lets the satellite orbit around Earth with almost no further assistance. Putting satellites into orbit enables us to use technologies for telecommunication, navigation, weather forecast, and astronomy observations.