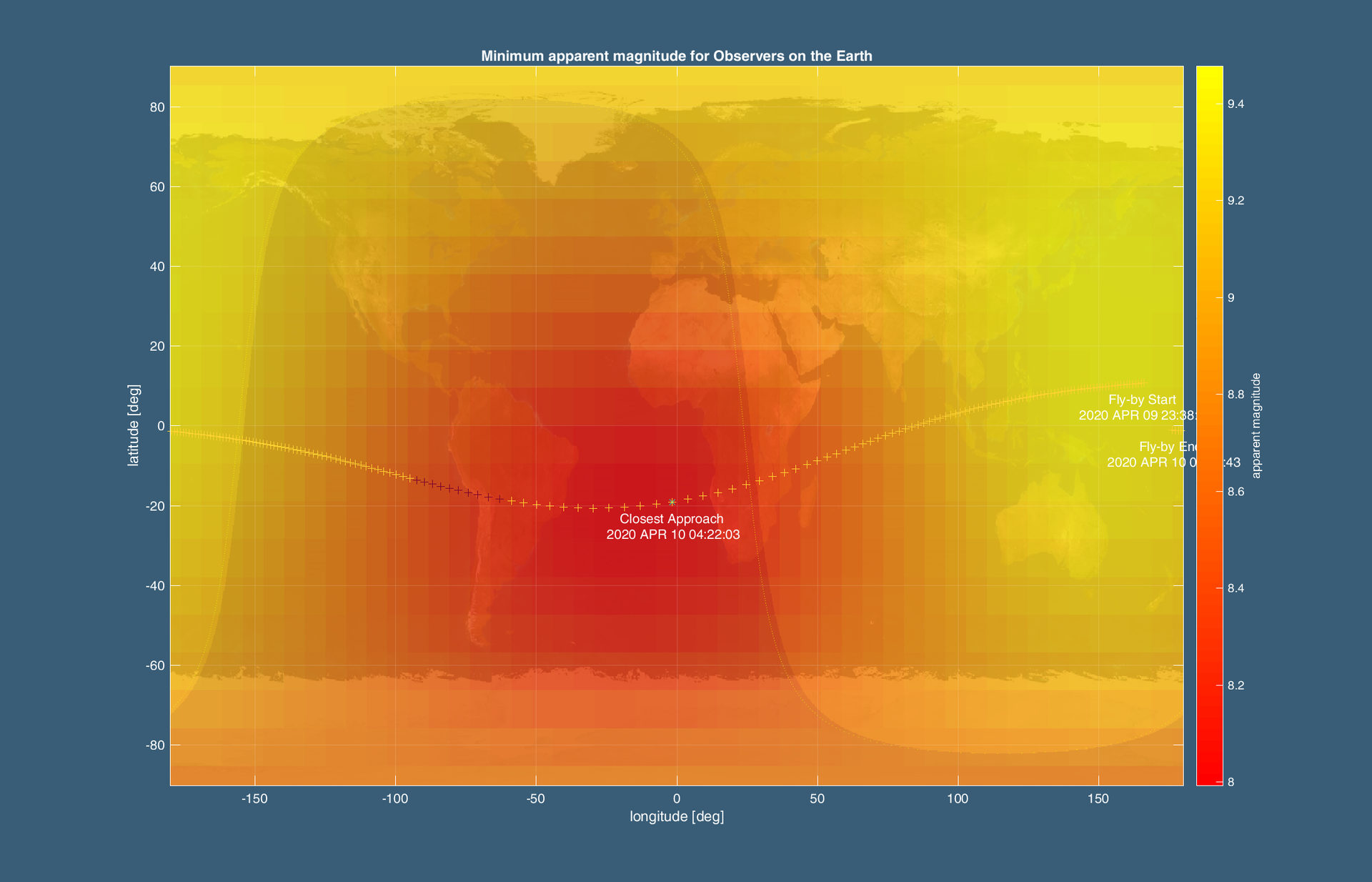 This map shows the visibility of the BepiColombo spacecraft in the sky during the 10 April flyby for different locations on the planet.

BepiColombo will make its closest approach at 05:24:58 BST (06:24:58 CEST) on 10 April 2020 as it crosses the sky from East to West, passing over at an altitude of just 12 700 km. The spacecraft will not be visible to the naked eye, but observers with access to a small telescope, binoculars or a camera might be able to catch the Mercury explorer as it bids farewell to our home planet.

As indicated in the colour bar on the right, red areas indicate apparent magnitude down to a value of eight (lower magnitude values indicating brighter objects, and the faintest sources in the sky visible to the naked eye have a magnitude of six.)

The best places to spot it are located in the southern hemisphere, but observers in southern locations of the northern hemisphere might also catch a parting view of the spacecraft.

You can compute your own plot of BepiColombo’s motion across the sky for your location, by adding your latitude and longitude in this tool developed by a team of BepiColombo scientists from the National Institute for Astrophysics in Italy: https://bepicolombo.iaps.inaf.it