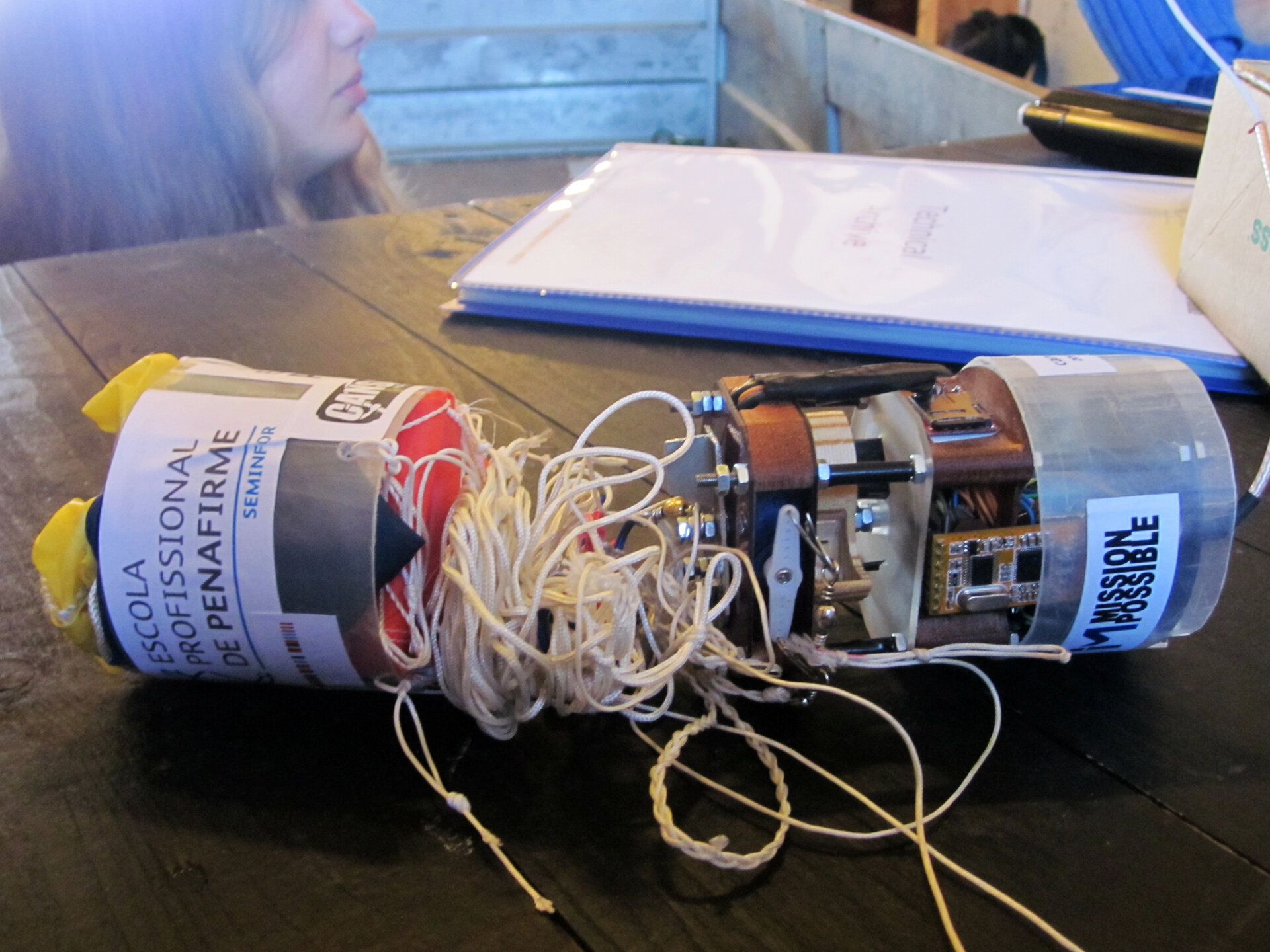 The 2014 European Cansat Competition reached a successful conclusion on 5 June, after five days of intense activity. This year, nine teams of high school students from six ESA Member States and five teams who had won their national competitions, participated in the exciting contest, which took place at the Andøya Rocket Range in Norway.

On 31 May and 1 June, students from all over Europe converged on Andøya, north of the Arctic Circle. In addition to the usual buses, boats and planes, Team Ro-Sat One drove many thousands of kilometres, all the way from Romania.

Following a night’s rest, the teams were welcomed by Arne Hjalmar Hansen, director of the Norwegian Centre for Space-related Education (NAROM), after which the competition was officially opened by Henrik Aasheim, a Member of the Norwegian Parliament.

The students then got down to the serious business of presenting their projects to each other and the experts who would judge the competition. This was followed by a safety briefing and pre-flight inspections by representatives of NAROM, to ensure that everything was flight worthy.

Rather more light-hearted was a visit later in the day to Spaceship Aurora simulator, where groups of students were assigned space-related missions.

On the launch day, 3 June, the teams were transported to Skarsteinsdalen, a former military camp where the CanSats were to be launched to an altitude of about 1 km by a small Intruder rocket.

Five rockets, each carrying two Cansats, soared into the air during the morning. Unfortunately, one rocket deployed the Carmen Sylva and Ro-Sat One payloads later than normal, so their flight time was shorter than for the other Cansats. Two teams lost contact with their payloads after suffering a power problem.

After some delay caused by military exercises in the area, the remaining sounding rockets lifted off in the afternoon. The majority of the Cansats were recovered after touchdown. After returning to Andøya Rocket Range, the teams analysed their data in preparation.

On 4 June, the students gave their final presentations in front of the jury. Then, whilst the experts deliberated, they were able to enjoy some free time, followed by a dinner.

At the final ceremony on 5 June, the first prize in the Beginners category was awarded to Kattsat from Norway, with the second prize going to Carmen Sylva 1 from Romania, and third prize to Candroid from Ireland.

The winning team in the Advanced category was Ro-Sat One from Romania, who included a rover on their Cansat. Second was Aristarchus from Greece, with Atmosteam from Belgium in third.

Once again, the team members were full of praise for the organisers and the event.

“It was an amazing experience because we took so many memories from it,” said Nearchos Nikolaos Prokopiou of team Aristarchus (Greece). “We saw spectacular scenery, we met so many people from different countries that we may keep in touch with and, last but not least, we developed different skills on fields that we didn’t even know existed!‘’

“This experience has truly shown me what it means to be European,” said Tim Argirios Tsagopoulos, a member of the RED team (Germany). “So many different teams from all over Europe shared their experiences with each other and it never felt like competing.”

A CanSat is a simulation of a real satellite, integrated within the volume and shape of a soft drink can. The challenge for the students is to fit all of the major subsystems found in a satellite, such as power and communications, into the tiny can.

After release from a rocket or a balloon, the CanSat has to perform a scientific / technological mission and return safely to the ground. Several ESA Member States have also introduced CanSat competitions for students.

The team members are full time students (aged 16+) who are enrolled at a high school in an ESA Member State. The teams are assisted by a teacher or tutor.

The first European CanSat competition was held in August 2010. Since then, dozens of teachers and hundreds of high school students from ESA Member States have enjoyed the challenge of building and flying their mini payloads.