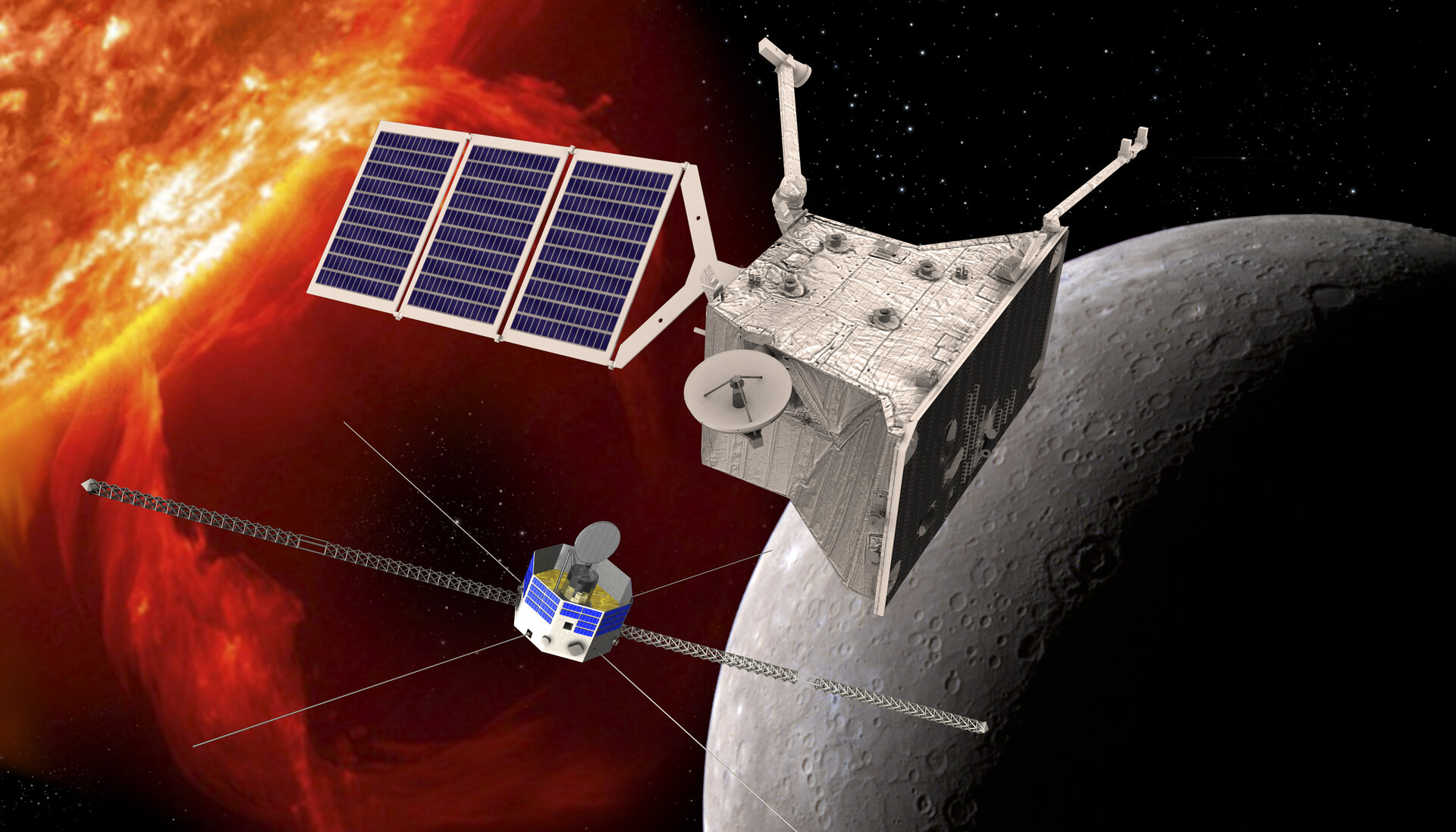 The composite spacecraft will reach Mercury using a highly efficient, low thrust, electric propulsion system that will steadily propel it along a series of arcs around the Sun. With a launch in October 2018, the trajectory will also be modified by eight planetary flybys: of Earth in April 2020, Venus in 2020 and 2021, and then six times of Mercury itself between 2021 and 2025. BepiColombo will enter Mercury orbit in December 2025.

Europe's space scientists have identified the mission as one of the most challenging long-term planetary projects, as Mercury's proximity to the Sun makes it difficult for a spacecraft to reach and survive in the harsh environment. Scientists are keen to go to Mercury for the valuable clues that such a mission can provide in understanding the planet itself as well as the formation of our solar system; clues which cannot be obtained with distant observations from Earth.

The objectives of the mission are:

MPO will study the surface and internal composition of the planet, while MMO will study Mercury's magnetosphere, the region of space around the planet that is dominated by its magnetic field.

Under her lead, the team are now working on mission operations definition and building and testing the ground segment. In 2014-15, the team will conduct a series of System Validation Tests, connecting the newly installed mission control systems on ground with the satellite flight model as it undergoes integration and final testing. This enables the team to test and validate flight control procedures with the actual spacecraft.

The FCT will be supported by specialist teams at ESOC from functional areas such as flight dynamics, ground facilities and tracking stations and mission data systems.

BepiColombo, one of the 'cornerstones' in ESA's long-term science programme, presents enormous but exciting challenges. Apart from Venus Express, all of ESA's previous interplanetary missions have been to relatively cold parts of the Solar System. BepiColombo will be the Agency's first experience in sending a spacecraft so close to the Sun.

The journey from Earth to Mercury will take some seven years. ESA is responsible for the overall mission design, and for the operation of the composite spacecraft up to the insertion of the MPO and MMO into their orbits.

On its long way to Mercury, the spacecraft must brake against the Sun's gravity, which increases with proximity to the Sun – rather than accelerate away from it, as is the case with journeys to the outer solar system. BepiColombo will accomplish this by conducting a series of planetary flybys and by using solar electric propulsion (SEP). 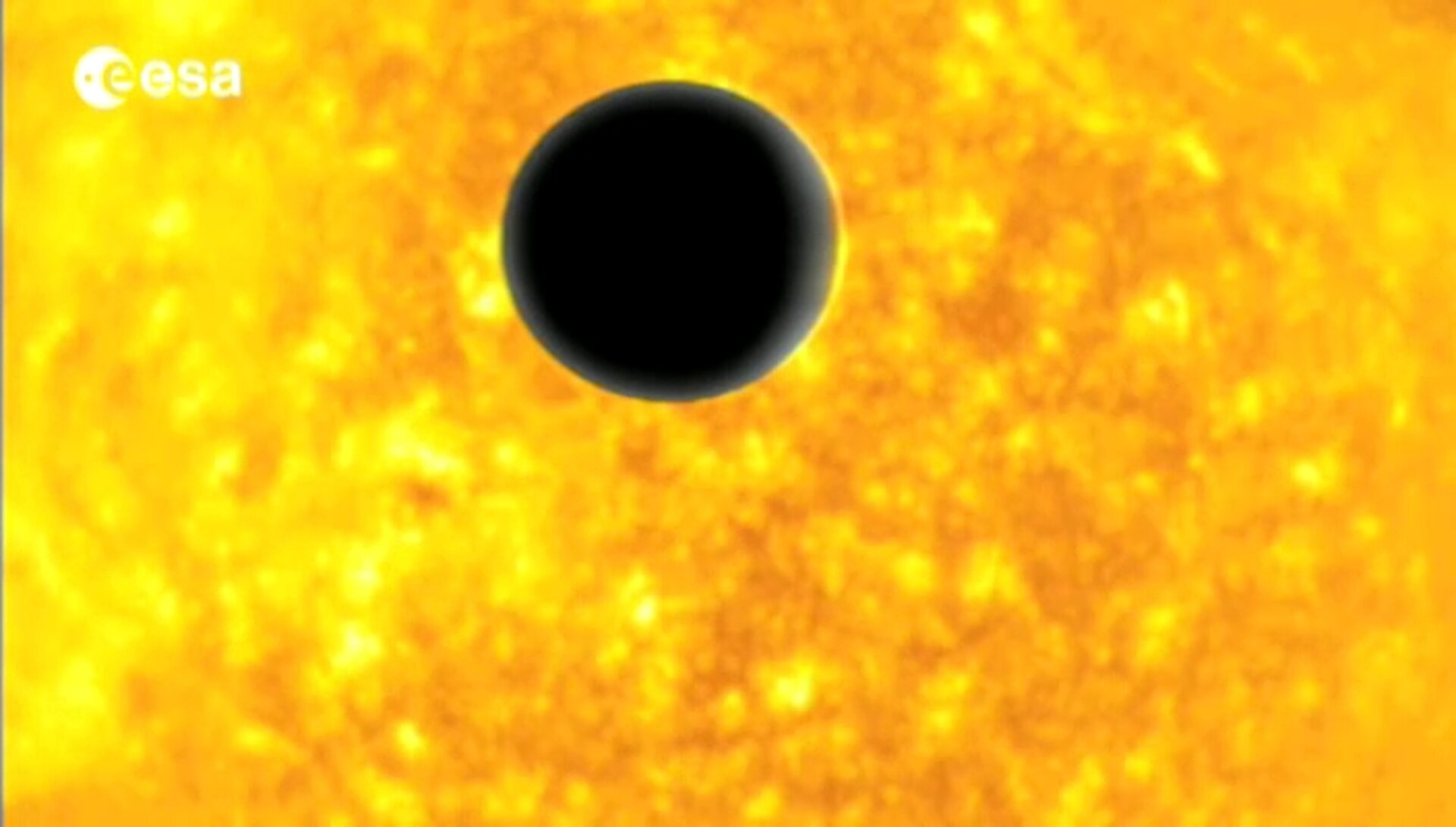 A brief summary of the key stages in the journey to Mercury are given here:

Key mission dates and other details on the mission are available via the Bepi Colombo fact sheet.

ESA is responsible for the overall mission design, and for the operation of the composite spacecraft up to the insertion of the MPO and MMO into their orbits.

During the cruise, the team at ESOC in Darmstadt will coordinate operation of the full composite spacecraft using ESA's 35 m-diameter deep-space tracking station, Cebreros, Spain, supported by the two other 35m stations in Argentina and Australia. Cebreros (DSA 2) will provide telecommanding visibility for some 8 hours daily; a cross-support agreement with JAXA ensures that the Japanese Usuda Deep Space Centre's 64 m-diameter station can be also be used as back-up during critical phases and in case of problems.

Japan's JAXA Sagamihara Space Operation Centre, using the Usuda station, in Nagano, will take over the operation of the MMO once it is in orbit around Mercury, while ESOC will remain in charge of the MPO spacecraft.

After arrival at Mercury and separation of the MMO by spin ejection, Sagamihara, located south-west of Tokyo, will take over control of MMO. ESOC will retain control of the MPO until the end of the mission.