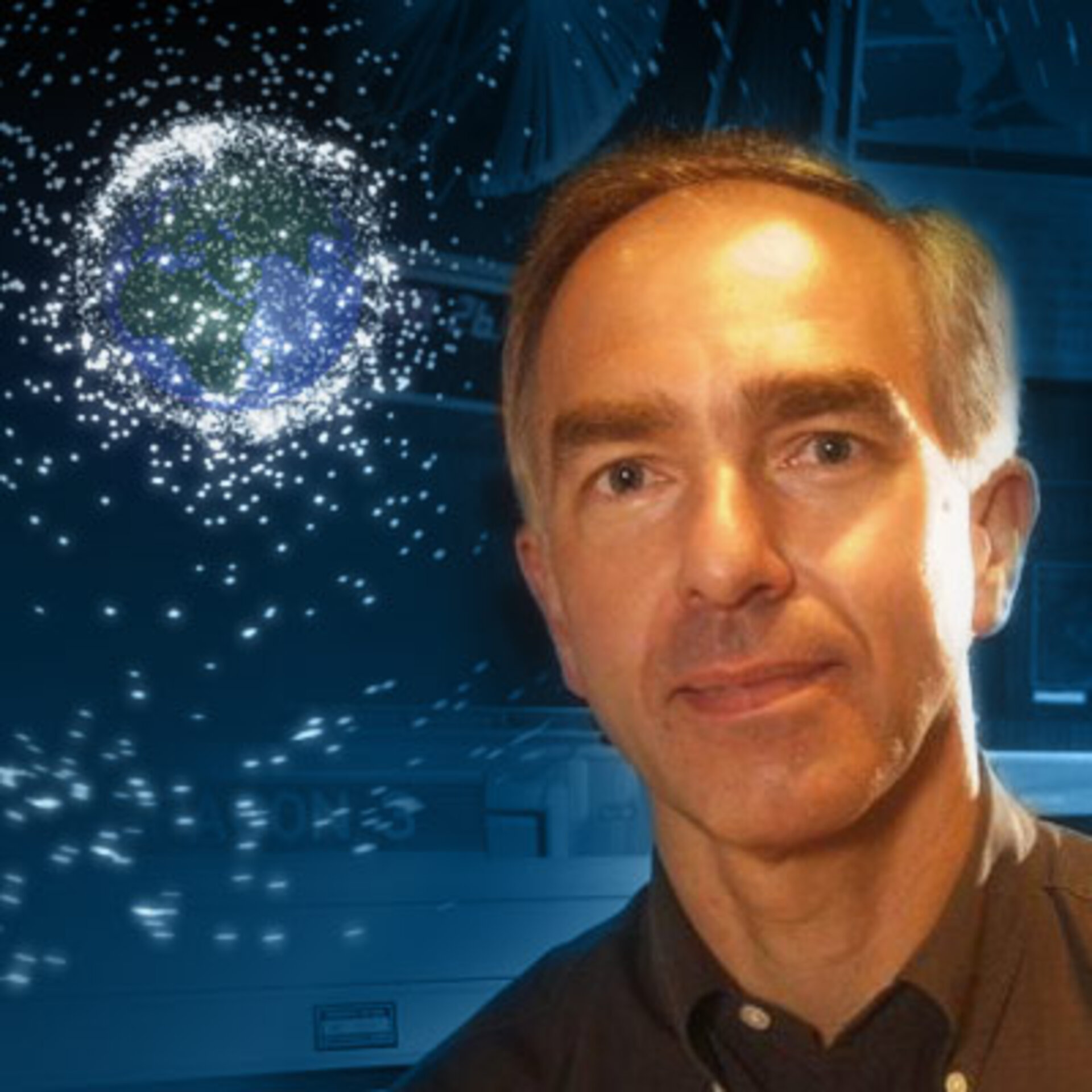 Years of experience studying space debris have transformed Dr Heiner Klinkrad, acting head of ESA's Space Debris Office and one of the world's top experts, into a passionate and thoughtful advocate for change.

Space debris can be a difficult problem to explain to policy makers and the public at large. While the overall risk today can be regarded as low, if space faring nations don't amend their debris-causing practices, the future for near-Earth spaceflight could be bleak, with a growing cloud of cast-off launcher stages, dead satellites, bits of exploded spacecraft and rocket bodies, and a growing number of collision fragments creating a threat too hazardous for space flight half a century from now.

A mechanical engineer by training, Klinkrad has been involved since the early 1990s in behind-the-scenes work aiming to establish international standards and protocols for space debris mitigation.

The good news is that the efforts of Klinkrad and others are starting to have an effect, and most spacecraft operators have now accepted the need for comprehensive mitigation measures.

What is the problem caused by space debris?

At the start of the space era, when missions ended, satellite operators simply abandoned their spacecraft. These, plus spent booster stages and other detritus, stayed up there until their orbits decayed and they fall back to Earth, or until they collided with each other. Even after the end of the mission, batteries and pressurised systems as well as fuel tanks explode. This generates debris objects, which contribute to the growing particle population, ranging from less than a micrometer to 10 centimetres or more in size. In orbit, relative velocities can be quite large, ranging in the tens of thousands of kilometres per hour.

For Envisat, for example, the most probable relative velocity between the spacecraft and a debris object is 52,000 kilometres per hour. If a debris objects hits a satellite, the ISS or the Shuttle, it could cause severe damage or catastrophe.

Is there any technology that can eliminate these post-mission explosions?

About 40% of ground-trackable space debris come from explosions, now running at four to five per year. In 1961, the first explosion tripled the amount of trackable space debris. In the past decade, most operators have started employing on-board passivation measures to eliminate latent sources of energy related to batteries, fuel tanks, propulsion systems and pyrotechnics. But this alone is insufficient. At present rates, in 20 or 30 years, collisions would exceed explosions as a source of new debris.

We have to reduce the number of objects up there, and in particular reduce the in-orbit mass of objects to prevent this from happening.

So these mitigation measures are important -- to avoid causing debris in the first place?

Yes. Basically, operators should de-orbit their low-Earth-orbit spacecraft, so they'll burn up in the atmosphere, or splash down in uninhabited ocean areas. In the case of telecommunication and other satellites operating in the commercially valuable geostationary zone, they should boost their satellites to a safe disposal orbit.

There are other measures, like reducing the number of mission-related objects and controlling the risk for reentry, but these are the basics. The issue is that such mitigation measures cost fuel and operational time, and therefore they increase cost. In the commercial world, this may affect your competitiveness, unless there is an international consensus to accept such costs.

In your new book, "Space Debris Models and Risk Analysis," you cover risk assessment, and methods to calculate the risk of a collision in space or of being hit on the ground by a reentering object. With private space companies planning to soon launch commercial passengers services in the US and elsewhere, what are the actual risks today?

The in-flight risk from space debris to passenger aerospace vehicles is, overall, much lower than that posed by the actual lift-off and landing phase. The risk of being struck by debris for commercial passenger space flights is very low, since most of them will fly below 200 km altitude, the minimum altitude of most debris. Collision risk depends on debris concentration and the amount of time spent in orbit, as well as on the size of your spacecraft. In 50 years, if we do nothing, however, and as collisions overtake explosion as debris sources, the risk goes up and we may reach a run-away situation.

What can we do to clean up these debris?

While there is some research being done, once debris objects are up there, they stay for a long time. The main issue today is standards. We need to agree internationally on a policy to which all space operators can adhere. The IADC (Inter-Agency Space Debris Coordination Committee) is one forum that includes ESA, NASA and all the major national space agencies, and we're discussing a new policy document derived from the existing IADC Space Debris Mitigation Guidelines agreed to in 2002. There is also now a European Code of Conduct on space debris mitigation. Furthermore, UNCOPUOS (United Nations Committee on the Peaceful Uses of Outer Space) is working on a policy document for space debris mitigation. The ISO (International Standards Organisation) is also working on standards for the implementation of space debris mitigation measures. All these activities contribute to a global solution. That's what we're aiming for.

With multi-decade timelines and other more immediate problems, how do you get policymakers to pay attention to this issue?

The space environment as it is now is acceptable for most missions. And space activities help everyone. If we further pollute space, so that no more ERS or Envisat Earth observation missions were possible, that would be a real problem, affecting our day-to-day life. These Earth observation missions typically orbit at about 800 km altitude - that's now where we find the highest concentration of debris and the highest risk of collision. It's already the most dangerous height. We have to preserve the space environment for the future. If we do nothing, we risk ruining the taxpayers' present and future investment in space, for everyone, with a risk that there would be no more, or only reduced, space activities for science or for fun.

Heiner Klinkrad has a Ph.D. in aerospace engineering. He has held a number of flight dynamics and mission analyst positions at ESA since 1980, and since 1988 he has worked on space debris. He assumed lead of ESA's Space Debris Office in 2006. Since 2001, he has also taught space debris at the Technical University of Braunschweig/ILR. In addition to a number of standardisation activities, he leads the ESA delegation to the Inter-Agency Space Debris Coordination Committee and serves on the ISO (International Standards Organisation) Orbital Debris Coordination Working Group.