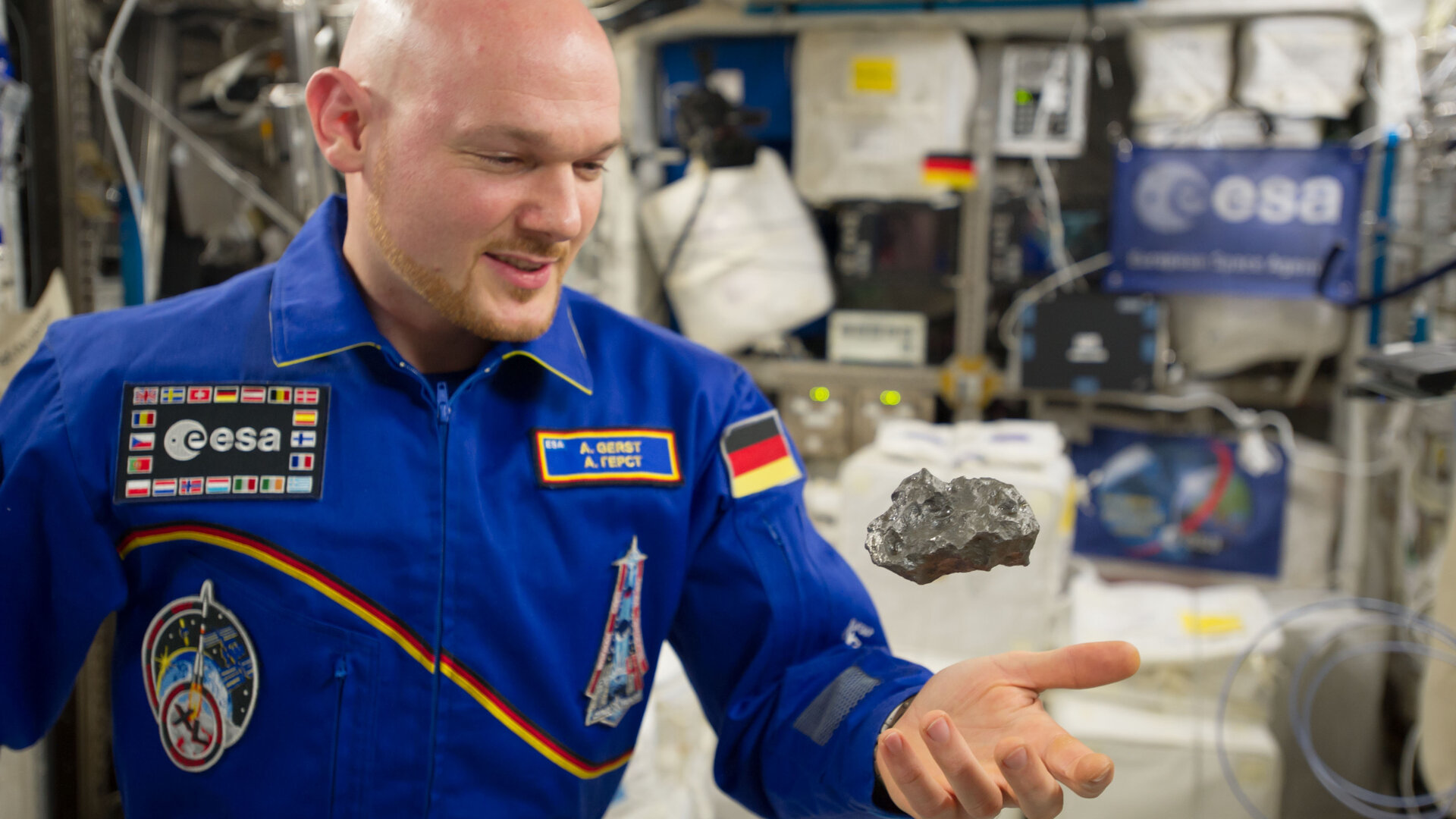 Katie Paterson's ESA-supported work Campo del Cielo, Field of the Sky – which included a symbolic return to space for a chunk of meteorite – has been shortlisted for the International Prize for Contemporary Art, granted by the Foundation Prince Pierre de Monaco.

Inspired by dreams of space exploration, Scottish artist Katie Paterson, then based in Berlin, imagined sending a piece of her meteorite artwork back to space in a celebration of science, art and human technology.

In 2014, ESA helped to make this a reality, when a fragment of the original 4.5-billion-year-old meteorite that comprises Campo del Cielo, Field of the Sky, was taken to the International Space Station inside the Agency’s Automated Transfer Vehicle.

Campo comprises a sample of meteorite that crashed into our planet over 4000 years ago. The artist made a cast of the object, arranged to have it melted in a furnace at 1700°C and then recast into a copy of its original self.

The work, which has been displayed at events and galleries in Europe, presents curious visitors with a newly formed yet still ancient meteorite, imbued with cosmic history.

“The iron, metal and dust inside have been reformed, and the layers of its cosmic lifespan – the intermixing of space and time, the billions of years of pressure and change – have become collapsed, transformed and then, by the hand of human technology, renewed,” she says.

Now, Katie's work is one of the three nominees for the Prix International d’Art Contemporain / International Contemporary Art Prize, which is awarded every three years for a recent work by an artist at the forefront of their practice.

“I am really pleased to have been nominated for this tremendous prize, which demonstrates the value of testing the intersection of art and science,” says Katie.

“I am delighted that my vision of combining art with spaceflight was achieved with assistance from the engineers and scientists at the European Space Agency.”

In October 2013, Katie visited ESA’s ESTEC technical heart in the Netherlands to deliver a 680 g fragment of her Campo work. There, it was coated with protective paint by materials experts for delivery to the International Space Station, and was launched aboard ESA’s fifth and final ATV cargo ferry, Georges Lemaître, in July 2014.

The fragment was stowed inside ATV-5 for undocking and a destructive reentry over the Pacific on 15 February 2015, giving it the rare distinction – for a meteor – of having entered Earth’s atmosphere twice.

“ESA can be proud that we contributed to the success of this project,” says Fernando Doblas, ESA’s Head of Communication.

“It shows how artists and scientists mutually inspire each other’s work. Indeed, it demonstrates that imagination is a critical part of science and space exploration.”

Established in 1965, the Prize has been organised by The Fondation Prince Pierre de Monaco since 1983. In recent years, it has been awarded to artists of international repute, each nominated by a leading art world professional.