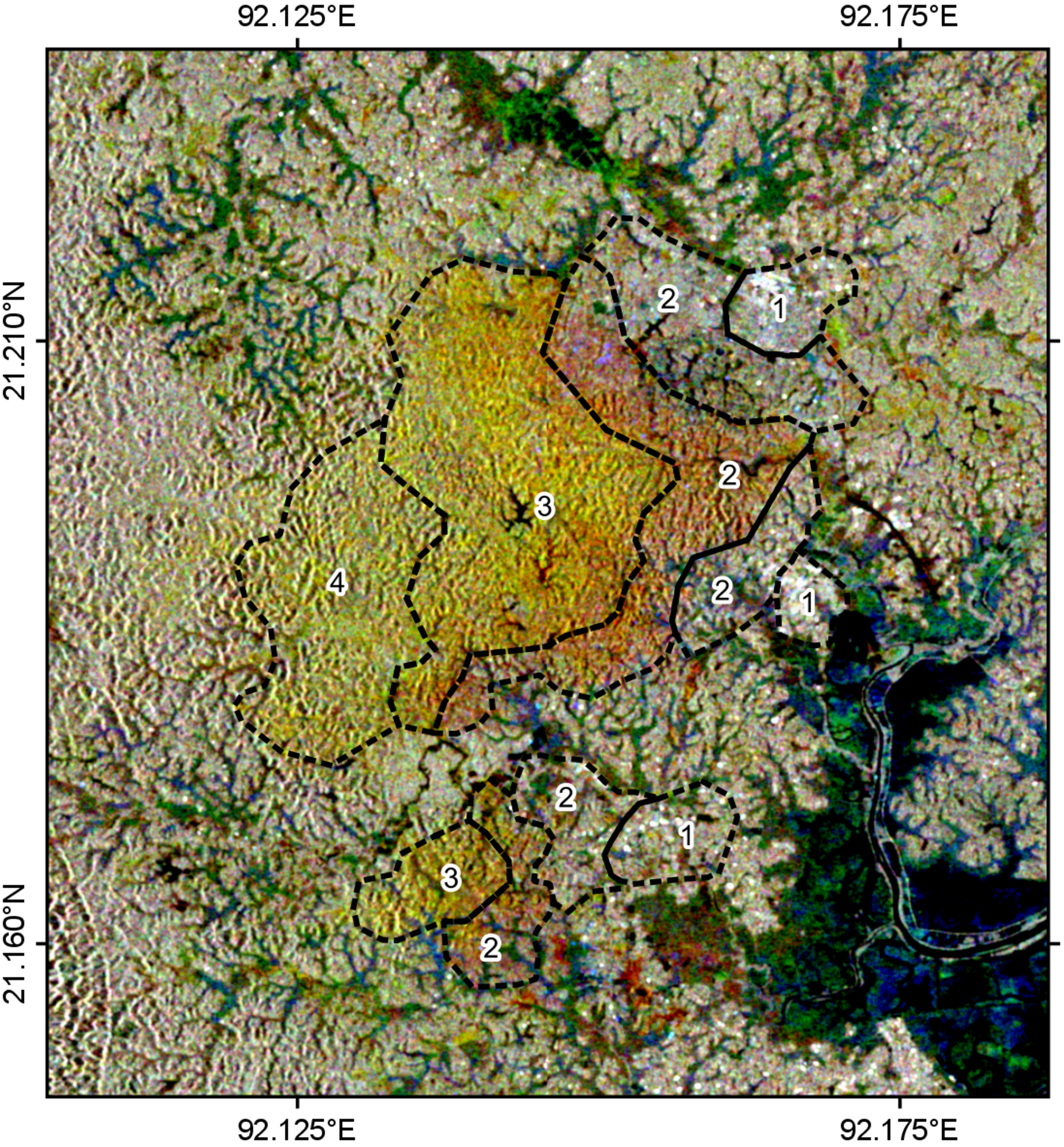 As part of its commitment to the United Nations’ Sustainable Development Goals, ESA regularly engages with non-governmental organisations (NGOs) to ensure that humanitarian aid is distributed in the most effective way. Satellite technology plays an important role in helping some of these NGOs assess the population changes, water supplies and environmental impacts of the camps that shelter many of the world’s 70.8 million forcibly displaced people.

Over the past five years, a consortium of NGOs has been considering how Earth observation data could be used to support the humanitarian sector. Two consecutive projects that come under the umbrella name EO4Hum were led by the Department of Geoinformatics at the University of Salzburg (Z_GIS) in collaboration with Médecins Sans Frontières (MSF).*

The more recent of the two initiatives aimed to increase the automated use of data from satellite missions, such as the ESA-developed Copernicus Sentinels, while improving population estimates to support humanitarian organisations. Z_GIS also participated in the ESA-supported Big Data for Migration study.

EO4Hum uses imagery from various satellites, including Copernicus Sentinel-1 and Sentinel-2, to monitor population movements in refugee camps and identify potential groundwater extraction sites in their vicinity. Satellite-based mapping of these dynamic areas, combined with data from the ground, helps NGOs to estimate the number and location of people who require vaccinations, food, water and shelter. Using this information, NGOs can also assess the environmental damage caused when large numbers of refugees compete for limited natural resources, such as firewood, water and food.

“Earth observation technology allows NGOs to collect information from a safe distance when there isn’t adequate security on the ground,” says Stefan Lang, associate professor at Z_GIS and coordinator of the EO4HumEn and EO4HumEn+ projects. “It is also more cost-effective, allows NGOs to control the level of detail needed, and provides evidence to validate other information sources, such as rumours.”

EO4Hum is the culmination of a partnership that has existed since 2011, when Z_GIS began providing data to MSF, also known as Doctors Without Borders. The Geneva-based humanitarian organisation has requested satellite data on displaced populations in more than 25 countries, mostly in East Africa, the Middle East and South Asia. Other NGOs, including SOS Children’s Villages and the International Committee of the Red Cross, also benefit as partners.

One example of EO4Hum’s success has been demonstrated in the central African nation of Cameroon at the Minawao refugee camp. There, dwelling types and resource usage have regularly been analysed using satellite technology. In 2016, the country hosted about 86 000 refugees and 198 000 internally displaced people due to a military conflict in Nigeria that spread to neighbouring countries.

Based on available Earth observation data, MSF scaled up its activities in northern Cameroon to provide healthcare and nutritional support. It also improved water supplies and sanitation, delivering 3000 cubic metres of water per week and helping to build 32 kilometres of pipes as a permanent solution to the water scarcity in the camp.

EO4Hum generally uses imagery from the Copernicus Sentinel-1 and Sentinel-2 satellites for groundwater exploration and environmental monitoring. For camp assessment purposes, the project relies mostly on data from other providers, such as WorldView, Pléiades and Planet. Earth observation complements field surveys for humanitarian aid organisations, which benefit from satellite data that are globally available, offer wide coverage and enable time series production for the detection of trend patterns.

“We recently developed a system that allows us to assess the expansion or shrinkage of larger refugee camps automatically using Sentinel-2 images,” Stefan says. “This means that a camp outline, once delineated, is updated automatically, so that the general trend of population growth or decline in the camp can be monitored at regular time intervals.”

ESA’s technical expertise and infrastructure give NGOs on the ground an added advantage in the fight against global poverty and inequality. As a result, conditions in refugee camps around the world can be improved and humanitarian aid workers are better supported to make informed decisions about emergency situations based on data collected from the safety of space.

*The projects EO4HumEn and EO4HumEn+ were financed by the Austrian Research Promotion Agency (FFG) under the Austrian Space Applications Programme (ASAP). The Aeronautics and Space Agency is part of the FFG and represents Austria’s interests in space at an international level, particularly within ESA.