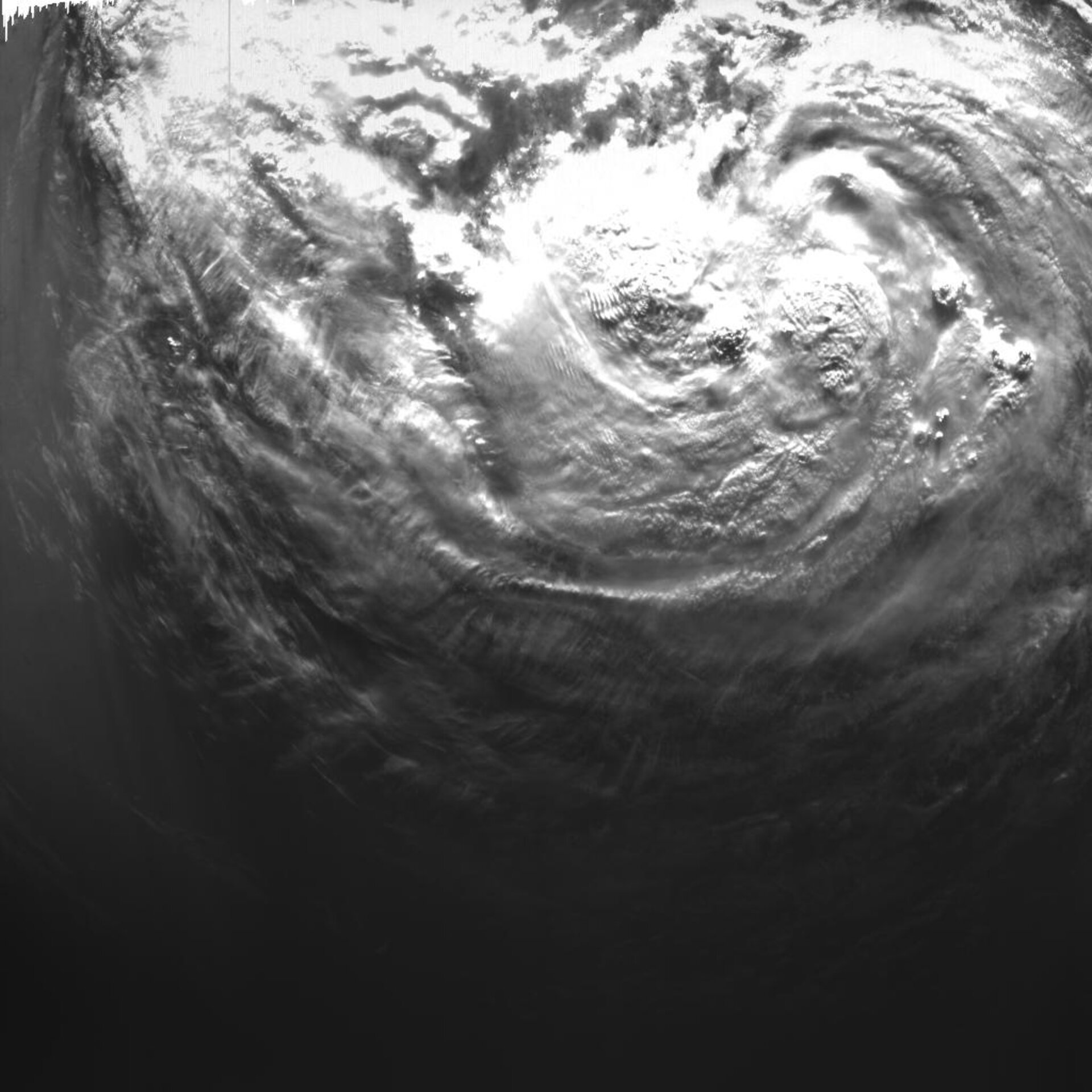 An experimental camera smaller than an espresso cup on ESA’s Proba-2 microsatellite caught this view of soon-to-be Hurricane Isaac as it moved west of the Florida coast into the Gulf of Mexico on Monday.

At the time, Isaac was a tropical storm with maximum sustained winds of around 100 km/hr, with storm-force winds extending around 360 km from its centre.

Isaac is expected to become a fully fledged hurricane during Tuesday, fed by the warm waters of the Gulf of Mexico.

Less than a cubic metre in size, Proba-2’s main mission focuses on observing the Sun and space weather.

Observing in the visible and near-infrared with a 100º field of view, the monochrome X-Cam is housed on the underside of the microsatellite, one of 17 new technologies being demonstrated by Proba-2.

The instrument was designed by Swiss company Micro-Cameras & Space Exploration, the latest in a series of miniature cameras built by the company for ESA missions such as Proba-2 and SMART-1.

One on Rosetta – now cruising through deep space – should provide us with the first views from the surface of a comet in 2014.

In future, similar compact imagers could keep watch on satellite surfaces to look out for damage or environmental effects.