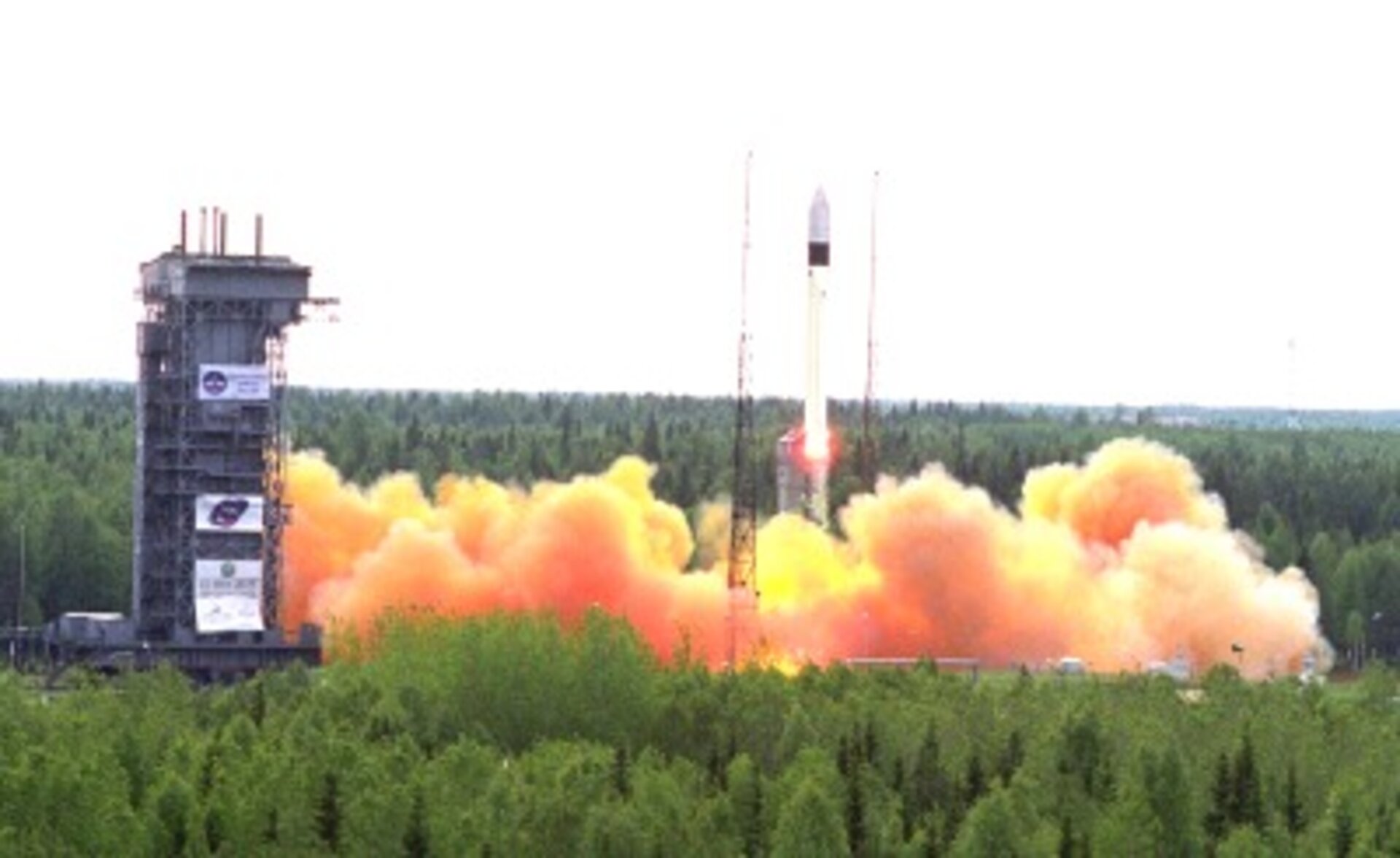 SMOS was launched on 2 November 2009 by a Rockot vehicle from the Plesetsk Cosmodrome in northern Russia. Proba-2, one of the smallest satellites ever built by ESA, piggybacked its way into orbit on the same rocket.

Situated in the Archangel region of Russia at 62° 54' North and 40° 23' East, Plesetsk is Russia’s most northerly rocket base, used to place mainly military satellites into polar orbits, and the only orbital launch site located within European territory.

Surrounded by Taiga forest on the eastern banks of the Yemsta River, Plesetsk was founded as the world’s first operational intercontinental ballistic missile base.

At the end of the 1950s, four launch complexes were built there for the Semyorka R-7 launcher that continues today as the Soyuz manned vehicle.

In the early 1960s Russia needed a launch site that could reach militarily useful polar orbits inaccessible from Russia’s main site at Baikonur in Kazakhstan.

The job of selecting a site for a northern cosmodrome began in early 1962. At the end of that year, Plesetsk was selected and on 2 January 1963 Plesetsk was made a cosmodrome by Presidential decree.

Until 1983, the very existence of Plesetsk was a state secret, but after the end of the Cold War it was opened up for commercial launch services. Today, Soyuz, Cosmos-3M, Rockot and Tsyklon vehicles are flown from Plesetsk. ESA’s Earth Explorer gravity mission, GOCE, was launched from Plesetsk in March 2009.

The adaptation of the SS-19, which was designed as a weapon of war during the early 1970s, uses the original two lower liquid propellant stages of the ICBM in conjunction with a third stage for commercial payloads called Breeze-KM, optimised for delivering up to 1950 kg into low Earth orbit.

Around 150 of the SS-19 missiles were declared as excess in military terms by the Strategic Talks on Arms Reduction Treaty (START) agreements signed by the US and the Soviet Union in 1990 and 1991, but were permitted to be reused as civil launchers.

The SS-19 ICBM has flown over 140 times, with three failures, early on in its operational history. Rockot began commercial launches in 2000 and has since flown eight times, seven of which were flawless.

The October 2005 launch of ESA's CryoSat failed when the control system in the Breeze upper stage did not execute the command to shut down the second stage’s engine. All Rockot launches were suspended until the cause was identified.

Corrective measures for Rockot's return-to-flight were taken for the South Korean Kompsat-2 Earth observation satellite launch, which was successful in July 2006. In March 2009, ESA’s Earth Explorer satellite GOCE was launched into low orbit by a Rockot from the Plesetsk Cosmodrome.