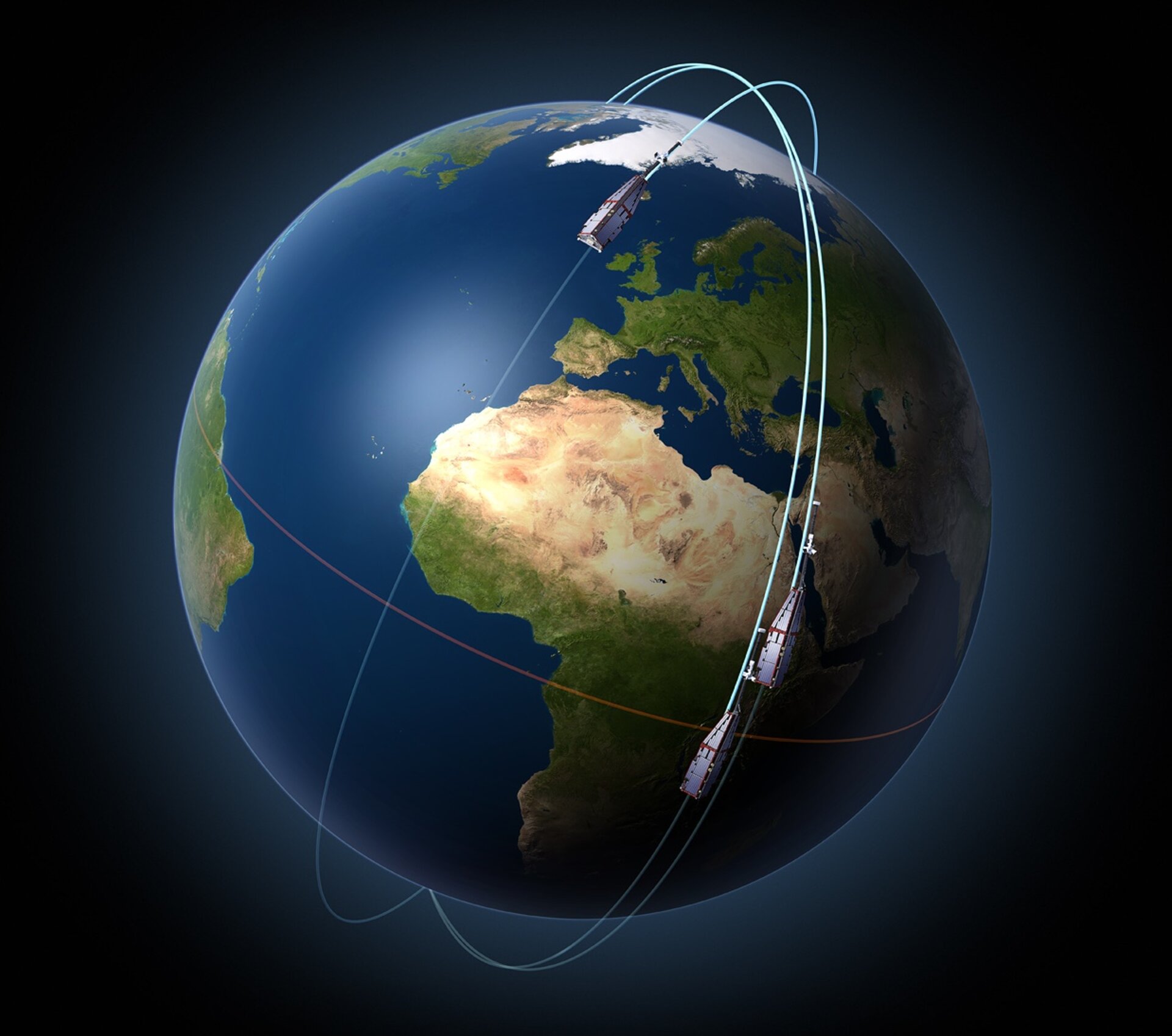 ESA’s Swarm satellites, which will unravel the complexities of Earth’s magnetic shield, are being put through their paces to ensure that they will withstand the rigours of space. Marking an important milestone, the first satellite has undergone magnetic testing.

Comprising three identical satellites, Swarm is ESA’s first constellation of Earth observation satellites. They are due to liftoff together on a Rockot launcher from Plesetsk in northern Russia next year.

As the launch date grows closer, all three satellites are being subjected to an intense testing programme at IABG in Ottobrunn, Germany.

The magnetic field acts like a shield protecting the planet from charged particles that stream towards Earth in solar winds. Without it, life on Earth could not exist.

It is known that the field is mainly generated deep inside Earth by an ocean of swirling iron that makes up the liquid outer core.

Other sources of magnetism come from rocks in the crust and electric currents flowing in the ionosphere, magnetosphere and oceans.

However, Earth’s magnetic field holds many mysteries; how it is generated and how it changes over time is complex and not fully understood. It is in a constant state of flux and, currently, shows signs of weakening.

ESA’s Earth Explorer Swarm mission sets out to improve our understanding of this enigmatic force.

To do this, the satellites carry a new generation of magnetometers to identify and measure the magnetic signals that stem from the various sources with unprecedented accuracy.

These advanced sensors are mounted on the satellite’s 4 m-long boom to minimise interference from the electric units on the craft.

Carried out by engineers from EADS-Astrium, the testing programme began over a year ago. This long series of tests simulates the harsh environment of space, exposing each satellite to different temperatures, vibration and shocks.

The instruments and satellites have, so far, all performed well.

As part of this intense period, the first of the three satellites has recently completed the all-important magnetic tests.

These particular tests are carried out in a ‘magnetically clean’ environment – hence the wooden floor, which may seem a little unusual for a satellite cleanroom.

In fact, the magnetic testing facility is in a forest, far from any other buildings to minimise any magnetic disturbance.

Determining the magnetic properties of the satellite and different instruments is a painstaking exercise. The satellite is put in a number of positions and readings taken to work out where the signals come from and how strong they are.

One of the most important tests is to characterise the properties of the magnetotorquers, which are used continuously to keep the satellites at the correct attitude as they orbit Earth. As their name suggests, they are magnetic so an accurate assessment of the field they generate is essential to the accuracy of the mission.

The testing programme will conclude next February, after which the three satellites will be packed up and shipped to the Plesetsk Cosmodrome where they will be made ready for launch in July.