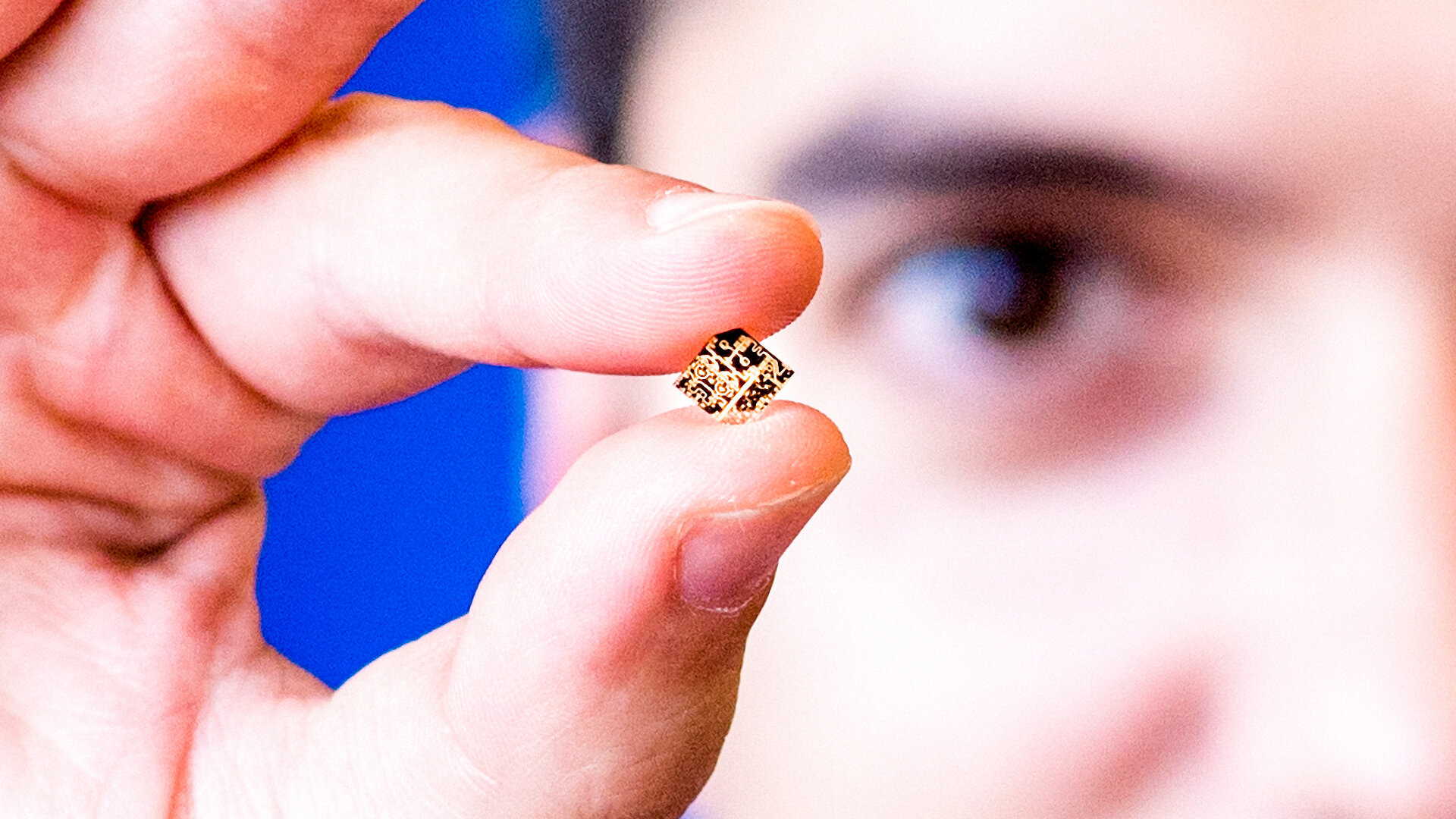 Microwave radio signals – able to pass freely through Earth’s atmosphere as well as empty space – play a role in just about everything, including mission telemetry and telecommands, satellite services and broadcasting, navigation and timing signals and radar, along with other forms of active remote sensing.

ESA’s Radio Frequency Technology and Equipment Section works on all types of microwave technologies. I worked there until recently, focused on RF-active technologies such as microwave amplifiers and transmit/receive modules. If a signal going to the ground is going to have sufficient energy that your TV can acquire it, then you need to amplify it at satellite level before it is transmitted down to Earth.

There are two types of amplifier: firstly, those based on vacuum tube technologies, such as ‘travelling wave tubes’, which are old technology but pretty much unbeatable in terms of power and efficiency, based on the interaction between an electron beam and the RF signal in a vacuum envelope, transferring power from the electron beam into the RF signal, triggering amplification.

The alternative solid state solution is often more compact. They are based on semiconductor transistors where small variations of the input voltage are translated into larger variations of current at the output. The main issue of these devices is that, contrary to vacuum tube amplifiers, their gain decreases with frequency. You know, electrons prefer vacuum!

Because this frequency is so low, a vacuum tube amplifier would be too heavy and bulky for the type of satellite we envisage. Instead Biomass has baselined solid state amplifiers using novel high-power semiconductor gallium nitride, harnessed for space through the ESA-led  ‘GaN Reliability Enhancement and Technology Transfer Initiative’ (GREAT2) consortium.

So, while the GaN technology has already been qualified, what we need to do is put that into a hermetically sealed package that can be flown in space – specially tailored to avoid any risk of electrical discharge or similar operating risks – and then put through rigorous lifetime testing to ensure reliability, arriving at a guaranteed mean time to failure.

After the transistor is packaged, at solid-state power amplifier (SSPA) level we're concerned about things like overall electrical performance and thermal dissipation, checking that waste heat is carried away without affecting component reliability – along with all the usual qualification steps of vibration, shock and thermal vacuum testing. The mission needs six SSPAs in total, each of these with three packaged GaN transistors inside. Nevertheless we are qualifying a larger amount of packaged transistors to have a safe number of parts.

For basic research we’re really privileged here at ESTEC, being able to propose new projects to try extend the current worldwide state of the art, using ESA R&D programmes like the Basic Technology Research Programme or Networking/Partnering Initiative to tap into academic expertise to tackle particular problems. As a good example, in 2011 we proposed integrating several functions into a transmit/receive module on a single chip.

Today that 6 x 6 mm prototype chip is now fabricated – also harnessing GaN – putting together a high-power amplifier, low-noise amplifier, a transmit-receive switch and a calibration coupler: what would normally involve an individual chip or circuit for each of these functions. The concept is applicable to any frequency band. In this case, we demonstrated the concept in C-band (for Sentinel-1) and it yielded three times more output power than the current amplifier on board these satellites, with savings of about 40% in terms of size.

There were all kinds of challenges in integrating all these functions on such a small chip. For instance, having the high-power amplifier beside the low-noise amplifier – the heat from the former could for instance compromise the performance of the latter, but we were able to come up with system-level solutions, such as switching off elements when not in use.

The potential is there for more sensitive radar instruments combining decreased mass or extended duty cycles for future Sentinel-1 follow-ons – here in the Directorate we are further maturing the concept within our General Support Technology Programme.