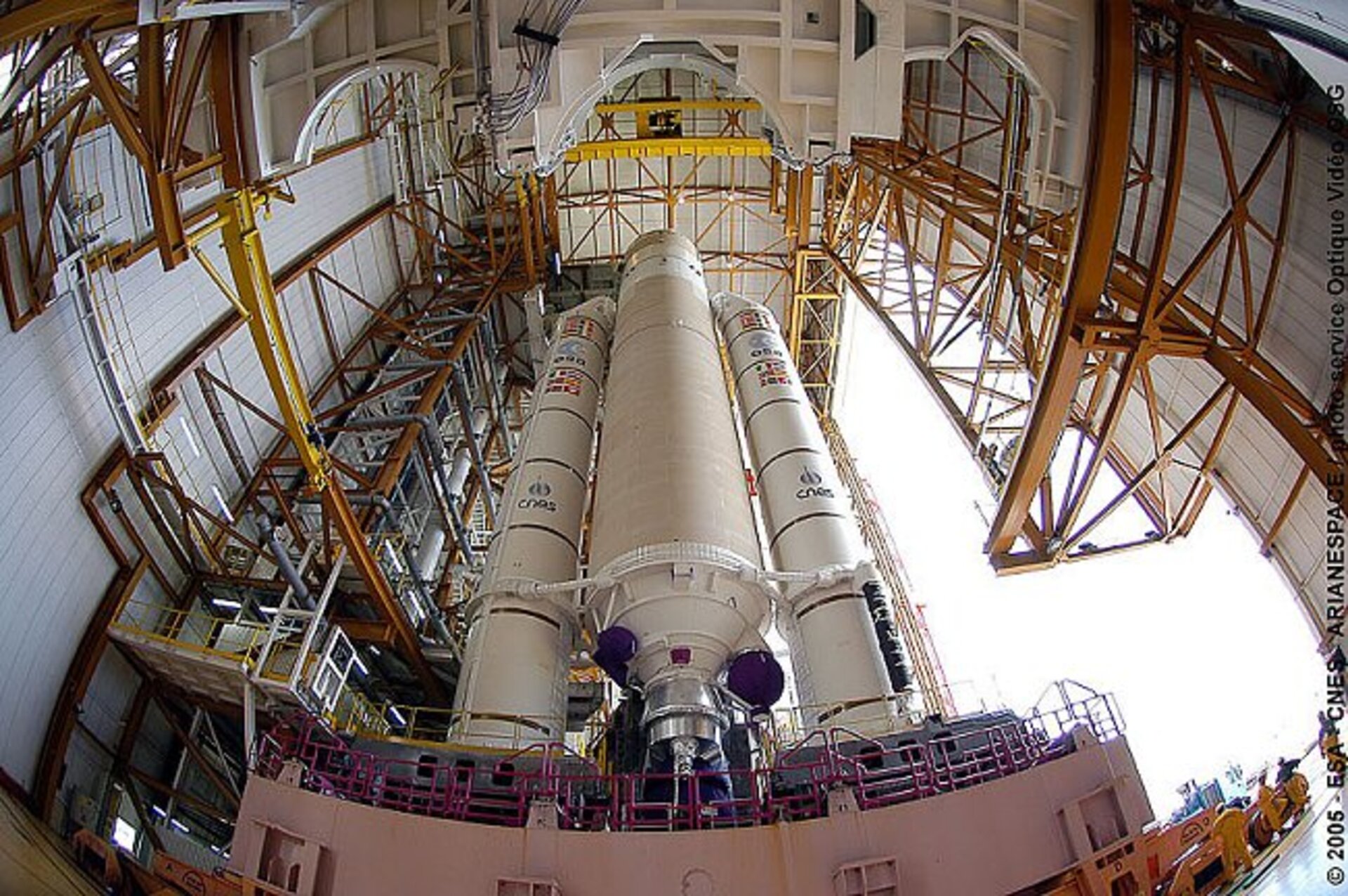 Preparations are well underway for the qualification flight of Europe’s latest launcher, the Ariane 5 ECA, from Europe's Spaceport in French Guiana. The launch window opens on the evening of 12 February at 16:49 (20:49 CET) and will extend until 18:10 (22:10 CET).

Ariane 5 ECA will be able to place heavy payloads of up to 10 tonnes into geostationary transfer orbit (GTO) in comparison to the 6-tonne payloads placed into GTO by the Ariane 5 Generic launchers. The increased performance of the Ariane 5 ECA is due to two main differences:

Since the failure of the first Ariane 5 ECA Flight in December 2002, the Vulcain-2 nozzle extension has been redesigned and tested, and an exhaustive review of the whole launcher has been conducted.

Flight 164 will carry three payloads on its journey into space:

A successful rehearsal of the entire launch countdown - including final fuelling and countdown but stopping short of ignition - took place on 12 January. This enabled mission team members to validate launch procedures, and test all launcher equipment and ground facilities.