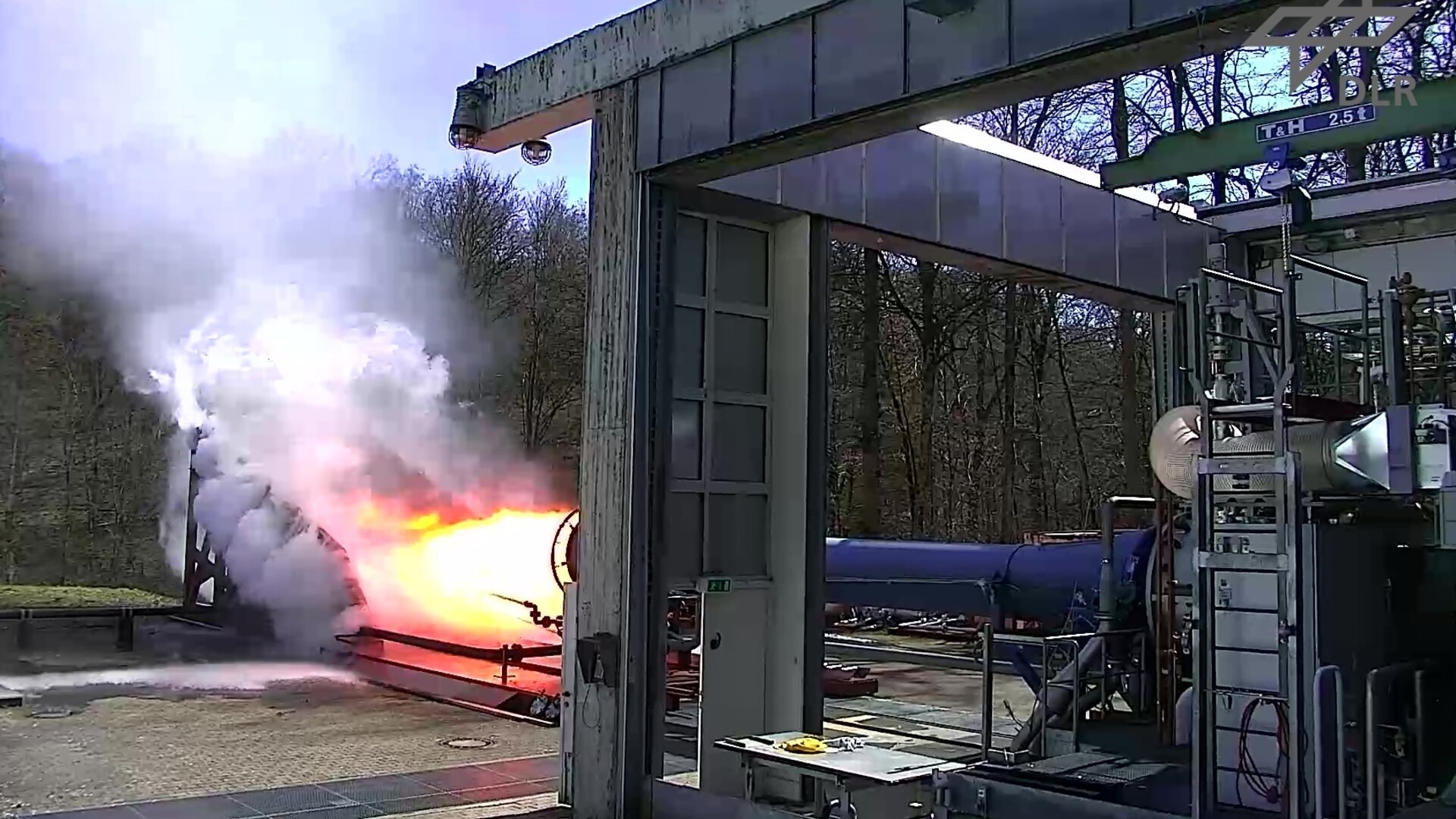 ESA has recently completed hot-firing tests that prove technologies in a move towards ‘intelligent’ engines to power the upper stages of next-generation launchers.

The Expander-cycle Technology Integrated Demonstrator, or ETID, is a full-scale integrated demonstrator for an upper-stage rocket engine.

In total, four configurations of ETID with three new combustion chamber geometries and designs were tested.

Two different injector heads, including a fully 3D-printed version were also tested, as well as a regenerative nozzle that optimises the engine cycle by maximizing the heat pick-up.

Both the combustion chamber and the nozzle use the heat of the combustion to pre-heat and therefore “expand” the hydrogen propellant before combustion. The flow of cold hydrogen also has the effect of cooling the hardware, keeping the temperature within reasonable limits during operation.

In the first step towards an ‘intelligent’ engine, there is a fault-tolerant controller associated with the valves.  If any electrical component fails, the control system automatically compensates so there is no functional impact.

Overall, 23 tests were performed for a total operating time of 2707s. During the testing 49 different operating points were reached, including testing the behaviour in “extreme” regimes – such as increasing the flow of cool hydrogen in the system and therefore “over-cooling” the hardware during operation.

This shows the versatility of the ETID design to operate over wide mixture ratio and chamber pressure ranges. This variety of operating points will also help to calibrate the numerical models used to design subsequent engines and predict their performance.

The ETID project was carried out within ESA’s Future Launchers Preparatory Programme.