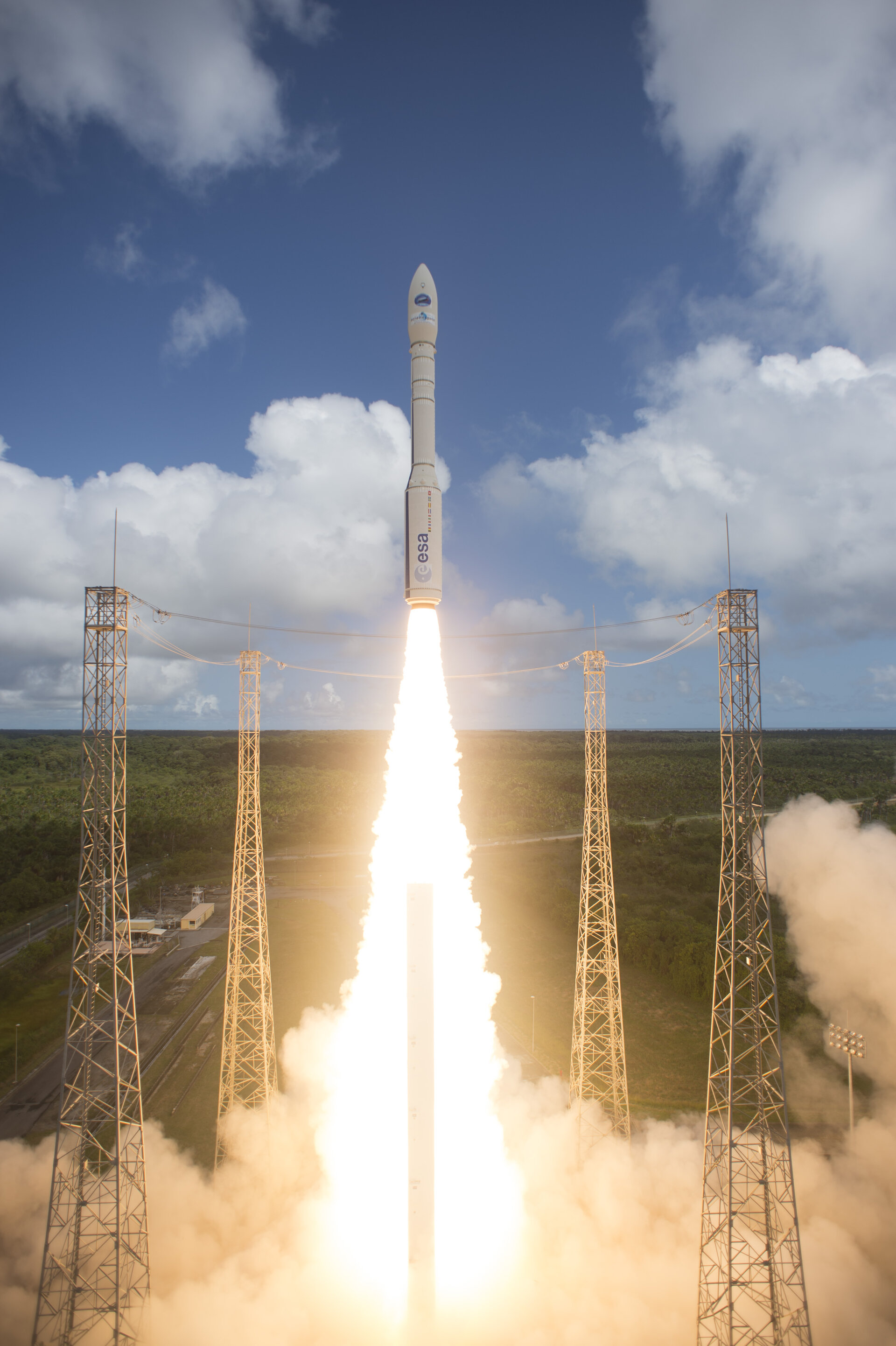 Vega’s second qualification flight to demonstrate its flexibility under the Verta programme was used to loft ESA’s IXV experimental spaceplane.

Flight VV04 was operated by ESA using the third launcher procured under the Verta – Vega Research and Technology Accompaniment – programme.

For the first time, Vega took an equatorial trajectory instead of heading north into the polar or Sun-synchronous orbit – the core of Vega’s market – as in previous flights.

Vega headed eastwards to release IXV into a suborbital path reaching all the way to the Pacific Ocean to demonstrate autonomous European reentry capability for future space transportation.

Vega is designed to carry scientific and Earth observation payloads of 300–2500 kg, depending on the orbit and altitude.

Weighing close to 2 t and the size of a car, IXV came close to the upper limit of Vega’s capabilities and was a snug fit inside the protective fairing.