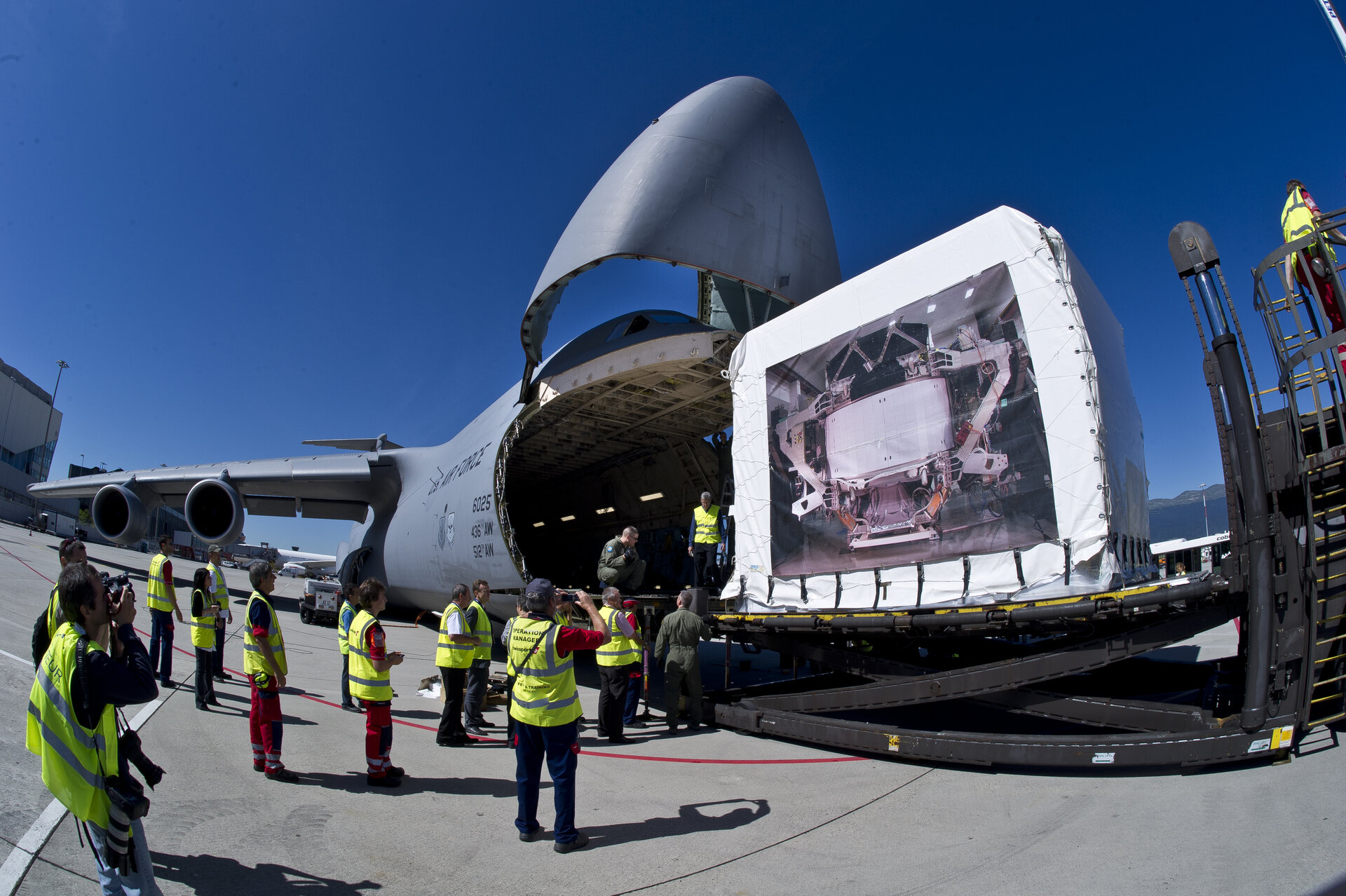 One of the most complex space scientific instruments ever built, the Alpha Magnetic Spectrometer (AMS-02) arrived at the Kennedy Space Center in Florida, escorted by astronauts who will fly with it on the Space Shuttle in February 2011.

The antimatter hunter AMS-02 began the first stage of its voyage to the International Space Station (ISS) from Geneva international airport, in Switzerland. During a ceremony organised by the European Organisation for Nuclear Research (CERN), the experiment was loaded onto the US Air Force Galaxy transport aircraft that carried it to Cape Canaveral.

AMS-02 will not only be the largest scientific instrument to be installed on the ISS, but it could also be considered the result of the largest international collaboration for a single experiment in space.

Even before its launch, the Alpha Magnetic Spectrometer has already been hailed as a success with more than a decade of work and cooperation between 56 institutes from 16 different countries. The AMS-02 experiment is led by Nobel Prize Laureate Samuel Ting of the Massachusetts Institute of Technology (MIT).

Searching for the ‘missing Universe’

AMS-02 will help scientists to understand better the fundamental issues on the origin and structure of the Universe by observing antimatter and ‘dark’ matter. With a magnetic field 4000 times stronger than the magnetic field of Earth, this state-of-the-art particle physics detector will examine directly from space each particle passing through it in a programme that is complementary to that of the Large Hadron Collider.

As a by-product, AMS-02 will gather a lot of other information from cosmic radiation sources on stars and galaxies millions of light years from our home galaxy. Not only astronomers, but also particle physicists, are eagerly waiting for its data.

The ISS stands out as a unique platform for AMS-02. “It is the only place where it can be installed due to stability reasons, the long-term exposure and also because we can always refurbish the instrument if necessary,” explained Simonetta Di Pippo, ESA’s Human Spaceflight Director..

The experiment is expected to remain active for the entire lifetime of the ISS and will not return back to Earth. “The ISS is set to be utilised for scientific and exploration purposes, so it is important to count on an instrument that can remain fully active for more than a decade,” emphasised Di Pippo.

Exhaustive tests in ESA’s testing facilities at ESTEC, Noordwijk, The Netherlands, played an important role in the decision to replace the original superconducting magnet for a permanent one with a longer life expectancy.

After its arrival at the Kennedy Space Center, AMS will be installed in a clean room for more tests. A few weeks later, the detector will be moved to the Space Shuttle, ready for its last mission.