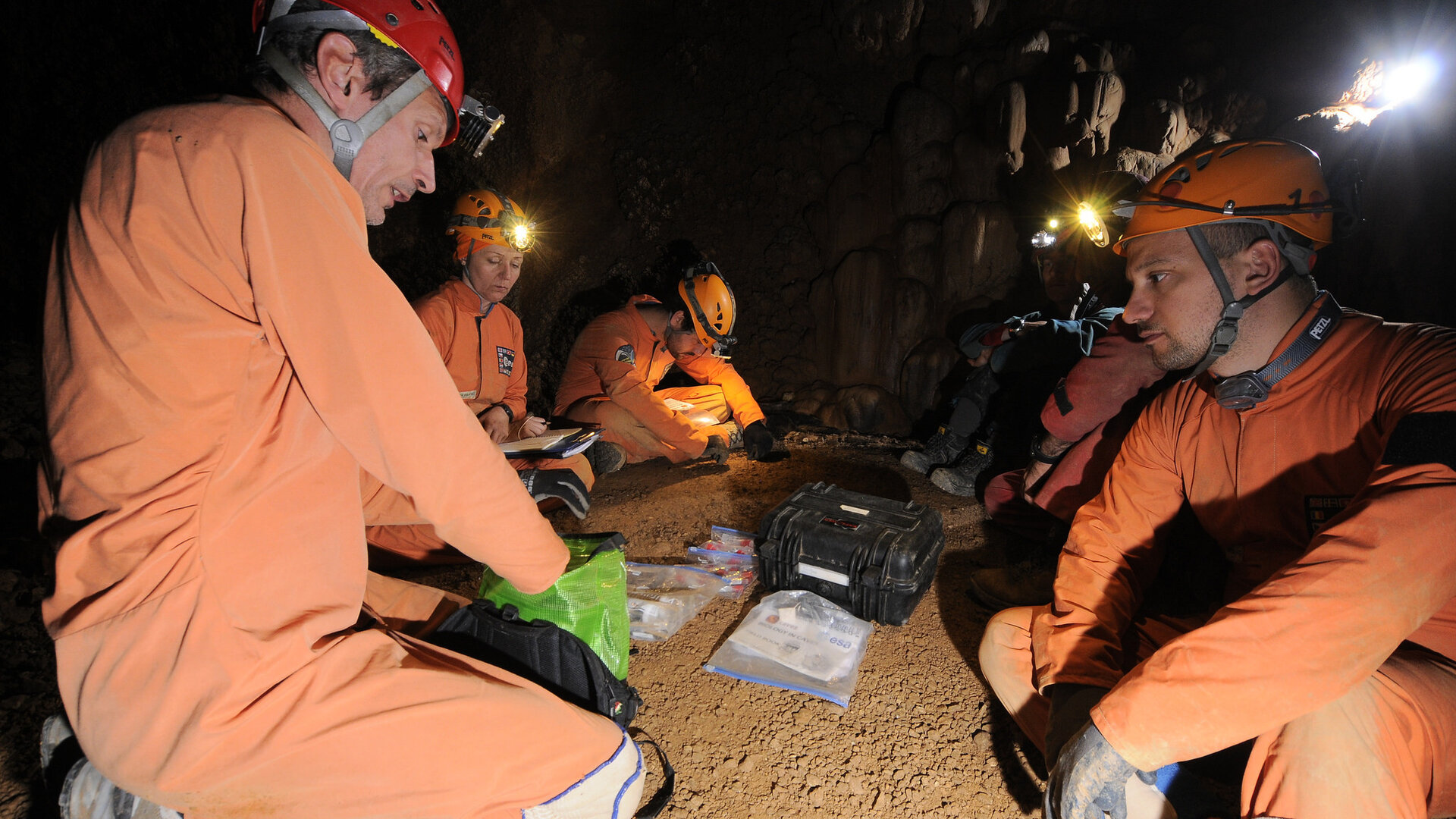 Each year, ESA sends up to six astronauts down into the caves of Sardinia, Italy, for two weeks on a simulated space mission.

New and experienced astronauts from different space agencies are invited on underground ventures to improve their exploration skills and learn from each other in a multicultural team.

This year will see an underground reunion for ESA astronaut Luca Parmitano and cosmonaut Alexander Misurkin. They spent three months together on the International Space Station last year during Luca’s mission.

Joining them will be experienced NASA astronaut Mike Fossum*, a Station commander and veteran of seven spacewalks.

“Exploration can go in many different directions,” says Luca. “The infinite horizon and absolute black of space has an indisputable allure, but the darkness of a cave, snaking underground into places where light never visited, reminds me how much we still don’t know about our planet.”

The ‘rookies’ this year are Russian Sergey Kud-Sverchkov and American Scott Tingle, currently training all over the world to prepare for their missions in space.

Apart from the exploration and science that is part of every CAVES expedition, the course designers from ESA’s European Astronaut Centre in Cologne, Germany, are focusing this time on making mission operations as close to the real thing as possible.

Procedures will now be exactly like those used on the International Space station, with the same format, terminology and standards. This reduces the training each astronaut needs and improves their effectiveness on mission.

Daily planning conferences, as on the orbital outpost, will give the ‘cavenauts’ their scientific duties for the day and discuss operations.

“Cavenauts will need to rely on a mobile underground communication system, and on daily mission logs sent back to the ‘ground’ team,” notes Loredana Bessone, CAVES project manager.

“Last year’s team pushed their exploration further than ever before. This year, the team will need to set up an advanced exploration camp, out of reach of their base campsite and its communication system.”

The explorers will also test computer tablets for collecting and synchronising experiment data.

To discover more about CAVES, check the website and listen to what astronauts say about it in the video below.

Find out more about the 2014 cavenauts.

*Editors note: Mike Fossum is no longer able to participate in the 2014 CAVES expedition. He has nominated  Matthias Maurer, from ESA Eurocom, to replace him. 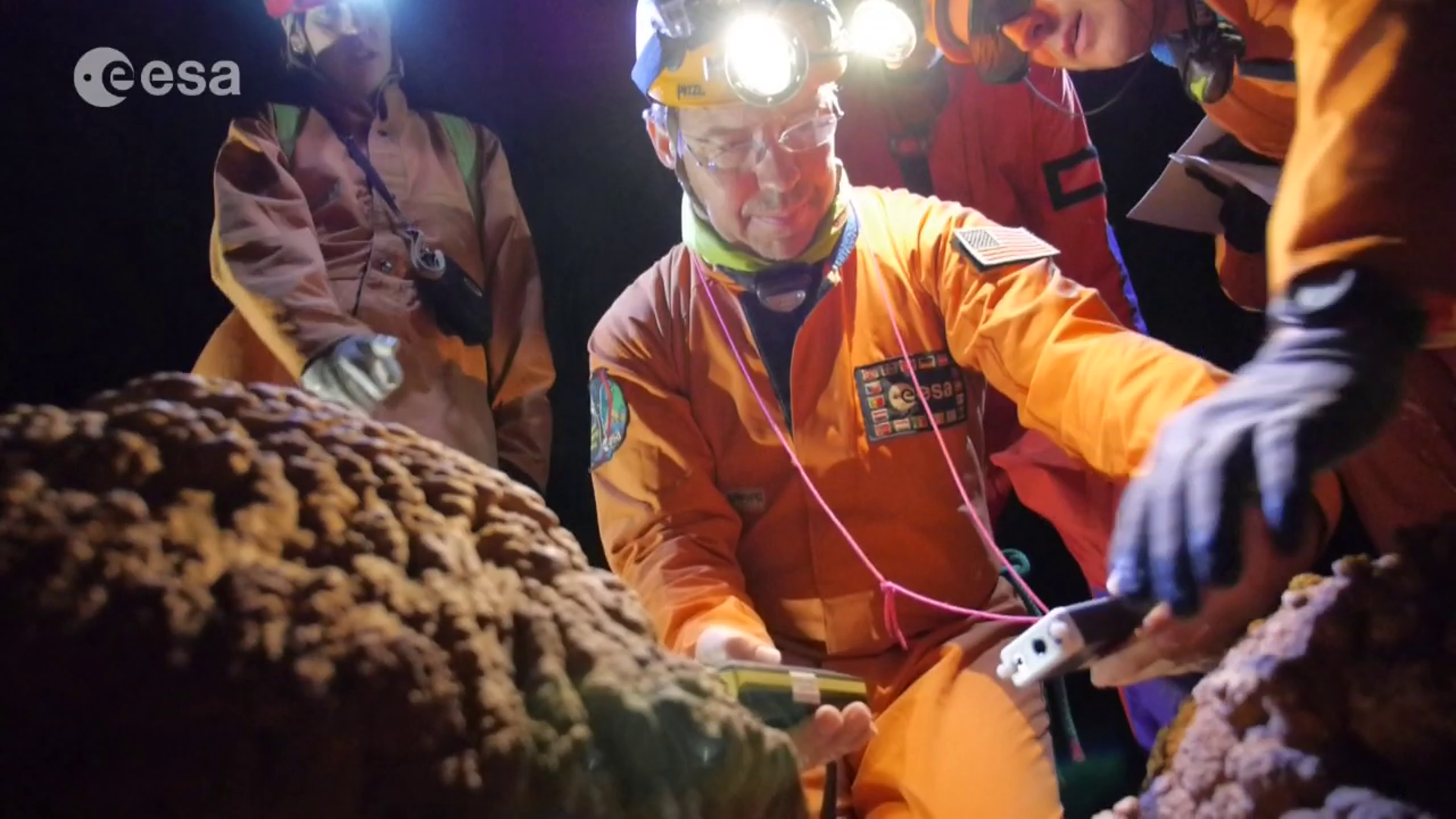