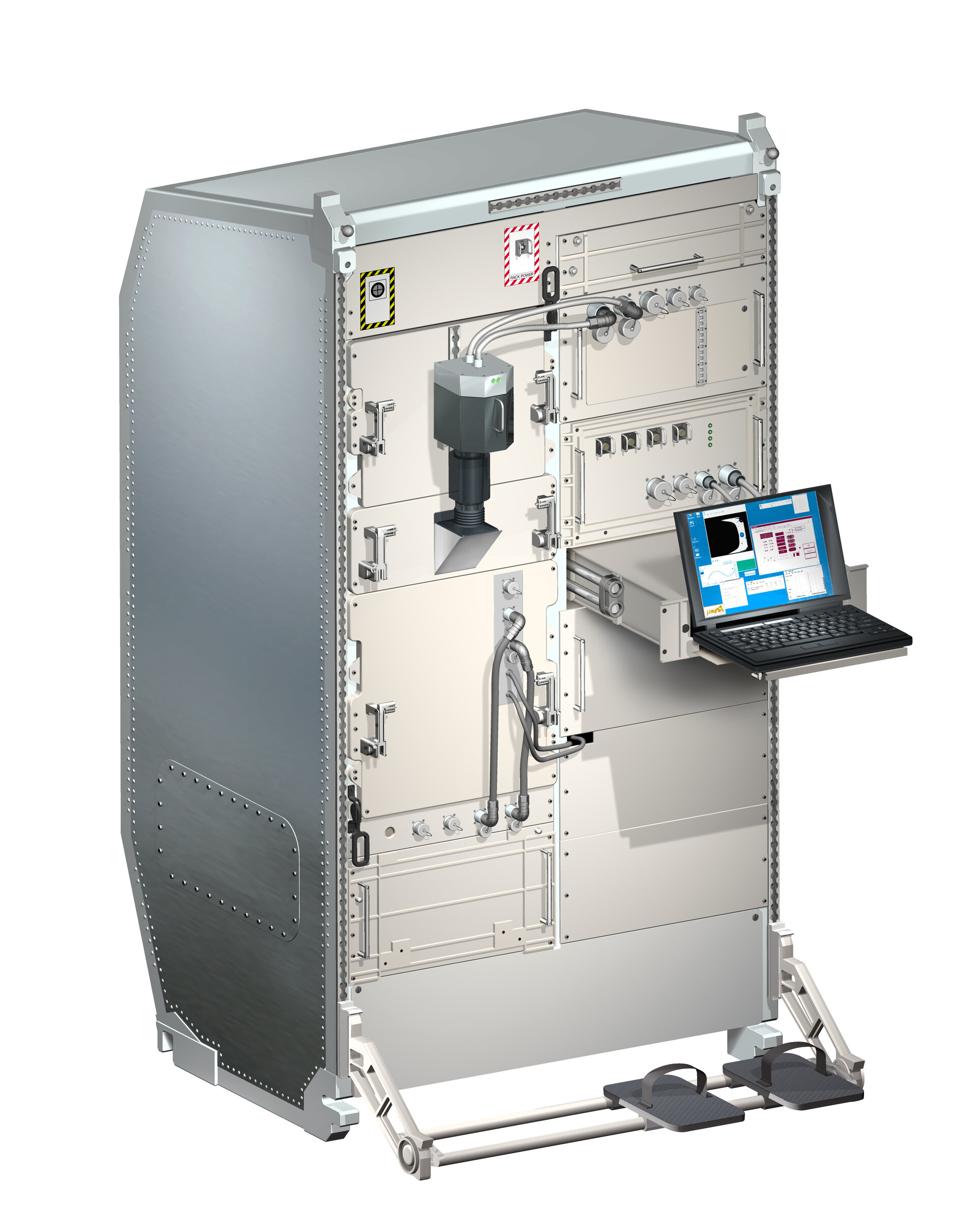 The Fluid Science Laboratory is a multi-user facility to study the dynamics of fluids in the absence of gravity. This allows investigations on fluid dynamic effects, phenomena that are normally masked by gravity driven convection, sedimentation, stratification and fluid static pressure. These effects include diffusion-controlled heat and mass transfer in crystallisation processes, interfacial mass exchange, simulation of geophysical fluid flows, emulsion stability and more.

The Fluid Science Laboratory is housed in the European Columbus laboratory. Prepared Experiment Containers are transported separately by space ferries such as the European Automated Transfer Vehicle or Russian Progress vehicles.

Each Experiment Container has a typical mass of around 25 kg, with a maximum of 40 kg, and standard dimensions of 400 x 270 x 280 mm. The fluid cell assembly (including the process stimuli and control electronics) are accommodated within this volume. An Experiment Container may also be equipped with dedicated experiment diagnostics to complement the standard diagnostics provided by the Fluid Science Laboratory itself.

The control concept allows alternative modes of operation consisting of fully automatic, semi-automatic and fully interactive experiment processing (step-by-step command keying by a member of the crew). All these modes may be initiated either by the flight crew or from the ground in almost real-time).

The Facility Responsible Centre for the Fluid Science Laboratory, has the overall responsibility to operate the facility according to the needs of individual Experiment Container Providers. The individual principle investigators can have own User Home Bases from where they can monitor the processing of their experiments.

The Fluid Science Laboratory was launched aboard the Space Shuttle accommodated within the Columbus laboratory on 7 February 2008. Since then the facility is accessible to the scientific community.

A facility like Fluid Science Lab, which can be used over and over again with different Experiment Containers, allows shorter individual mission preparation times and contributes to a faster scientific development in the specific field.